You are here: Cran World » Archives for September 1999

The suspense is building.. you can’t wait to get your hands on “Just My Imagination”.
OK, maybe you’re not as excited as I am. Never the less, if you ARE as excited as me, I’ve got some small morsels to help you hold the tide. 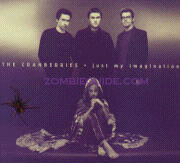 Now I don’t know for sure what version this will be on, but I would suspect the international version. 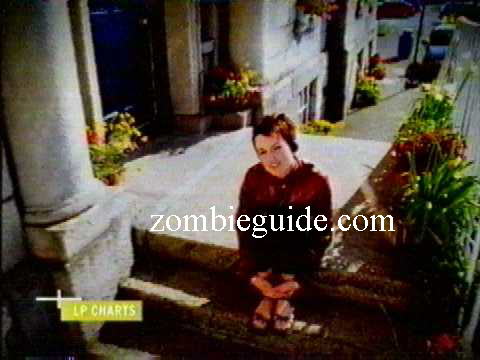 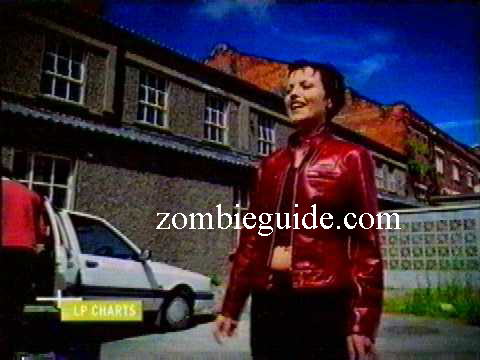 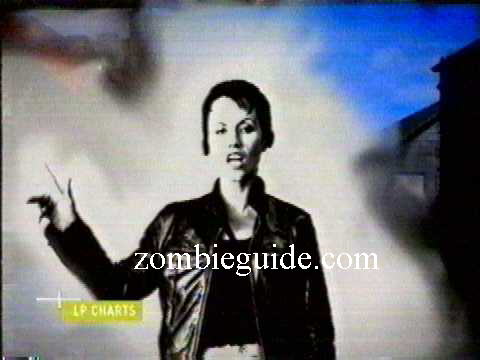 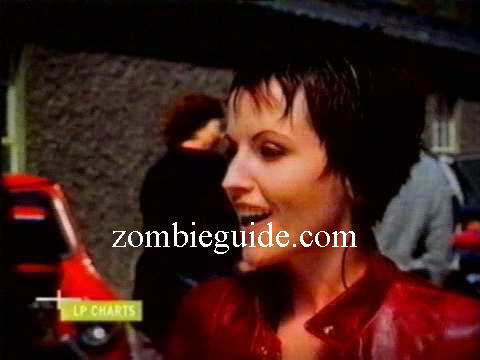 Ok, I now have the JMI release date for Europe! The Euro Release date is October 4th. You can expect the US and International release to be very close to that date.

So mark it on your calenders!

September 16, 1999  |  Comments Off on Just My Imagination Cover/Tracks!  |  by Zombieguide Archives  |  The Cranberries

Ahh.. I’ve been waiting for this! Tracks and covers for Just My Imagination! Without a moment wasted, here they are:

Interesting. It sounds to me that the Berries have left the most gloomy material for B-sides as not to affect the feel of the album (Sorry Son, Papparazzi on Mopeds, and now likely Such a Shame).

And here are the covers: 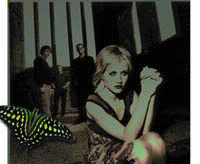 Look famililiar! Of course! I had a sneaking suspicion and I was right.

Another thing to ponder is why is there CD1 and CD2? Are these UK editions? If so, that must mean that although JMI will be released in America, it is not an American-exclusive release.

I’ve got the Elle artice typed up for you. (Some of you complained you could’t read the picture).

“A Young Woman’s Guide to Being a Rock Chick” 5. NEVER LOSE SIGHT OF THE THINGS THAT MAKE YOU HAPPY Dolores O’Riordan “I’m dividing my time between my band and my motherhood,” beams Dolores O’Riordan, elfin lead singer of The Cranberries from her 300-acre farm, nestled between Tipperary, Cork and Limerick. A star since she was 19, and famously the fifth richest woman in the british isles, Dolores summarises her career: “The Cranberries started at naught, went right to 10, and then we lost the plot. Three years ago, I came off the road and I was really mentally ill. What was the point of being really famous, having loads of money and having no reality?” A two year break, a baby, Taylor Baxter Burton (“You suddenly realise what the essence of life is”), seven horses, two dogs and the Irish countryside have worked their healing magic: “My family’s waiting for me. It’s very stabilising.” And for God’s sake, ignore your critics: “They can really disturb you. Do whatever you feel you were put on this earth to do. To heck with everybody else.”

Thanks to my good friend Erik Antonie (Bahiatr@aol.com) for typing the article! 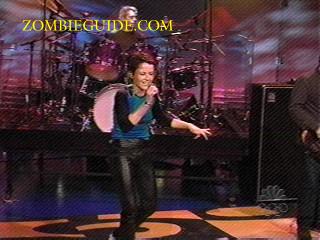 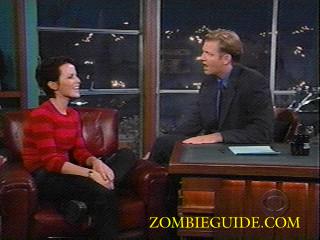 Yes, as promised in the email mailing, we’ve got EXCLUSIVE vidcaps of the “Just My Imagination” video! 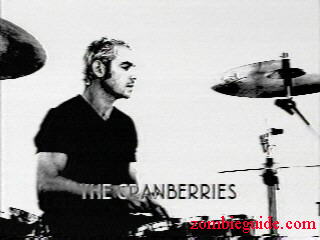 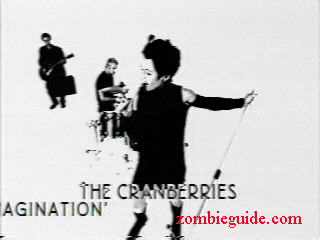 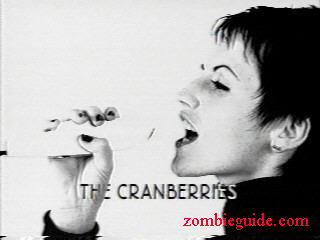 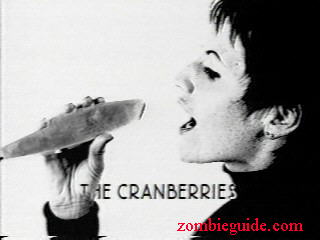 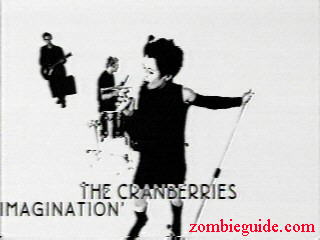 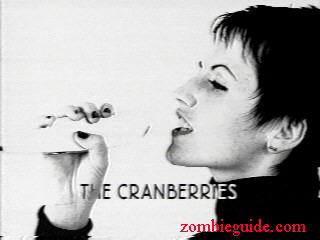 Thanks for your emails! I got alot of info that some people sent me.

Westh 54th is a concert show that appears on PBS. Usually it comes on after “PBS On Tour”. It’s more a private show, with a smaller, more intimate audience. The official West 54th hompage is at:

The Berries are not on the schedule for September, so they’ll probably appear next month.

Thanks to Yeats Grave (yeatsgrave@aol.com) and cen23173 (cen23173@mail.ld.centuryinter.net) for the info!

This statement is on the “What’s New” section of the official page:

“The Cranberries will tape Sessions at West 54th! Air date to be Announced”

So what is West 54th? A radio session? If anyone has any info., please email me!

Word around the campfire is that the Cranberries will be doing a benefit show on November 22nd. According to the source, the band, along with U2, The Corrs, and other bands will be doing a show in Ireland for peace in Ireland.
If I get some more facts, I’ll put them up.

I know some people have wanted to see recent article about Dolores in the European Elle magazine. So here’s the scan!

While “Animal Instinct” is on the charts in places in Europe, some radio stations are airing yet another song from “Bury the Hatchet”. That song is “Dying in the Sun”. So will this song be the next single in Europe? Decide for yourself.

I got some more info about the new CD included with the tour books. The cover has the red room shot with Dolores lying on the bed. I also says “The Cranberries Loud and Clear Tour 1999” on the cover. The disc has the same inscription and also says “Limited Edition”. The CD contains the following tracks:

I don’t know where the tracks were recorded or if the price of the book rose because of the CD.

Thanks to Brian Woodruff (bbam@infinet.com) for the info!

September 7, 1999  |  Comments Off on Band Celebration  |  by Zombieguide Archives  |  The Cranberries

From Fergal at the official page:

“Hi , it’s me again.
We are in Minneapolis, and badly hung over I’m afraid!! We played in Chicago last night and it was a great gig so everyone was in flying form. As today is Dolores’ birthday we threw a surprise party after the show which continued onto the bus. We have about twenty or so people working with us on the tour and they are all really nice so it’s always good to have a night like that to help everyone relax after working so hard for the past few weeks.
I’m afraid I have to go back to bed now for a snooze so I’ll talk to you again in a few days.
Take care,
Fergal.”

Looks like the band partied a little TOO much! 😀

September 6, 1999  |  Comments Off on Happy Birthday Dolores  |  by Zombieguide Archives  |  The Cranberries

Appearently, there is a new edition of the Loud and Clear Tour Book. It comes with a limited edition CD, but what it is, I’m not sure. If I had to guess, I would assume it’s the 4-track live CD that came with some limited editions of BTH, but I don’t know for sure. When I get more info., it’ll be up here!

September 6, 1999  |  Comments Off on Upcoming Appearences  |  by Zombieguide Archives  |  The Cranberries

Here are some upcoming appearences on TV, etc., by the Berries:

15th Sept: Band appearance on Jay Leno show (USA), performing “Just My Imagination”
15th Sept: Dolores is being interviewed on the Craig Kilborn Show (USA). (NOTE: CBS in the US)
16th Sept: Band will be making an in-station visit to KYSR/Star Lounge. (3 acoustic tracks).
18th Sept: There will be a live webcast of the San Francisco show that night. (URL details coming soon)