You are here: Cran World » Archives for February 2000

Another odd piece of merchandise… This Bury the Hatchet tour jacket surfaced just recently, which leaves me to believe that it is from the latter tour leg, from last December.

Well, if I hadn’t seen a picture, I would claim it didn’t exist. Below is a scan of the Guitar Tabs book for Bury the Hatchet. It looks like the book was Euro-only release. Songs (in order) are: 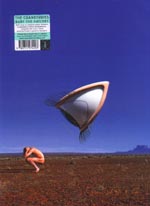 “You and Me” Video Release

Well, it looks like the editing of the “You and Me” music video is finished and is ready for airing. The official page states that music channels should begin showing the video very soon. The video was recorded live last December in front of 17,000 in Paris, France.

According to the official page, the release date for the Live in Paris video is June 5th of this year. The video will be released worldwide in DVD and VHS formats.

According to a recent press conference, Dolores and Fergal have confirmed a summer tour date. The date is April 29th, and the city is Dublin, Ireland. This will be after the Espárrago Rock concert, making it the second live show this year.

Yet Another CK Photo

Here we have yet another photo as offspring from the CK photo shoot. 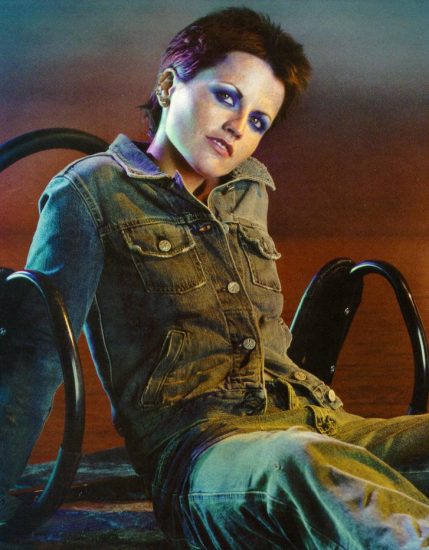 We have a very nice high-res shot of Dolores from current US magazines with the advertisement. The image is quite large, so click the thumbnail below for the full size.

Apparently, quite a few people thought the recent French EPOK article was one of the best they’ve read in years, so here’s some highlights for you:

“She was interviewed in Epok, a French zine and the article was really interesting as she [Dolores] stated that she did not like at all who she was before (during the EEIDSWCW period), and that she would never again write songs such as Zombie, because of the political issues when you wrote such engaged rock…quite surprising though. I will definitely post the whole French article there soon, as it made me thought of all the opinions that were posted a month ago about what this list members think of ‘Berries music and how it evolved. The original ‘Berries spirit is definitely lost, I guess so, as Dolores clearly stated she would never write again the same love songs she used to.
In this very interview (I’ll send it tomorow), she said that she feels like playing in a movie in the future: “It would be fun”. But, she also said that she will work on the next album. Nevertheless she says too that she hates some love songs she wrote earlier, because she has now found true love, and she consideris she did not know what she was speaking about when writing these songs.”

Thanks to Francois Gibello for the article highlights.

Finally we have an airing date for Sessions at West 54th.

If you don’t know what channel it’s on, Sessions at West 54th is a public broadcast program, so you’ll have to check your local listings for the channel.

Thanks to Adam over in the Zombieguide Tour section for the info!

The Waltzing Back Website brings word of perhaps a new Cranberries song from the next album. The song is supposedly titled “Cruel Summer”, and was heard by attendees of the Europe Loud and Clear Tour during the sound checks. Bands usually tinker around with new songs during sound checks, so there may be truth to this rumor.