Remember Concert Live?
Those who recorded a few concerts of The Cranberries in 2010 and 2012 and sold the CD’s at the end of the show directly at the venue. Today they are releasing a limited edition soundwave poster of the legendary track “Linger” framed and numbered 1-25

Any of you hear about a soundwave poster before? Probably not… Well it simply represents a graphic sound wave such as the ones you can find in any audio or video software on your computer. No music in there, only visual and this one is based upon the “Concert Live” artwork, the one from 2012 with the roses… and that’s pretty much it!
Click here (link no longer available)  if you’d like to buy one, price £35
Make it fast, 25 is a very limited edition! 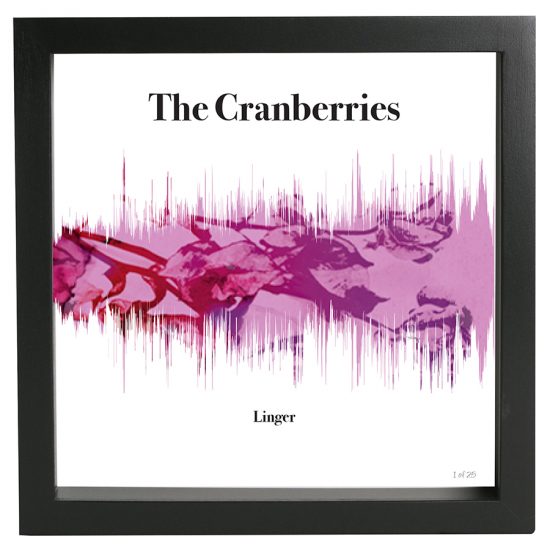 And for those who still don’t have the “Concert Live” official live albums you can buy some of them (both 2010 and 2012) these days for a special price of £3.

According to Fanberries on Facebook who was following “The Bachelorette” TV show live, The Cranberries minus Mike and Fergal played “Linger” with a string quartet at Christ Church Cathedral in Dublin while two candidates were dancing together. It was an acoustic performance.

The TV show didn’t play the whole song (only 2 minutes) and there were dialogues on it at times. However, still according to Fanberries, it is worthwhile. 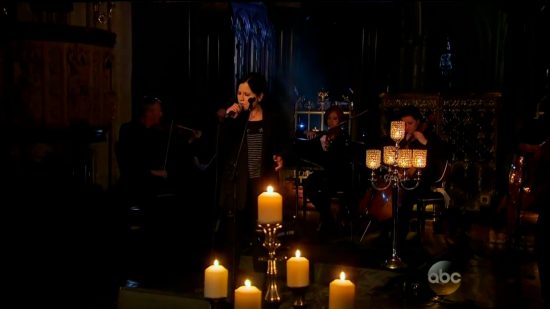 Dolores and the string quartet behind – “The Bachelorette” (image: abc)

For now you can watch a 2-min video captured by David Elieser Alvarez and shared on Fanberries Facebook. It looks like David filmed his TV screen with a cell phone. Thanks to him.

Another and a little longer video (3 min) was recorded by The Cranberries Brasil and shared on their Facebook. Thanks to them as well.

Later at night, Andrew Kimmel producer of “The Bachelorette” published on Instagram a photo with Dolores, and a few words: 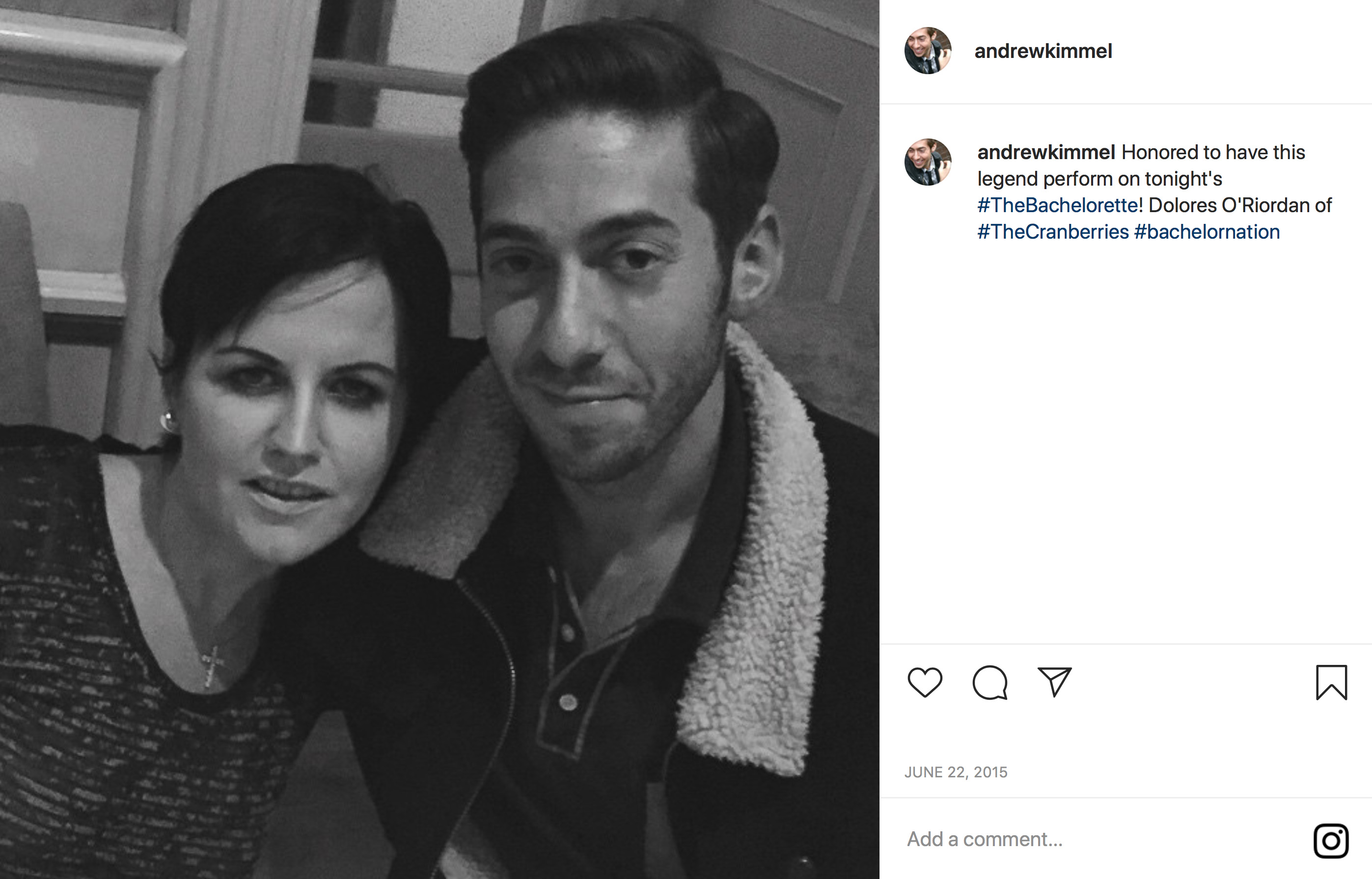 …and Chris Harrison, the host of the show, published a 13-sec video on Instagram, with a few words as well. Obviously he was one of the few people allowed inside the cathedral during the recording. His short video is very interesting because it is an audience recording and direct sound inside the cathedral can be heard… and it sounds beautiful… with all the depth and space of such a place. 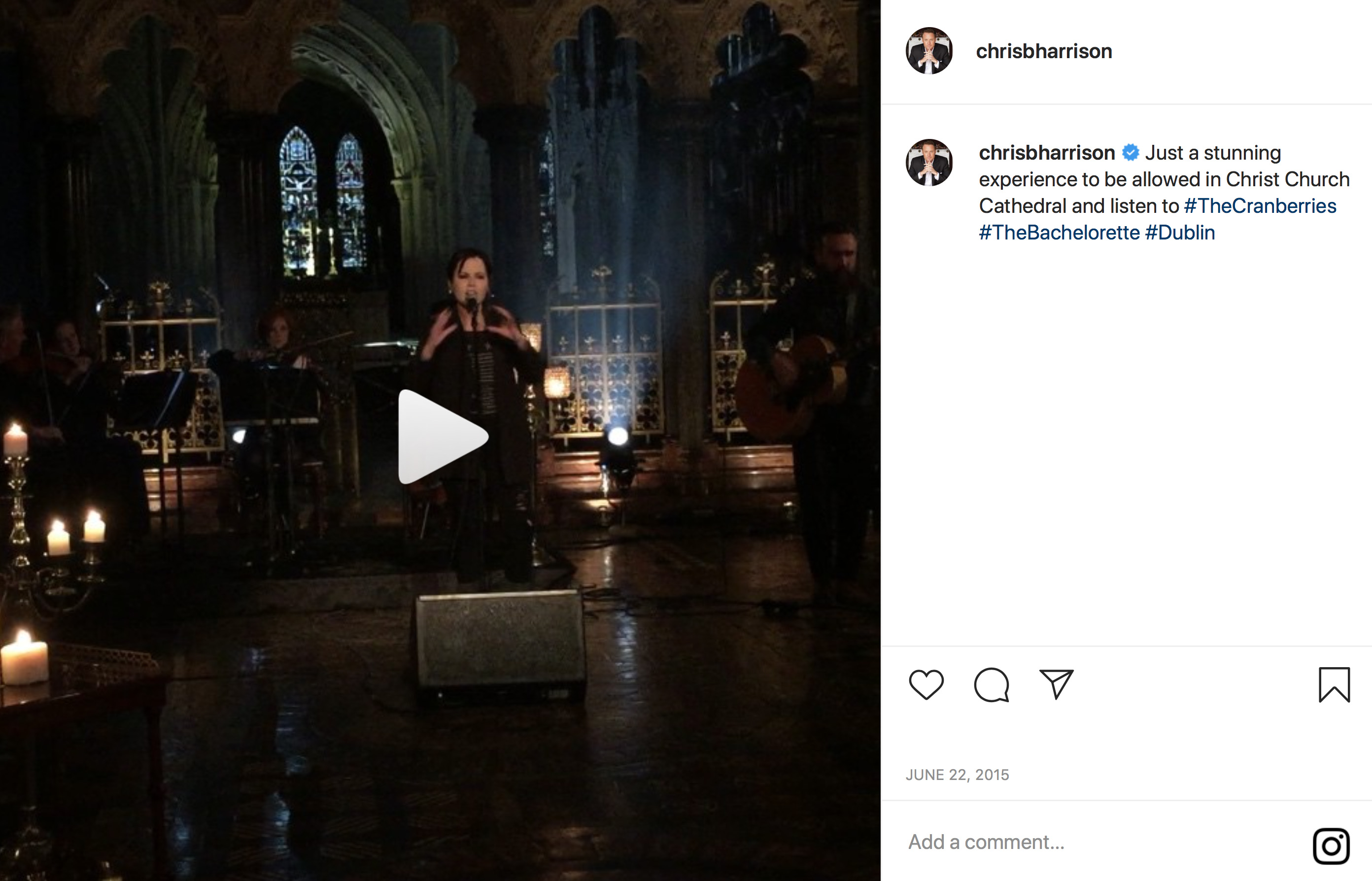 The full appearance broadcast on abc is now available on YouTube.
Thanks to Pep Vila for sharing.

The website wetpaint.com just published new spoilers of the next episode to air of “The Bachelorette” U.S. TV Show. By the way, is there anything not spoiled in this show, just saying!
Anyway, among many things feature 2 photos of The Cranberries playing in the church: 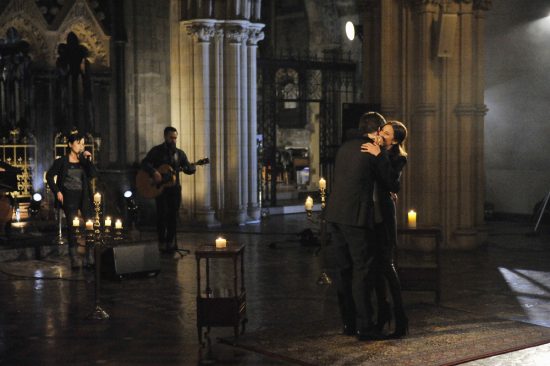 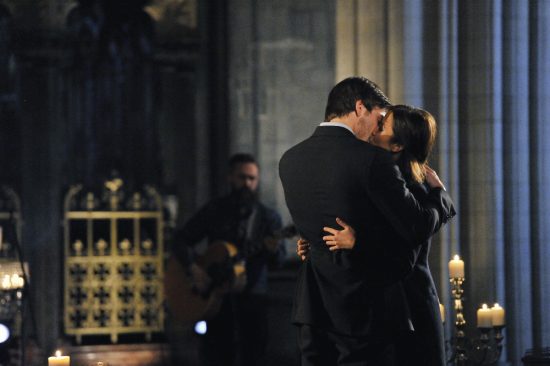 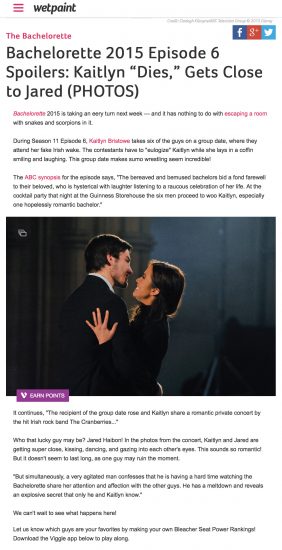 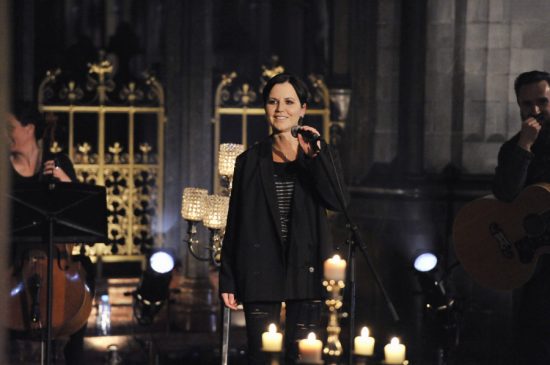 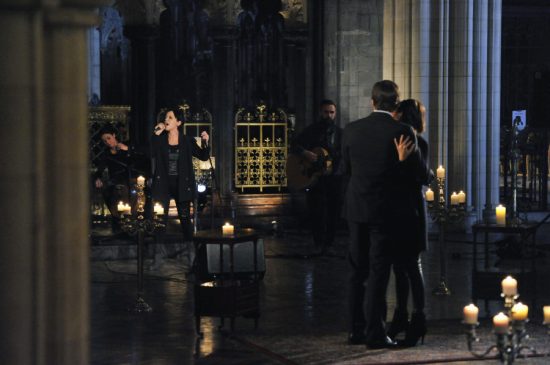 The Cranberries and the 2 candidates – ABC/Clodagh Kilcoyne 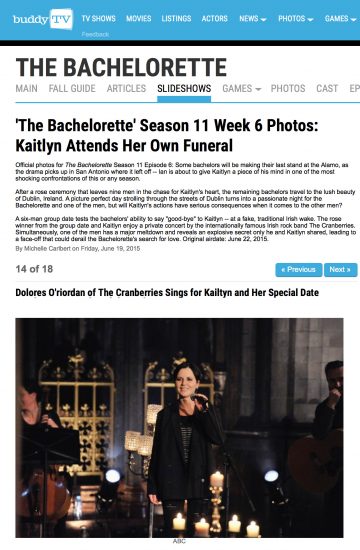 And a total of 6 photos published on disneyabcpress.com, the 4 pics above plus 2 new ones.
Thanks to ABC for posting all the links on the “Leave a reply” box here below on CW. 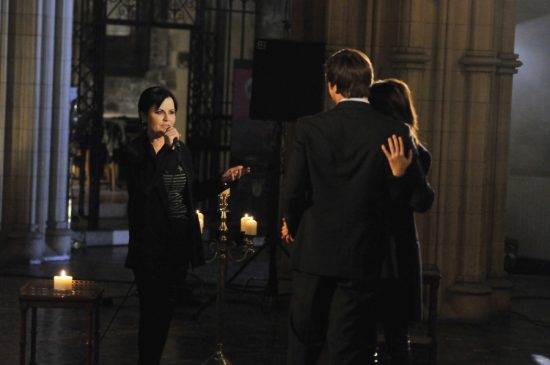 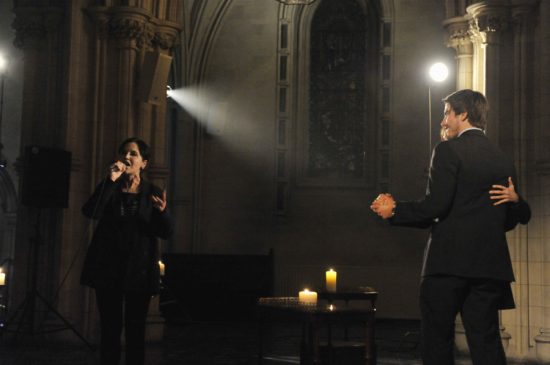 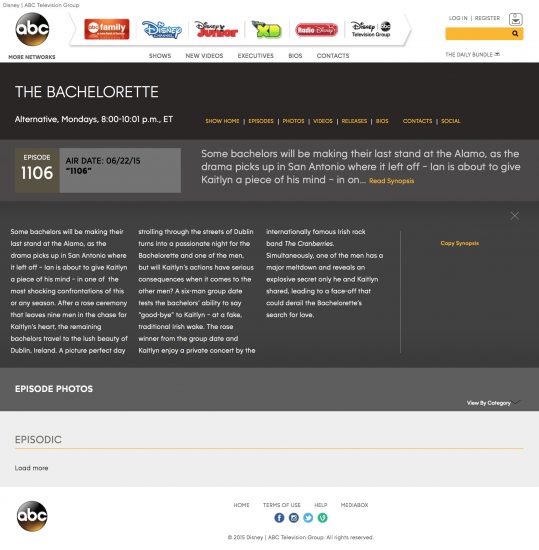 The Cranberries to appear in The Bachelorette next week

As previously mentioned here, media recently revealed that The Cranberries would appear on the US TV show “The Bachelorette” 2015.

Date of broadcast was unknown until then, though inquisitr.com reported yesterday that the dates’ trip to Ireland including a private Cranberries concerts would be part of Week 6 episode of the season, airing on Monday 22nd at 8:00pm on ABC.

For those who do not live in the US, we will try to find a link for fans to watch.

Here comes a few HQ pictures of the album No Need To Argue reissued on 180g vinyl and ordered on the Runtshop website. The delivery was fast and the package was very well protected. Those guys know how to ship a LP. The vinyl really is thick even if it’s hard to see on photos.
The overall quality is great, buy with confidence.
Click on pics to see larger views. 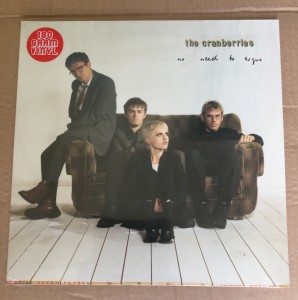 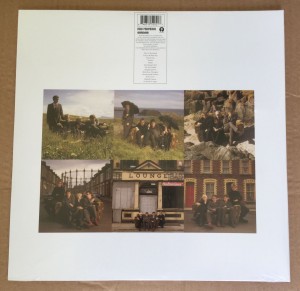 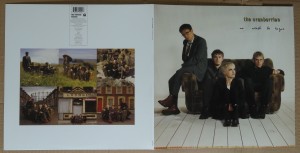 Front and back unfolded 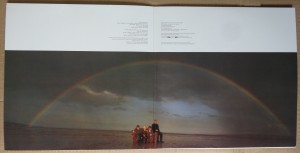 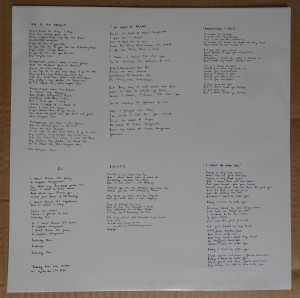 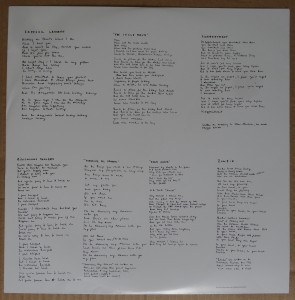 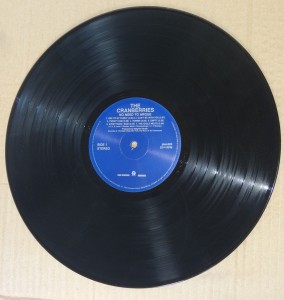 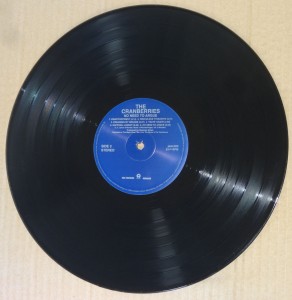 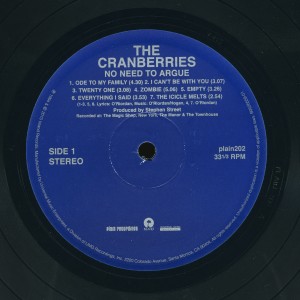 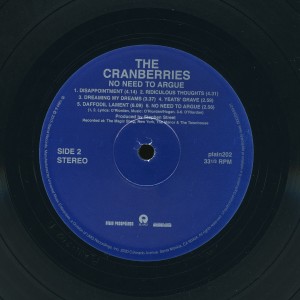