According to The pretty Cranberries, Dolores has made an important announcement during the band’s stay in Israel. That announcement is that she is now two months pregnant!! It is a planned pregnancy, to coincide with the recording of the fifth album, which makes her due date Janurary 2001. This is so that she is away from the public for awhile and it does not interrupt touring or promo appearences, etc. This is quite understandable. Looks like Taylor will be getting a brother or sister three years younger than himself. Hopefully we’ll be getting some official word from the band very very soon!

The Cranberries were the second to last to play at last Friday’s Southside Festival in Europe, with Skunk Anansie being the very last. They were a little bit short on time, as, after all, this wasn’t a headline gig. The band got about an hour’s worth of playing time. Here’s the setlist:

Our contributor Bernd got yet another chance to take photos, but the stage was high up and far away, so the shots aren’t as good as his previous ones.
And as for Dolores, she wore a denim jacket, probably one of the CK ones, similar to the one worn for “Linger” on Sessions at West 54th. Because of the time restraints, she wasn’t able to change either clothes or instruments.

As promised, here are better quality scans of the Bonn photos… plus one new one mixed into the bunch!

Source: Thanks to Bernd Dittrich

Woohoo! Fergal lets the fans in on a tentative title of a new song, inspired by the band’s recent gig in Africa. More news from the official page:

I’m home from holidays, apologies again for my lack of writing but we’ve been really busy, and when I’m not working I’m up to my ears in babies pooh!! But I’m loving every minute of it. Anyway enough emotional warbling Lawler you gobshite.

All the gigs have been going really well, I don’t think we’ve had a bad gig this leg of the tour (fingers-crossed). We had an absolute ball down in South Africa. It was our first time there and we were treated really well by everyone. We even have a new song with the possible title of “Down In Capetown”, the lyrics of which are about the trip down there through Dolores’ eyes.

On the subject of new songs we have been working away in between concerts and we have about ten or so. We hope to have around twenty-ish songs when we go into the studio in August. That way we have extra songs to choose from and you have extra songs for B-sides!! We are really looking forward to recording again ’cause the new stuff is staring to take shape and you can get a rough idea of what it’s basically going to sound like, but the fun of recording is that they change so much with all the different layers. It’s been a long time since we worked with Stephen Street and he always managed to capture that special something, so roll on August.

We also did a gig in Prague which was our first ever and we were really impressed, but unfortunately we didn’t get a chance to see any of the sights, as we flew home right after the show. So maybe next time.

We played in Sweden for the first time in about five years and it was excellent! We went on-stage at 12:30 am and it was still kind of dusky, as it doesn’t get fully dark there at this time of year. After the show we went back to the hotel for a few drinks and I saw the sun rise at 3:00 am,….. weiirddd!!

Well I’m off to rehearsal again now, we are just dusting ourselves off after our holidays, and also brushing up on the new stuff; so I promise I won’t leave it so long the next time (but I’m sure I’ve said that before, so your faith in me is probably deteriorating rapidly!).

The Tour page has been updated today too to finally name the last remaining unnamed venues.

A live shot of Dolores adorns the cover of a new issue of the European magazine “Audience”. The article mainly covers the recent leg of the “Loud and Clear” tour in Europe. Check it out:

The Herald presents 11 exclusive pics from the recent Bonn gig, thanks toBernd Dittrich. These are a bit smaller than last time, so they should load better. If you check out pic #6, you’ll see that Bernd, who we now all envy, got to meet Fergal and Noel backstage (Bernd’s on the right). We may be able to get better quality shots up soon, so don’t forget to come back! [Update 6/22: Better quality photos below]

You may have heard something about it, but not heard it for yourself. With the addition of “Still Can’t (Recognize the Way I Feel)” to the European setlist, the Cranberries have changed the song a bit, a la the new beginning to “Pretty”. I just got to hear the new version for myself last night, from the Bruxelles, Belgium show. Trying to describe a song is usually a bit tough, but put it this way — they’re giving the Yamaha a run for the money! There’s quite alot of keyboards now to the end, along with some added guitar chords. Quite a refreshing, new sound, and is probably one of the best benefits of collecting new live shows, as the band now won’t do any new songs for fear of bootlegging. (But won’t this only increase the demand for a new single, etc.?? That’s another rant…)

The show isn’t the best of quality, so I can’t wait til I get one with even better quality. Until then, I encourage you to check this one out.

According to cranberries.nets.pl, the venue for the upcoming Polish gig has been determined. The concert will take place Gdynia (in the north of Poland) on July 30th. What’s more? The concert will be entirely free, no tickets required! (I’m assuming there’s going to be alot of advertising to cover the costs…) Anyway, let’s just hope this doesn’t turn out like the free gig in Washington, DC awhile back, which ended up in a riot.

Looks like a bittersweet mix of good news and bad news for European fans who planned on/are planning on attending gigs:

“Hello there! Yes, I know, it has been a long long time since I last wrote, my apologies, but we really have been busy. Right now I am on am on a small holiday, and as soon as I return I promise to write some more detailed stuff. There is however something important that I want to talk about right now.

A week ago on June 3rd, we were supposed to play a show near Leipzig in Germany, at the Woodstage Festival. As many of you may already know, we decided not to play the show. I understand that many of you were, and probably still are very angry or disappointed that we did not play. Let me try to explain why. We arrived at the venue, to receive bad reports from our crew. Firstly it was apparent that the security for the band could not be guaranteed. The backstage security to put it kindly was very lax. There was no guarantee for our safety, and our concern in the band goes mainly for our female front person Dolores. As well as the security issue, we also had a problem with the size of the stage. It was too small for us to set up the show we want to deliver. Upon booking the show, we were advised of completely different stage conditions. With these things in mind we decided not to play the show. Poor security was the main reason for our decision. Our sincere apologies to all Cran fans that made the journey to see us. We hope you will understand.

I also have an apology to our Scandinavian fans. We did a show in Umea, Sweden that we did not at all list on our website. This was not intentional, simply an oversight on our behalf. Ooops! Sorry. We will punish the webmaster.

Also, SPANISH FANS, some news for you. We have added an extra show in GIJON on Wednesday 26th July at the City Festival. We hope that this will also in some way make up for the cancelled Esparragorock show.

I am afraid I have some bad news for our Turkish fans. Our show there has been cancelled, as the promoter backed out. This is a situation beyond our control. It’s a real pity; we were so looking forward to playing in Istanbul.

That’s it for now. Many thanks to you all for your patience with us and this website.

We have a whole slew of new pics from the Bonn gig from June 1st. For those that were concerned about the Prague shots, Dolores is looking alot better in these pics… 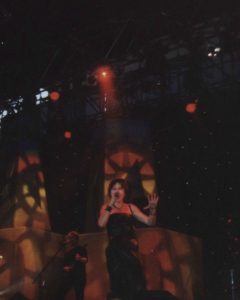 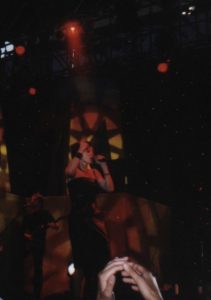 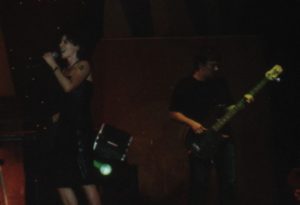 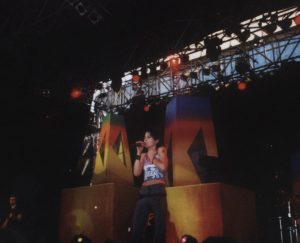 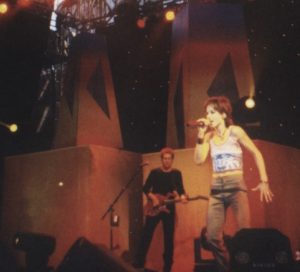 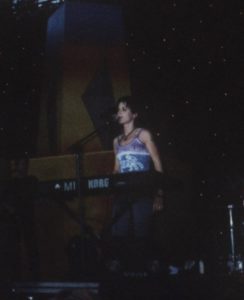 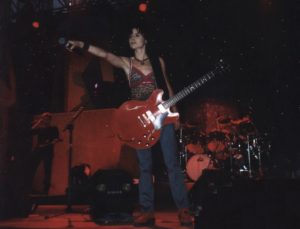 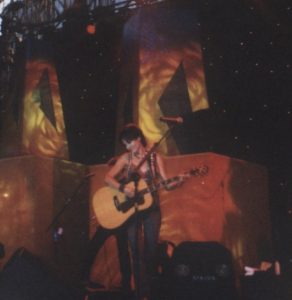 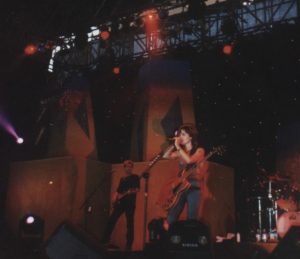 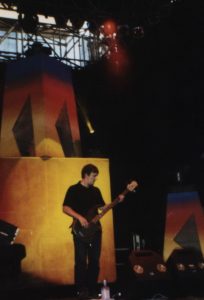 In case you weren’t aware, the Cranberries continued their Europe tour in Bonn last Thursday. Contributor Bernd Dittrich was luckly enough not only to meet Mike and Fergal before the gig, he also managed to snag the band’s setlist after the show! Check out the scan below. This is the same tracklist that the band played in Prague, but this is in the correct order.

Another exclusive for you! Apparently, the band has now changed their pre-show intro music. The new music is described as “oriental” — a far cry from the intro music of past tours.