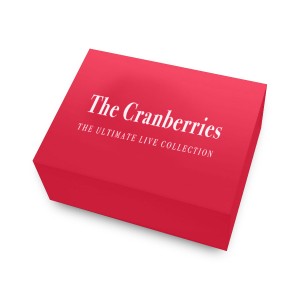 You can order it by clicking on this link

Nothing really new if you already bought the CD’s from their website or at the end of The Cranberries shows back in the days. Only a different packaging in a hinged box and a quite interesting price of £30 (+shipping) which represents the price of one and a half show at the time. Fair !
If you’d like to order one make it very fast as it is part of a 30 HOURS SALE THAT ENDS (or supposed to end) TONIGHT AT 9PM BST. Collector ! 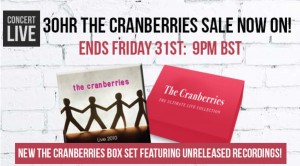 Note the wrong information on that banner published on their website, there is absolutely no unreleased recordings here, only 3 new re-releases (Madrid, Lyon, Berlin) ! 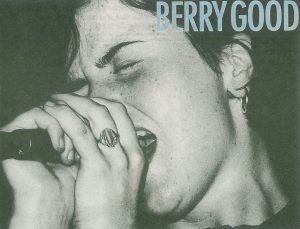 She has the voice of a saint stuck in a glass harp while being pelted with ice cubes by vicious clangers.

Their shyness is not only painful, but infectious too.

(…) it’s even more embarassing to watch because they’re so shamingly perfect!

Those words belong to Sally Margaret Joy and were published in the Melody Maker on 13 July 1991. She went to see The Cranberries live in concert in a pub called The Old Trout in Windsor (UK) on 28 June 1991 and her concert review is one of the earliest if not the earliest review known to this day.

It may be very possible to find a few earlier articles/reviews inside rare local newspapers or fanzines (and if you know or have one please let us know) but her article might definitely be one of the very first about The Cranberries published in a mainstream musical media.
And not bad for a first! 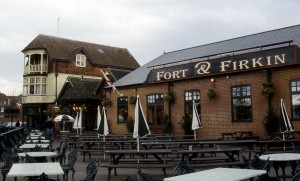 Brand new interview of The Cranberries

Yesterday and totally out of the blue appeared on the internet a brand new 27 minutes audio interview of The Cranberries minus Dolores. The weekly podcast is called “Coffee with a sign painter” and usually takes place in Starr Studios in Texas but this time it was recorded in Limerick Ireland. The exact recording date is not yet known but it sure is quite recent, “a few days ago” according to Noel Hogan’s Tumblr account. Host Sean Starr talks with Noel, Mike and Fergal about The Cranberries, the influence of Morrissey and The Smiths, the music industry, Limerick, family, life in the 80’s, not jamming together for fun on their time off, Sign Painting and the upcoming screening of the film Sign Painters at the Elemental Arts Festival in Limerick this coming September. 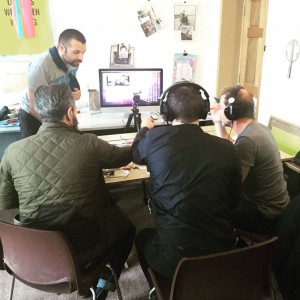 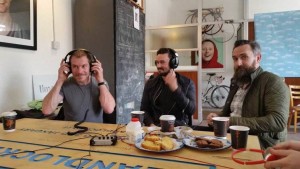 But the most important thing for any fans concerns the future plans/music of the band and it comes from Noel around minute 23:

I think if we decided we were gonna do it like we did a few years ago around 2009, when we went back again you know, when we get back into it, it suddenly consumes everything again. You’re doing it, you’re away all the time and you are writing and you’re in the studio and we completely focus on that then when we get back into it.
So if it’s something we do again, and I’m sure we probably will, we’ll lead it at a time when we can all focus on that and not have kind of other things going on at the same time, because as I say, it’s such a big thing when we take off that you have to kind of commit 3 years of your life really to the thing. Cause sometimes you kinda tour short, you don’t go to one territory and next you get these fans that are seriously pissed off with you so you kinda have to keep everybody happy, that’s why it takes so long then.

So, will there be new music of The Cranberries? Will there be concerts again? No one can really tell for now but at least it doesn’t look impossible and that’s pretty good news!

Also posted on the Instagram account of starrstudiostx a selfie with the band made at the show by a kid named Seth Collins. Fun! 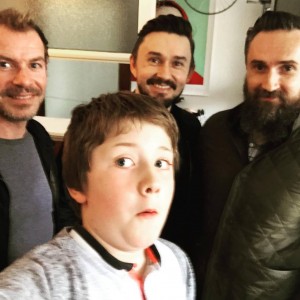