You are here: Cran World » Archives for November 2017 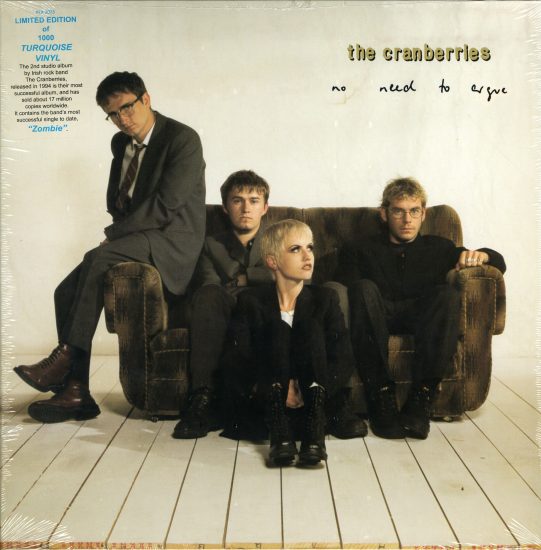 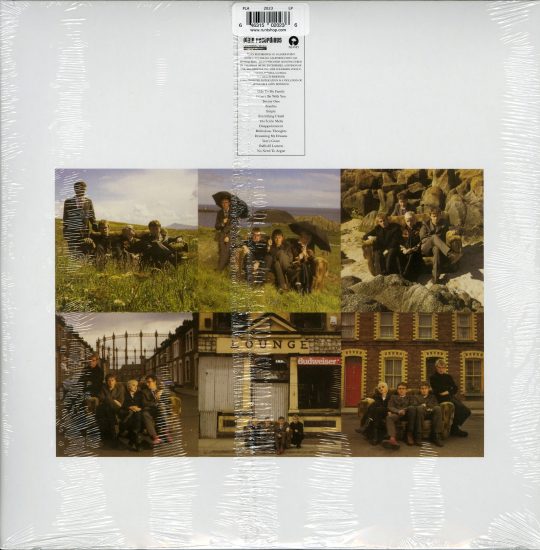 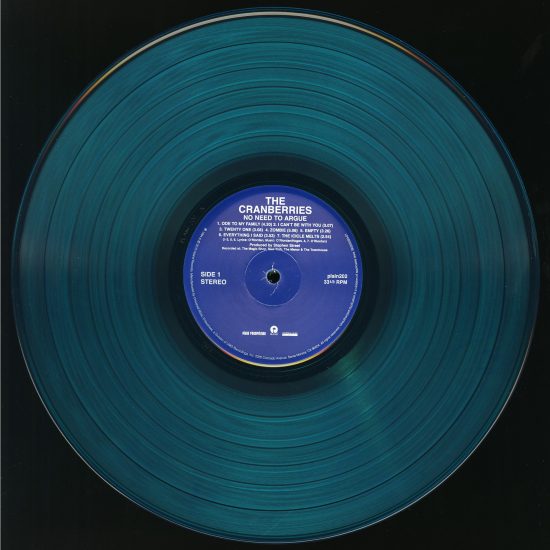 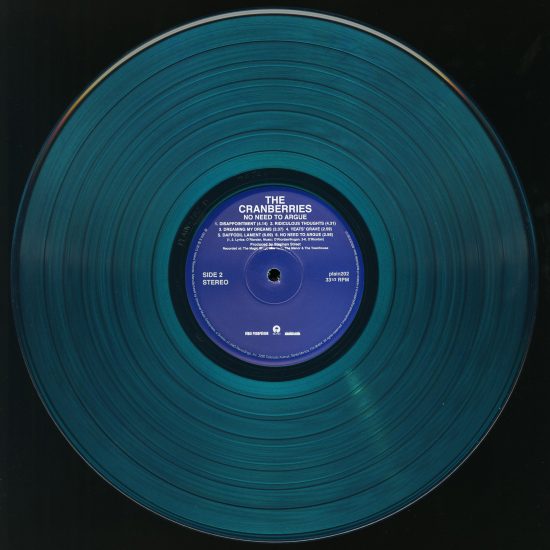 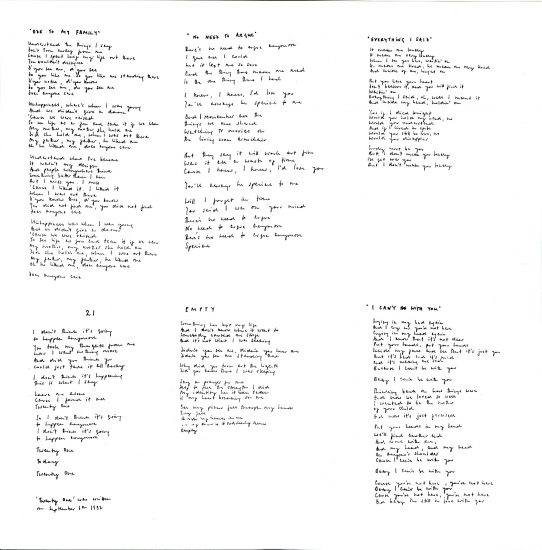 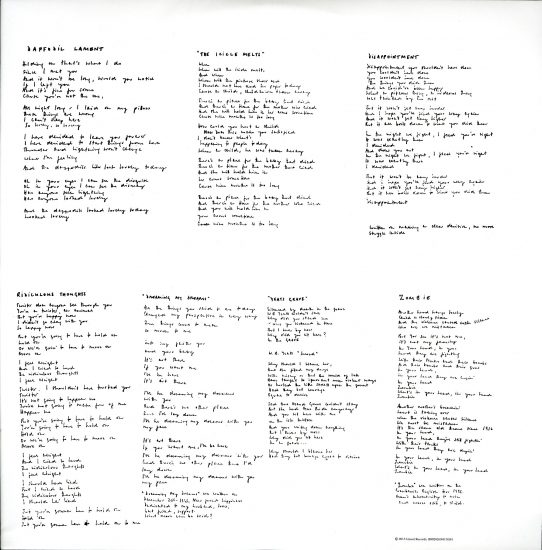 Below the very first image of the “No Need To Argue” Turquoise vinyl reissue published on Instagram today by user electro1979
Not the best photo to clearly see it but more should appear pretty soon as first customers are receiving their order these days. 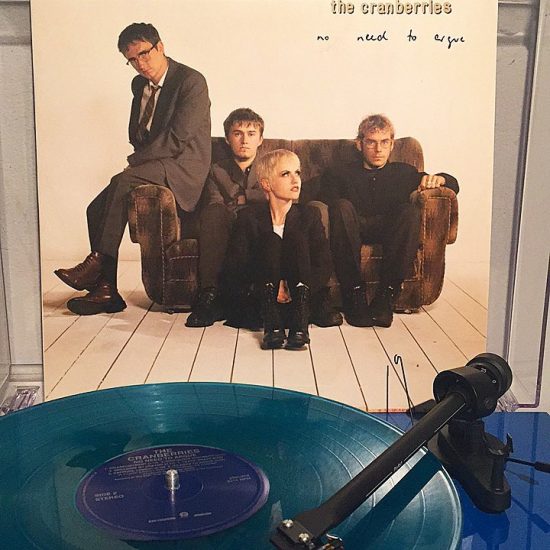 2 more photos this time on eBay, sealed with sticker, front & back covers: 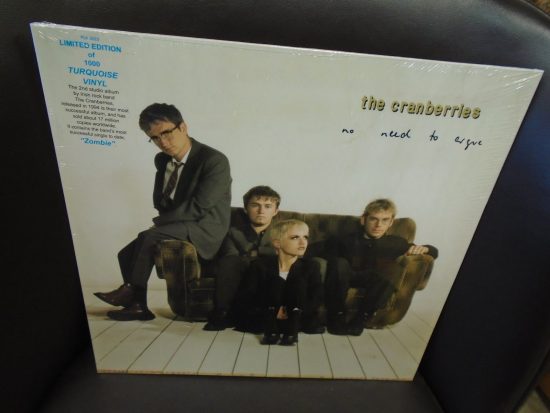 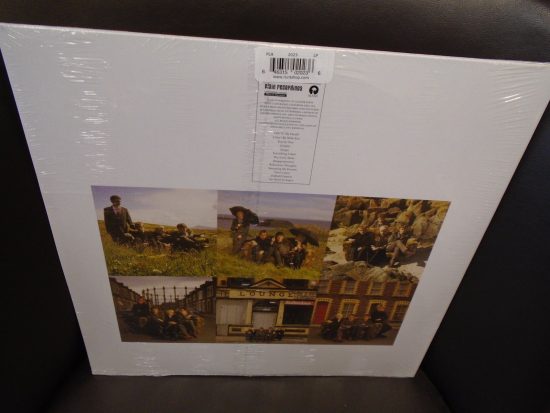 Another 2 rarely seen photos on socials.
First one, probably from a meet and greet in 2002, was published today on Instagram by user n.i.c.k_1979 with the hashtag #momentofalifetime 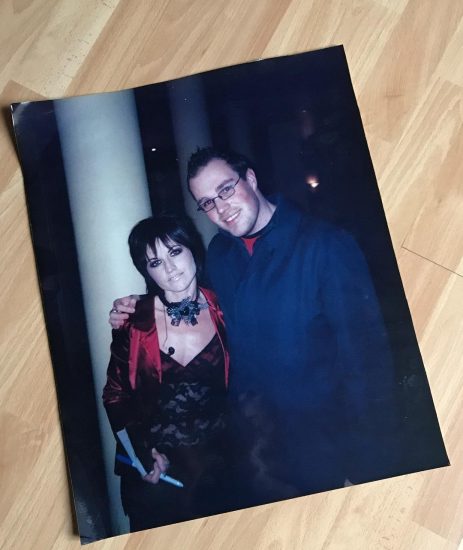 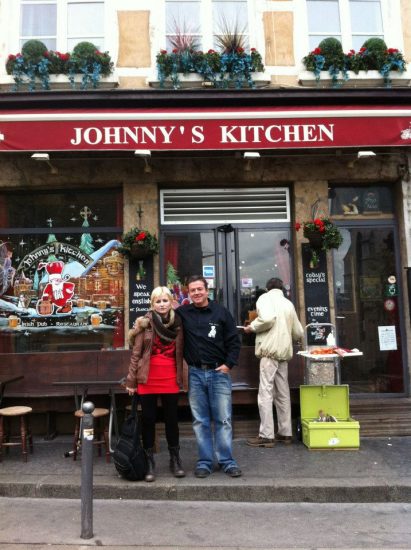 Delores from The Cranberries in for a cup of tea and a chat!

Title says it all.
After his new “anatomical heart with dagger“ tattoo just a couple of weeks ago, Noel Hogan got another new tattoo the day before yesterday this time at “Allstar Ink Tattoo” shop located in Limerick, Ireland

The below photo was posted yesterday on Instagram by allstartattoo_ireland with the following comment “One from yesterday from our pal paul.o.rourke!“ 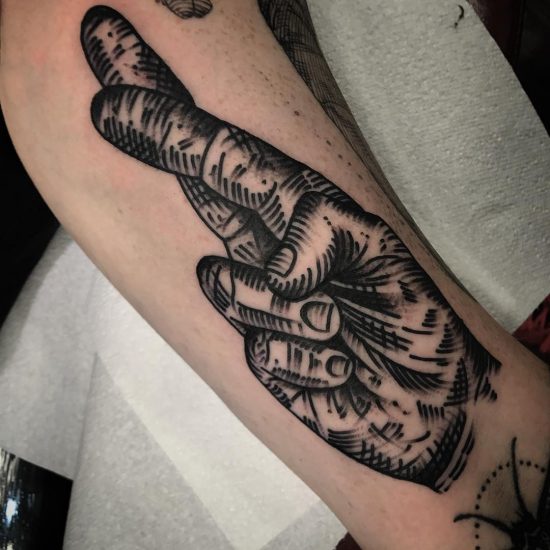 Some of you might remember that Noel already got tattooed by “Allstar Ink Tattoo” before.

Two photos appeared these last 24 hours on Instagram. Both posted by Joseph Agrimando who seems to be working as a top colorist hairdresser at Sassoon Salon in New York City. 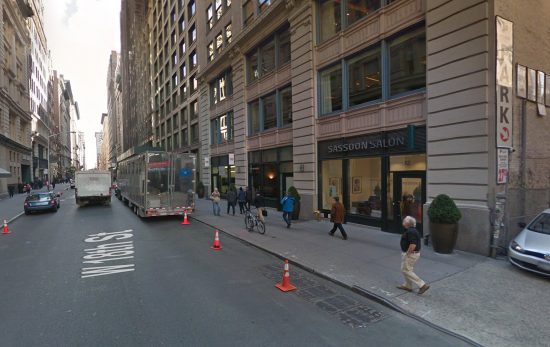 The first photo was posted yesterday without explanation but clearly is an old one probably from late 2014 judging by the look of Dolores similar to the one on the photo posted on Dolores’ Facebook on October 17, 2014. Also there’s no “Terry” tattoo on her arm. 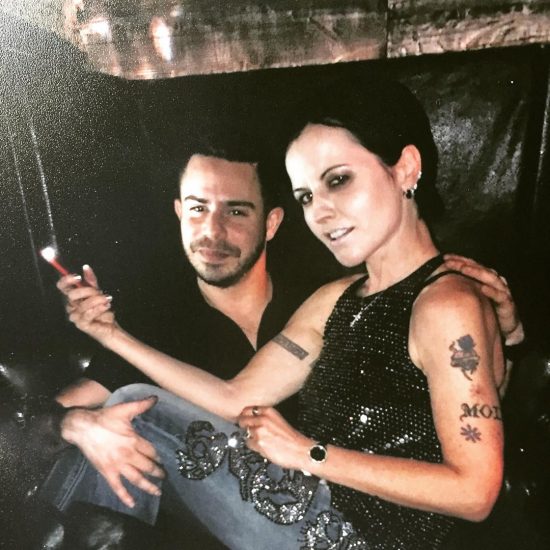 Today the guy posted a second photo which is a bit more intriguing and more difficult to comment. And still no explanation/comment with it. Is it just another photo taken the same day or same period or a more recent one, that is the question. 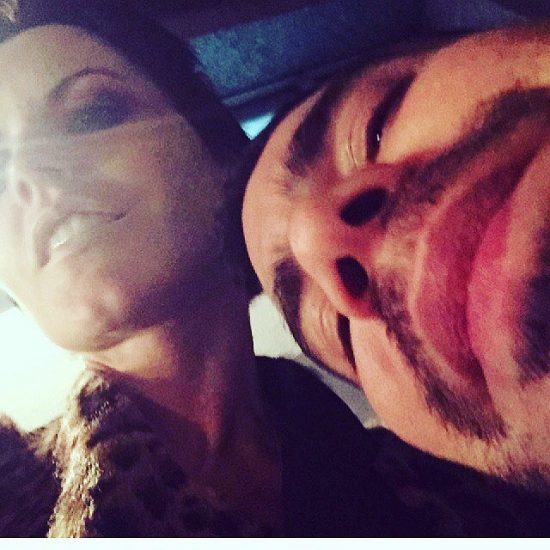 Maybe one can imagine the first photo taken in a club somewhere and the second one in a taxi going to or back from the club that same day/night.

Sad news announced by the Limerick Leader today.
Myles Lawler, the father of Fergal, passed away at Milford Hospice following a brief illness.

He was a former employee of Irish Shell and BP Aviation at Shannon Airport.

He will repose at McMahon’s Funeral Home in Blackwater this Thursday evening between 6pm and 8pm. His remains will arrive at Parteen Church on Friday morning for Requiem Mass at 12 noon. Burial will take place immediately afterwards in Mount St. Lawrence (Extension) Cemetery Limerick.

Our sincere condolences to Fergal and his family. 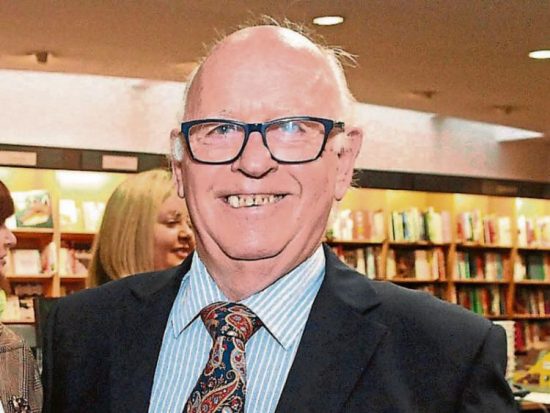