You are here: Cran World » Archives for September 2015

Noel Hogan will make his debut as a film composer

According to this IFTN.ie article, Noel Hogan will make his debut as a film composer for a short film called “Date: Time”. The Irish composer Patrick Cassidy who already made soundtracks for the movies “Calvary” and “Hannibal” will be part of the project as well. The short film is currently in post-production and is part of a Film Limerick Trilogy.
These past few years Noel Hogan has been very involved in several projects to support his hometown Limerick and this one is quite unexpected. And what a very nice surprise !
We all look forward to seeing the final results.

“Like A Puppet Show” vinyl featuring Dolores O’ Riordan to be released Nov.27

Eric Alexandrakis just revealed today via his Twitter and Facebook accounts the release of “Like A Puppet Show”, a brand new project in collaboration with the actor John Malkovich and featuring a lot of artists such as Yoko Ono and Sean Lennon, OMD, Efterklang, Placebo, The Dandy Warhols, Blondie’s Chris Stein, The Cranberries’ Dolores O’ Riordan and more. 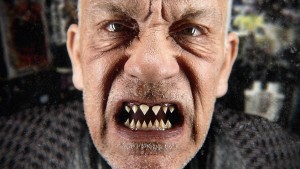 It’s a 11-track vinyl and it will be out for the next record store day/Black Friday event on November 27 followed by two more releases to retailers and direct to consumers via the web for the Christmas holidays and “won’t be available on iTunes” said Eric Alexandrakis yesterday on twitter!
Considered by Eric as “Super cool, and never been done before in such a way” the project is offically described as various remixes of John Malkovich reading an interpretation of Plato.
Sounds kinda weird at first!
Concerning Dolores she ‘s done the last track called “Cryopian D (Mixed by Dolores O’Riordan)”. For now it’s probably too early to know exactly what it is but if it’s in the same spirit as the track called “Cryoblue Cheese Ο (Mixed by Ric Ocasek)” that you can listen on the Pitchfork’s page, there are very few chances to hear our favorite rock star singing (or maybe just a little?!) on the “track” or “reading track”, “remix”, “interpretation”, “effort” or whatever it is.

A lot of Dolores fans will/might be disappointed to learn about this project as most were expecting the release of the “Electrons” LP where she is supposed to sing at least on one track. The fault is probably Eric’s who during the past 16 months was quite active on social networks and posted a few teasers that CW always tried to relay and among them, musical excerpts (instrumental only) and a partial visual of the possible LP with Dolores: 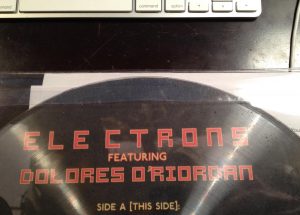 These last days things became very serious. On September 14, Eric Alexandrakis posted a message:
“Get ready steady for a cool announcement on 9/17”.

Then the Spanish fansite DO’RSpain asked a question in a very smart way:
“Hmmm… as cool as the weather in Ireland?”

At this point if you follow Eric on the internet you probably know he is a nice guy and most of the time replies to people. So the question got a reply:
“Cooler…with a touch of Ireland”

As this answer exactly matched to that was known of the Electrons project, fans from the 4 corners of the globe quite immediately concluded it would be the announcement of this very LP and thought the release day was close.

To finally reply to fans who were saying Come on Eric it’s time now. It is Sept 17. Please tell us. Etc… :
“We’ve delayed it a day just to keep the torture going:)”

For sure an answer quite familiar to all The Cranberries/Dolores O’Riordan fans!
Then Eric edited his original message on Facebook into:
“Get ready steady for a cool announcement on 9/18”

and continued to reply to questions the whole evening / night assuring it was worth the wait:
“Let’s hear what you all think it entails. You’ll either be elated, or terribly disappointed.”
“It’s super cool, and never been done before in such a way.”
“It’s F*CKING AWESOME”

Today, September 18, the wait is over and it is not the Electrons LP. Instead, a John Malkovitch and collaborators project that nobody could have ever imagined. What will be Dolores’ fans reactions, will “Like A Puppet Show” be interesting, good, bad, sucks, anybody will debate about that now and will definitely know on November 27 when the LP is out but one thing is for sure “Never been done before”.

New photo-shoot with Dolores from February 2015 by Andrzej Liguz

Again thanks to Sara from Cranberries Italia who found today a website called More American Dreams with 5 amazing pictures of Dolores taken on February 26, 2015. According to the photographer Andrzej Liguz, a friend of Andy Rourke, the photo-shoot was made in Dolores apartment in Los Angeles close to Marina del Ray/Venice Beach and it was Dolores’ will.
Brilliant!

UPDATE AUGUST 22, 2016:
Photographer Andrzej Liguz asked us to remove his pictures for copyright reasons.
So you won’t see those pics anymore here. 🙁
Now click on the above link to see the pics directly on photographer’s website.

Fergal and Noel donating a NNTA award for “The 061”

The Cranberries members Noel Hogan and Fergal Lawler donating a record of theirs at the Fab Lab Limerick today for ‘The 061’, an opportunity for artistic and cultural practitioners throughout Limerick to showcase their events and projects under one banner this September. This Canadian Gold Award is presented to Fergal (it looks like it is written Feargal on the picture) and is to commemorate the sale of more than 50,000 copies of the album No Need To Argue. According to the website Music Canada the album was certified Gold on October 27, 1994. After that NNTA was certified 4X platinum in Canada (4X 100,000).

Hope we can get more details soon about the exact reason of this donation but this might be for the charity auction in aid of Corbett Suicide Prevention. The auction will take place on October 1st at the Fab Lab, 7 Rutland Street in Limerick at 8:00PM. 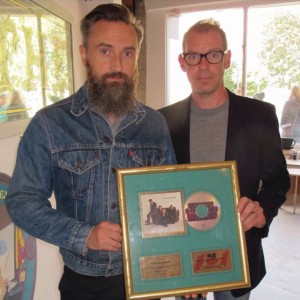 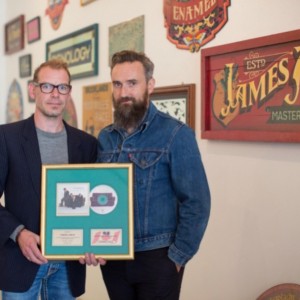 September 2, 2015  |  Comments Off on Trial over alleged air-rage adjourned as Dolores is receiving medical treatment  |  by Axl  |  Dolores O'Riordan

Again the information come from The Irish Times first. Their article reveals Dolores is receiving medical treatment these days and can’t come to the Court.
The case will be back before Ennis District Court on December 16th for a plea to be entered or a date for a hearing to be set, the court was told.

If the person is having treatment then I think we should facilitate that. Judge Patrick Durcan agreed to the adjournment.