You are here: Cran World » The Cranberries

Read the article directly on musicweek.com or click image below to open pdf file. 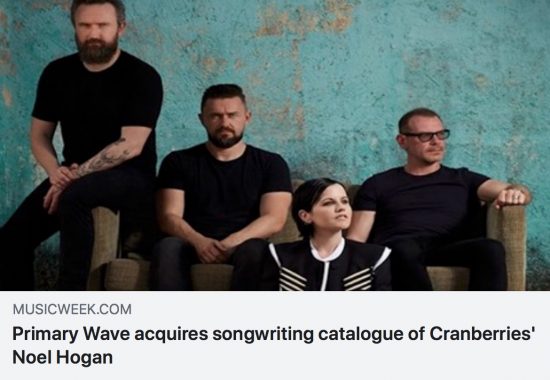 For those living in Ireland exclusively, you still have 8 days on the RTÉ Player to watch the replay of “The Making Of Angela’s Christmas” that was broadcast on RTÉ 2 on Friday 27 December 2019.

The 26 min. documentary includes a part dedicated to the recording of the song “Angela’s Christmas” and there is even an interview with Olé Koretsky recorded after Dolores’s passing. 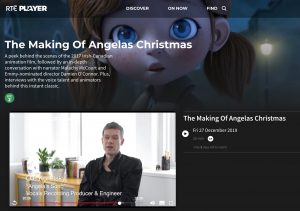 For those who are not in Ireland these days the link won’t work and will return an error message: 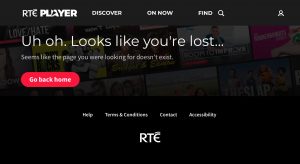 …so your only way to watch it is to grab the official “Angela’s Christmas” DVD released last November in the US where the documentary is part of the special features (DVD Bonus). 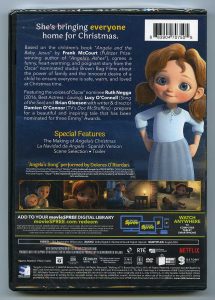 “Something Else” purple vinyl edition to be released soon

Some more information about the “Something Else” vinyl that was supposed to be reissued on 22 November 2019 and which was delayed to 29 November 2019, then to 29 May 2020, then to further announcement.

For now information is still very confusing as some stores are announcing a new release date on the 31 of January 2020 (like Amazon USA) when some others are still announcing the double vinyl to be released in May. Even Amazon is not saying the same depending on your country!

More importantly, the new release would in fact be a purple vinyl edition! Some record stores already received their copies and put them on sale straight away (like spellboundrecords in New Zealand) and now the very first images have started to surface as you can see below: 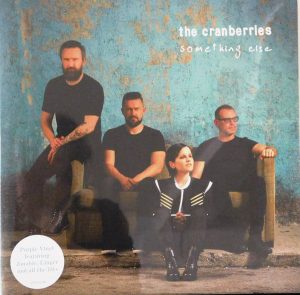 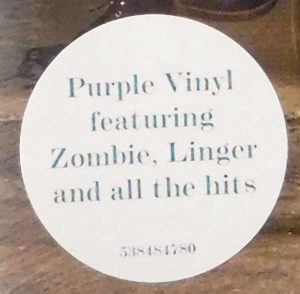 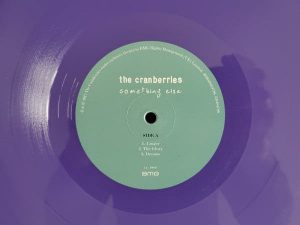 So check directly with your record store(s) as no one is saying the same at the moment, whether it is about the release date, the color, or the price…

Noel, Mike and Fergal will appear at the GRAMMY Museum in Los Angeles on January 23rd for an intimate discussion moderated by Scott Goldman. Grab your ticket now if you’d like to attend, price is $45.
More information on eventbrite.com 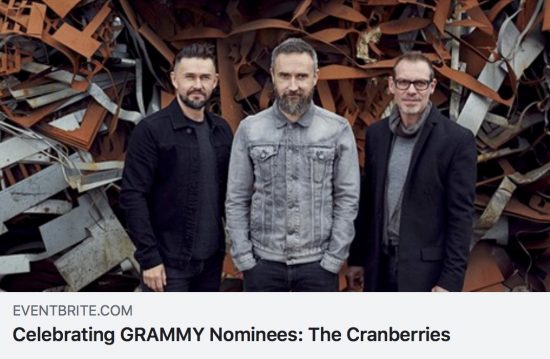 Thanks to Lionel for the link! 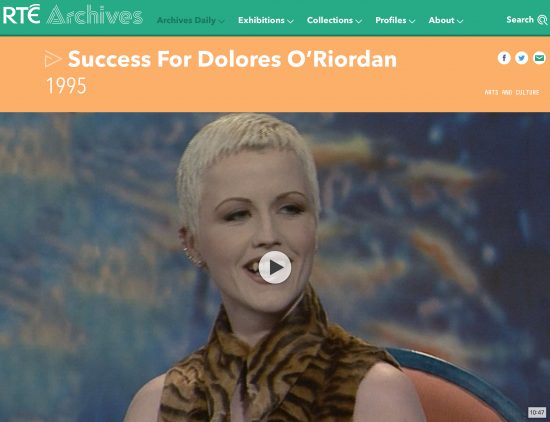 Read the interview directly on warp.la 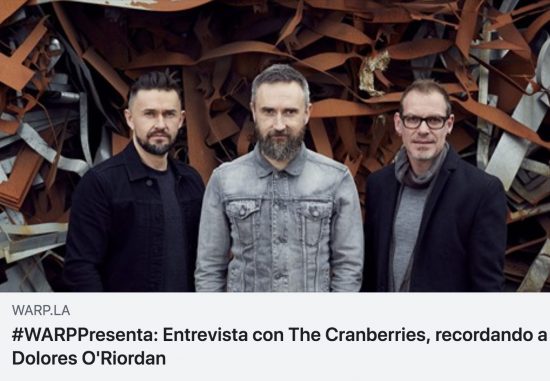 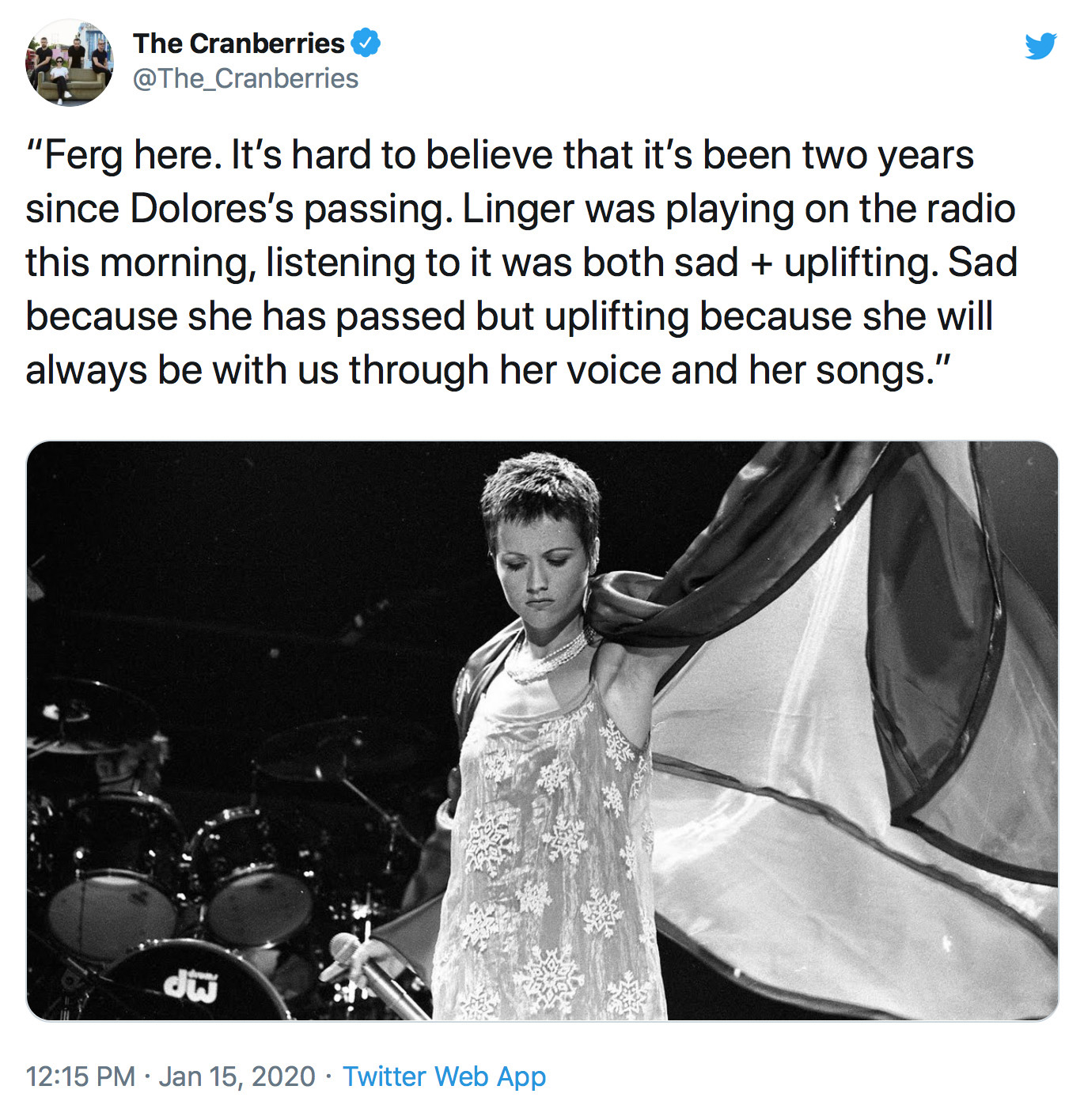 ITW: grammy.com “The Cranberries Reflect On Their First GRAMMY Nod…..” 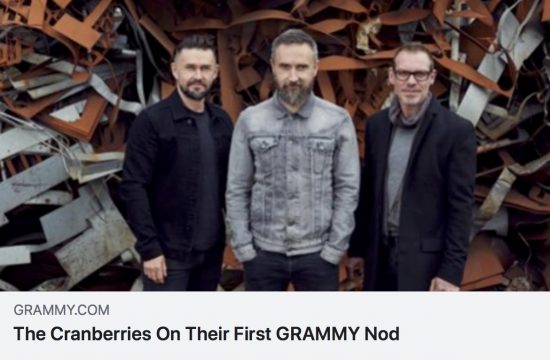 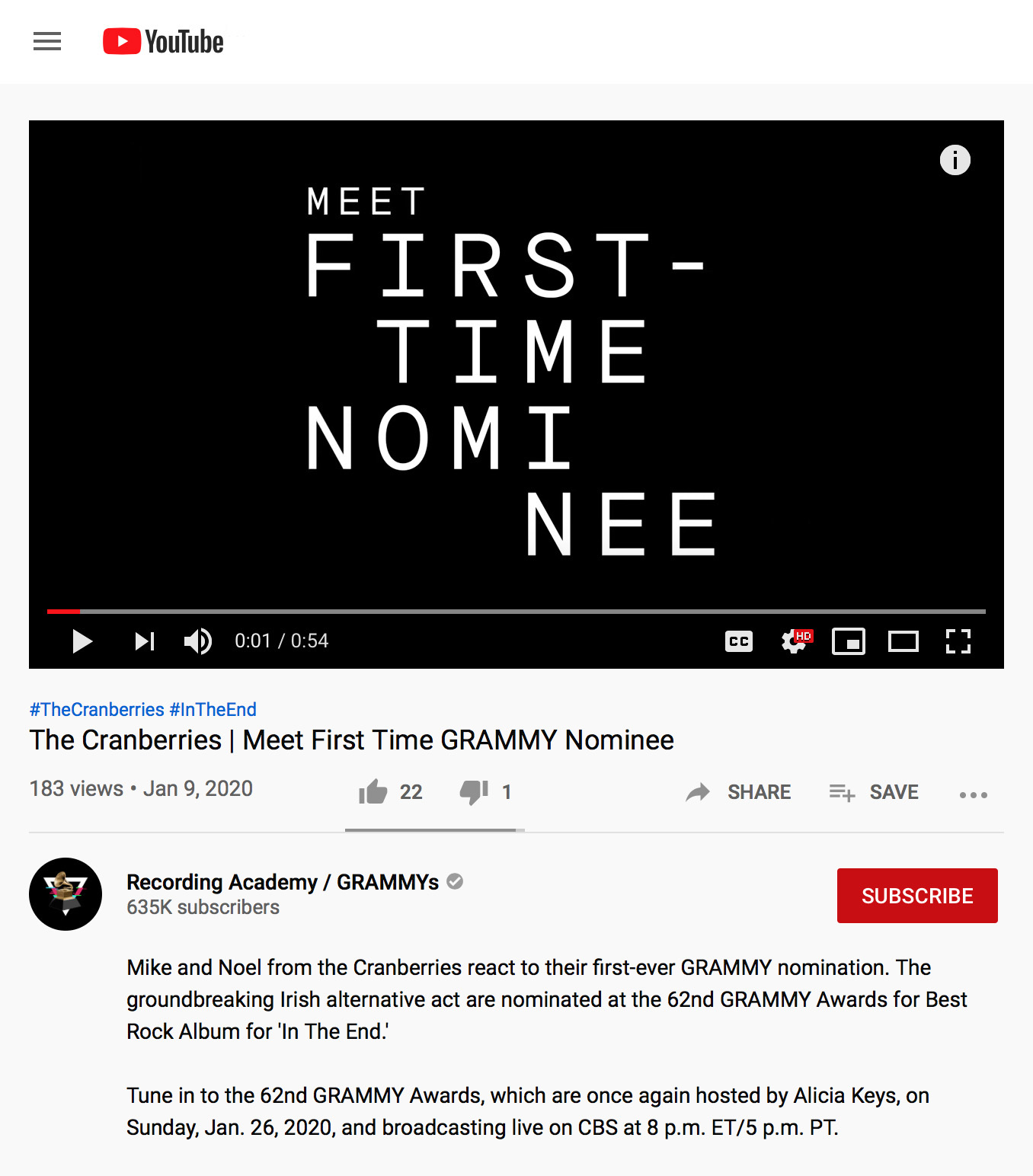 It seems that the jacket worn by Dolores in the official “Just My Imagination” video was re-auctioned and sold last year at victormeeauctions.ie Thanks to joanna.cran.pic on Instagram for the info and pics!

The jacket was originally auctioned for charity in 2003, read the original Zombieguide news here. 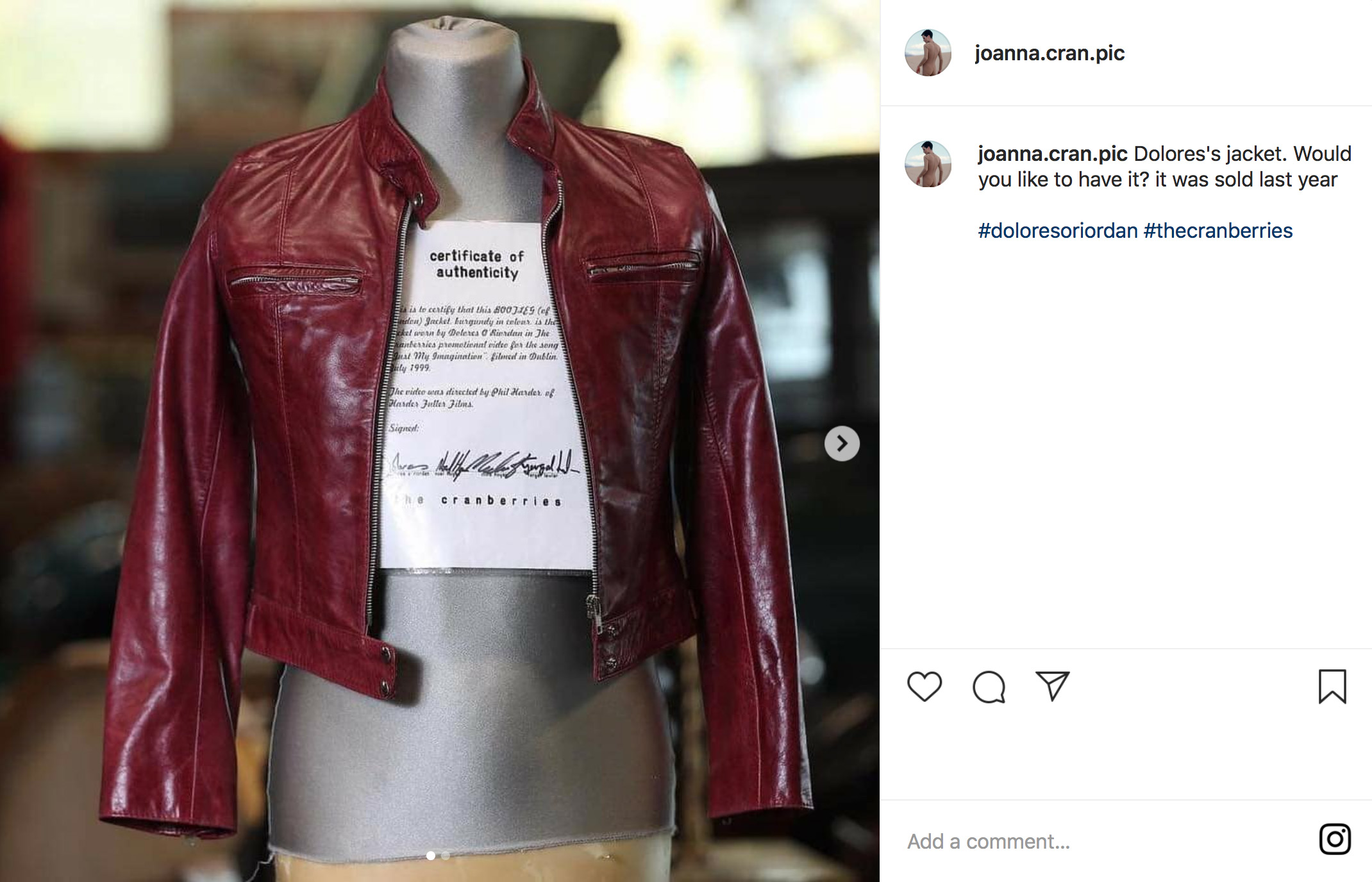 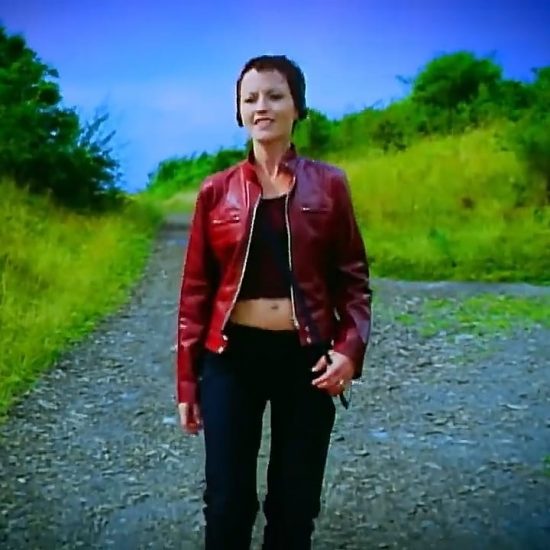 Read the interview directly on crypticrock.com or click image below to open pdf file. 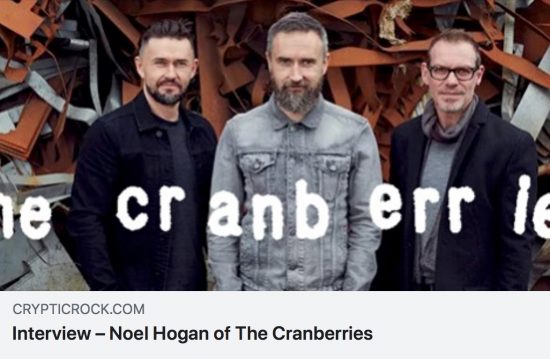 The Cranberries in the new Hot Press magazine, Christmas issue

The Cranberries appearing in the Christmas issue of Hot Press. Available in-stores or online now: 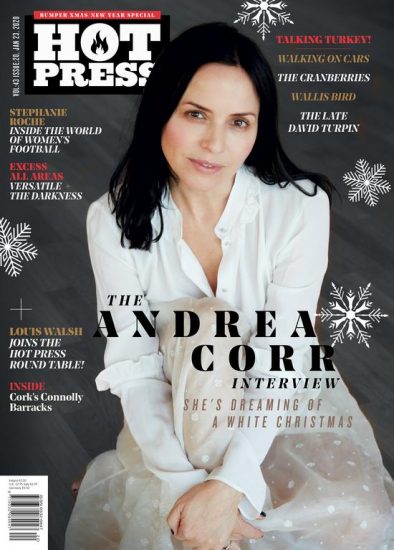 “Dreams The Collection” available on vinyl on March 6th

According to Amazon UK,  the compilation “Dreams The Collection” will be released on vinyl – for the first time ever – on the 6 March 2020. Will the vinyl include all 20 tracks included on the CD, will it be 1LP or 2LP, there is no more details yet… 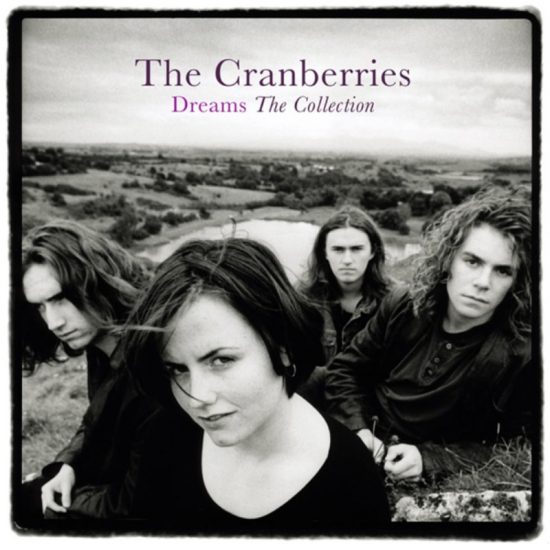 Thanks to Stéphane for the info! 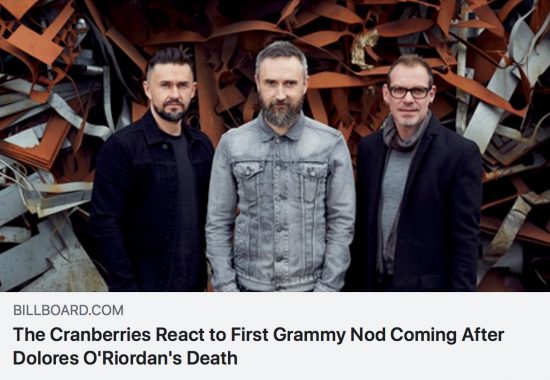 irishmirror.ie “Profits soar at company owned by The Cranberries…..”

Read the article directly on irishmirror.ie 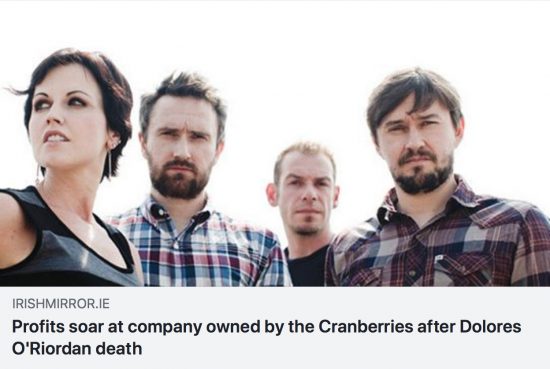 Some new official Zombie merchandising just went on sale on the band’s website for their #ZombieToABillion campaign:

This was the last music video to be remastered in HD.
A few videos are missing and were not on the list… will they be released in HD as well? 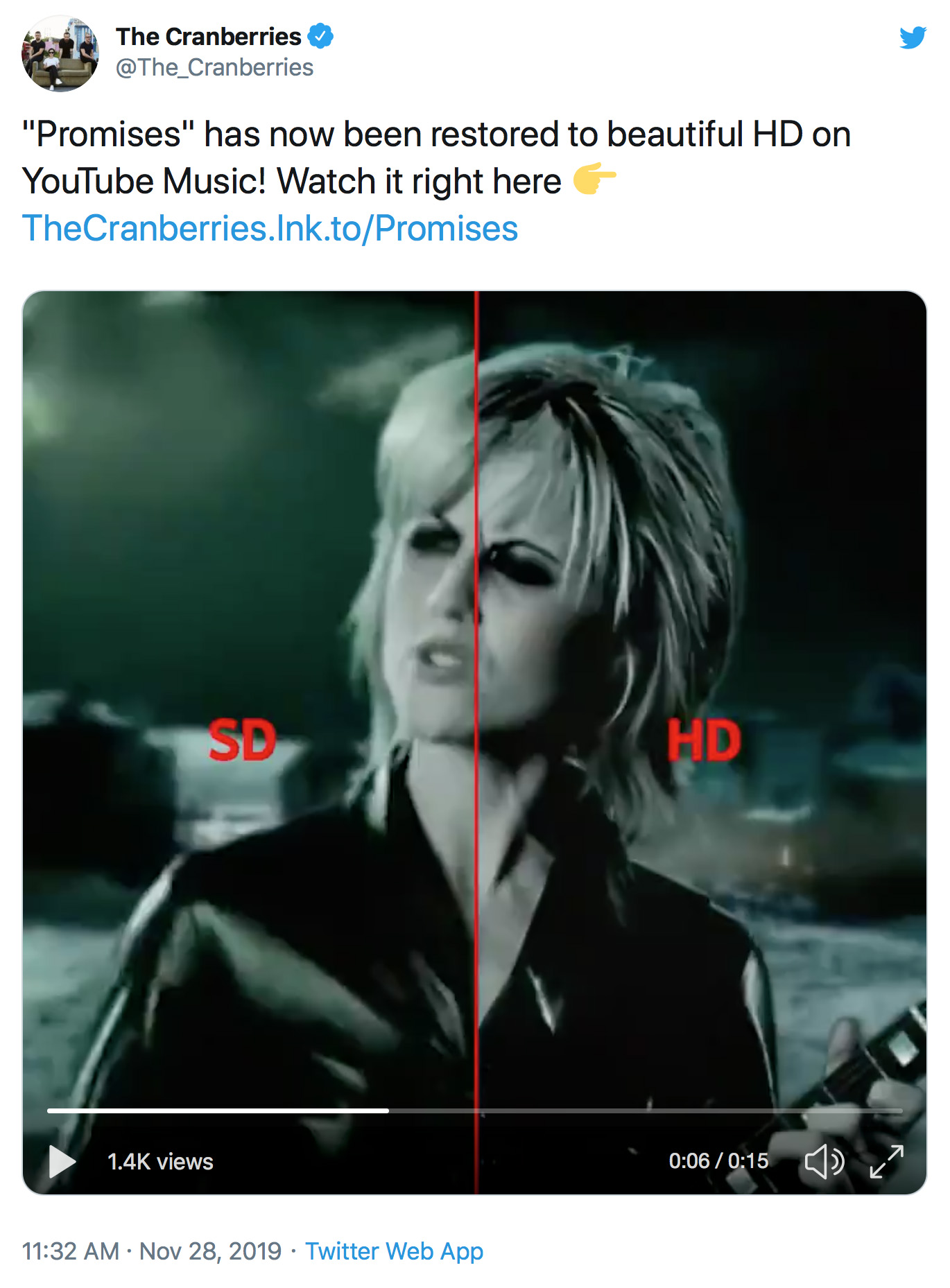 Broadcast today on Today FM. Listen back the interview directly on todayfm.com 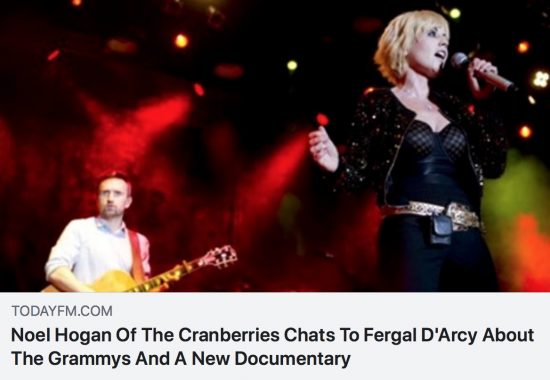 Read the article/interview directly on bbc.com 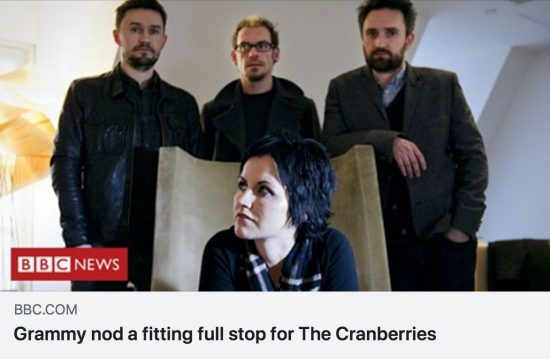 Noel Hogan was interviewed this morning on RTÉ Radio 1 on the show “Morning Ireland”
Listen back on their Soundcloud:

Thanks to The Cranberries Newspaper for the link.

billboard.com “The Cranberries React to First Grammy Nomination: Dolores Would Be Delighted”

November 20, 2019  |  Comments Off on billboard.com “The Cranberries React to First Grammy Nomination: Dolores Would Be Delighted”  |  by Axl  |  The Cranberries

Read the article/interview directly on billboard.com 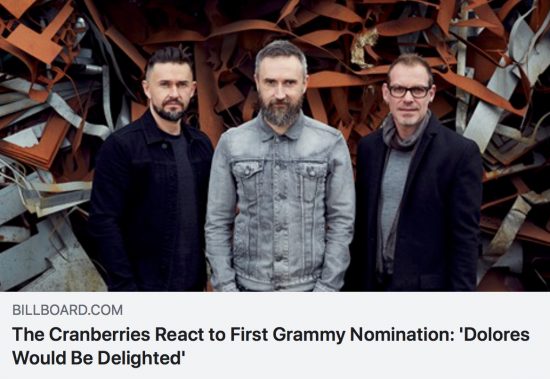 November 20, 2019  |  Comments Off on belfasttelegram.co.uk “Cranberries say Grammy-nominated album is tribute to late singer”  |  by Axl  |  The Cranberries

Read the article/interview directly on belfasttelegram.co.uk 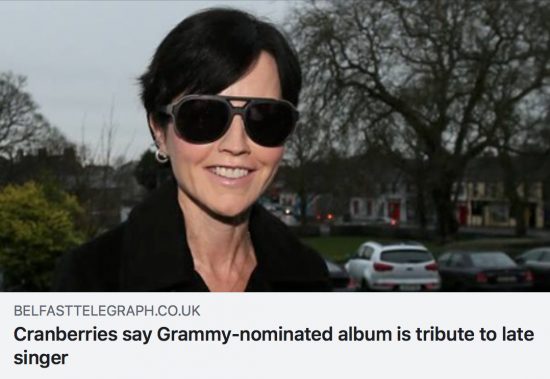 November 20, 2019  |  Comments Off on hotpress.com “Stunning Dolores O’Riordan mural goes up in Limerick”  |  by Axl  |  Dolores O'Riordan, The Cranberries

Read the article directly on hotpress.com 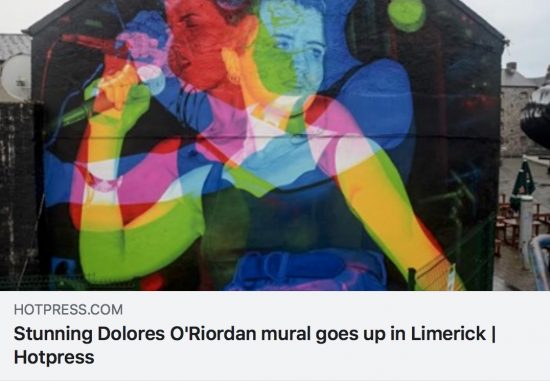 “In The End” nominated for a Grammy (Best Rock Album) 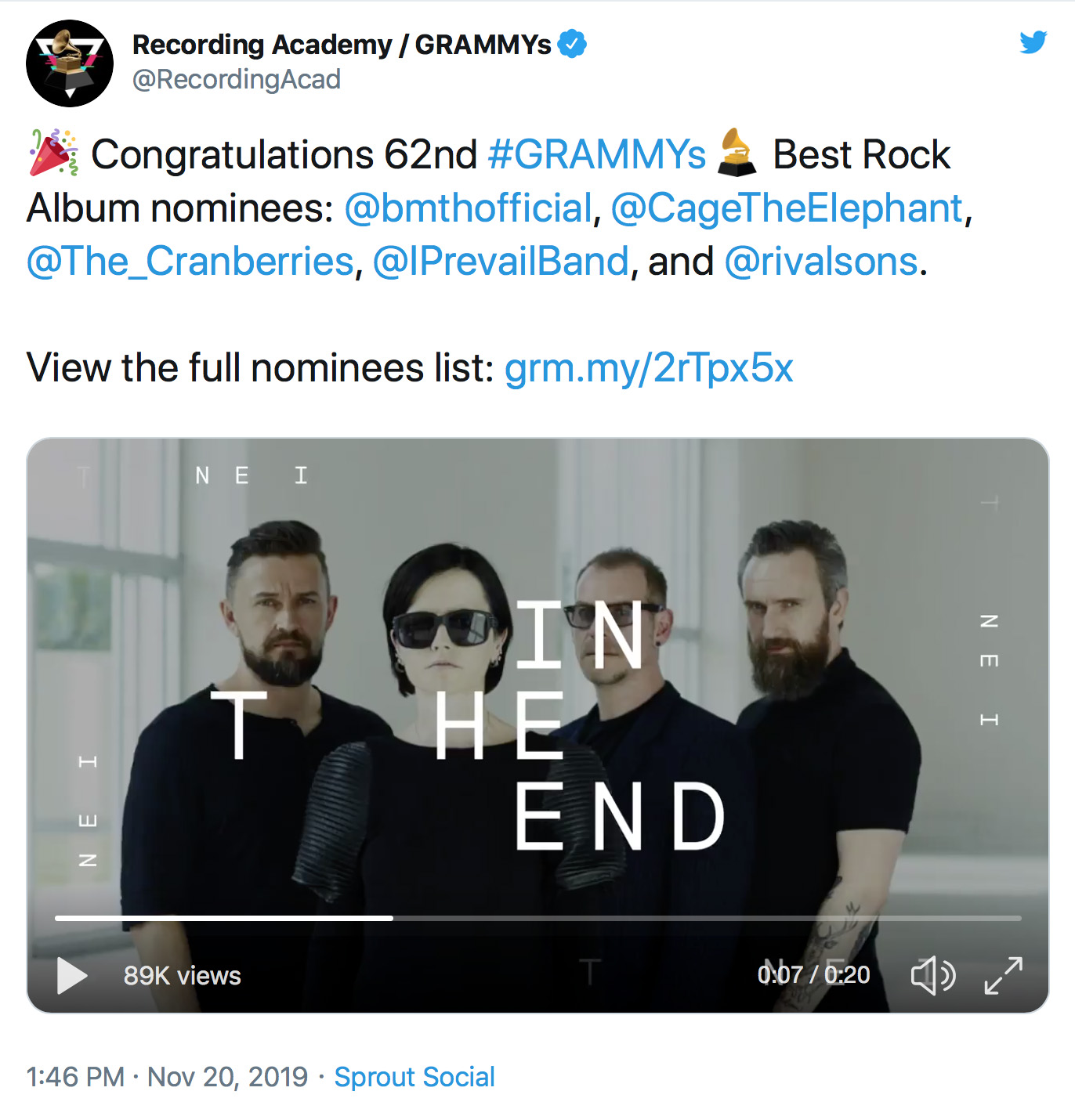 The Cranberries published a message on their official website regarding their nomination: 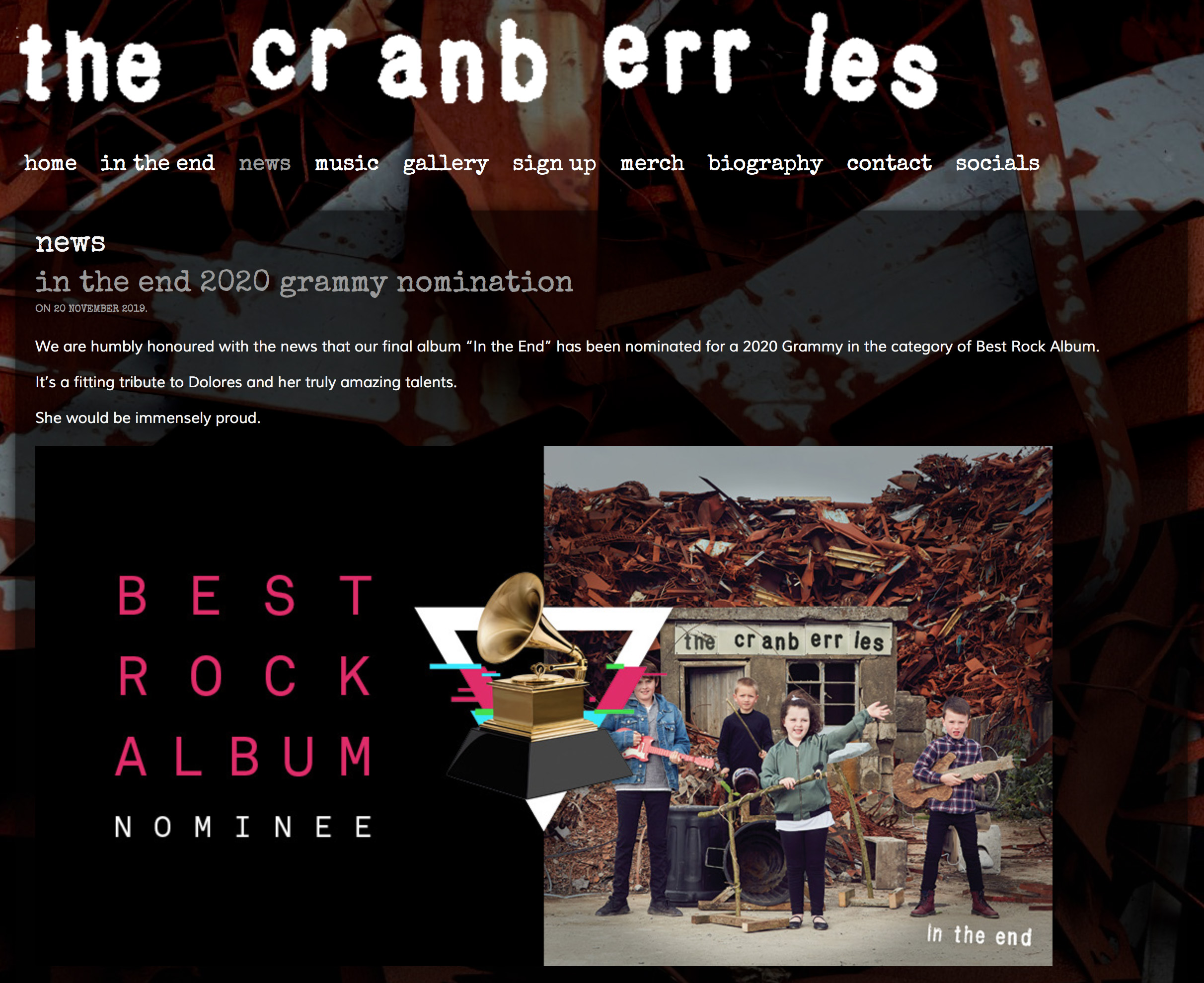 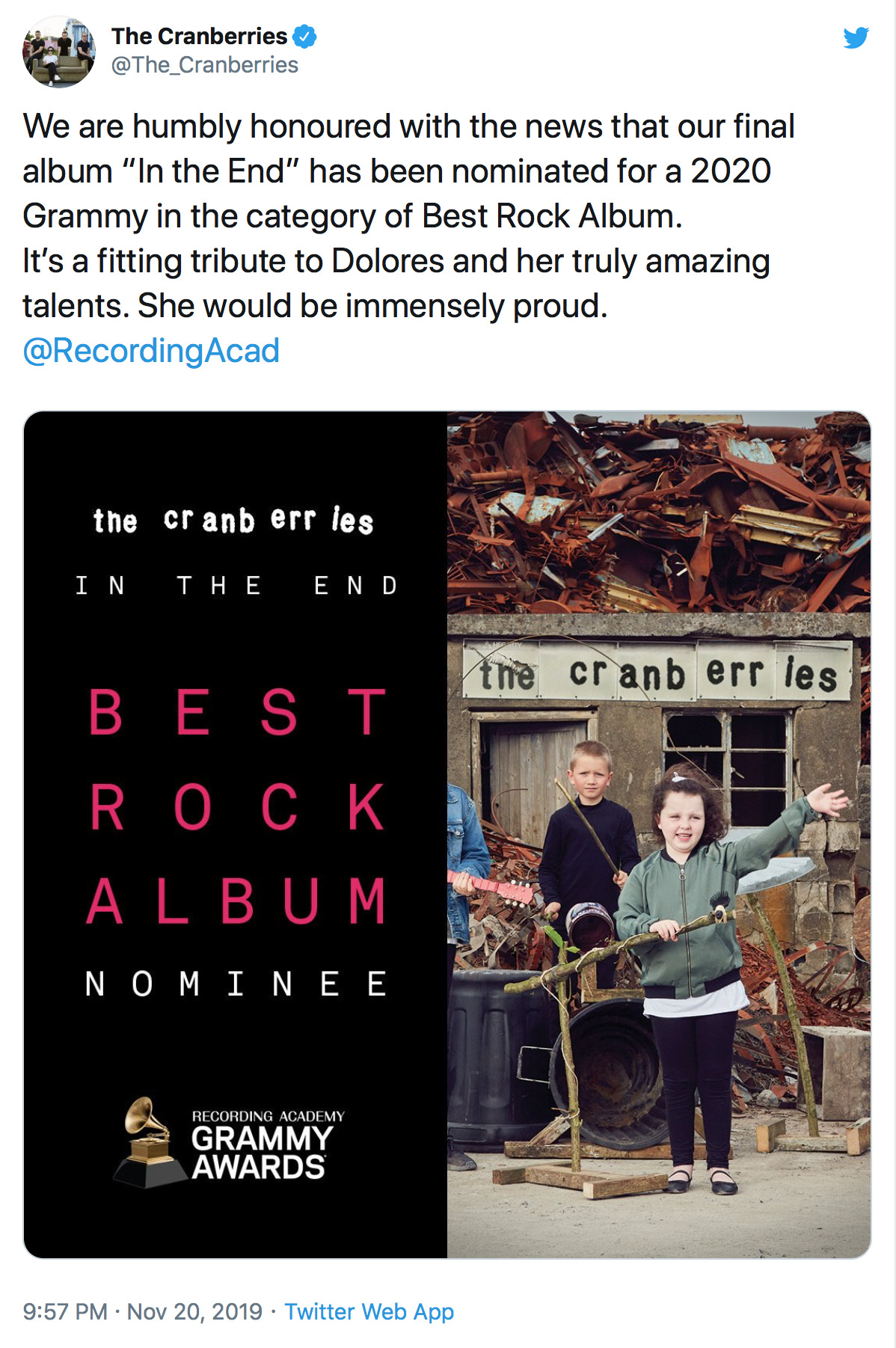 The complete show in Portsmouth on 23 February 1993 recorded from the audience at Portsmouth Pyramids Centre was posted yesterday on YouTube by Luis Hernández. Thanks to him for sharing this rare bootleg. The Cranberries were opening for the band Belly.

Early as usual, the official “Just My Imagination” music video remastered in HD is now online: 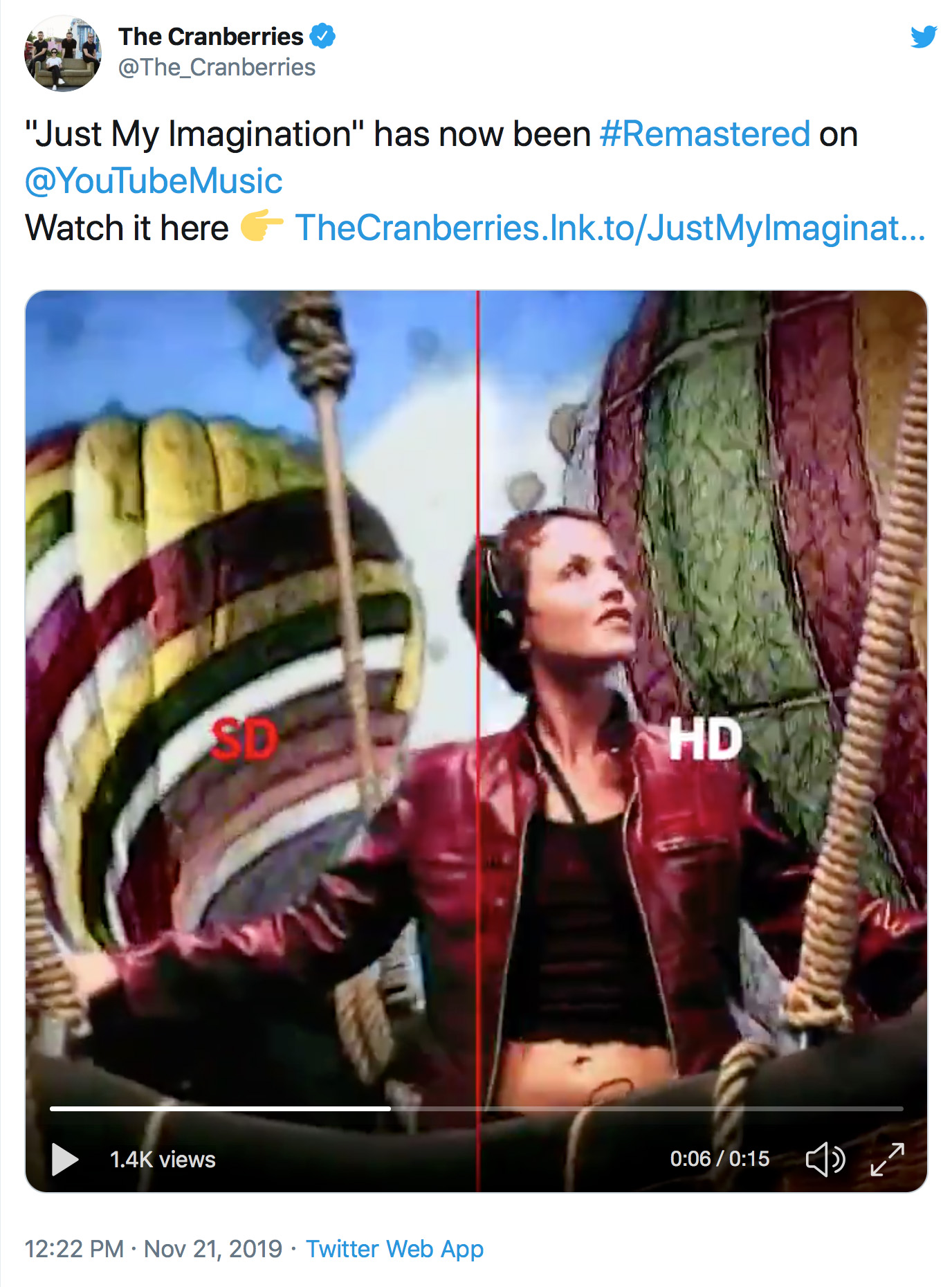