You are here: Cran World » Archives for December 2005

December 10, 2005  |  Comments Off on Noel Hogan Invests in Entertainment Kiosks  |  by Zombieguide Archives  |  The Cranberries

Ireland’s Sunday Business Post reports today that Noel Hogan has put up the financial backing for a new plan to install hundreds of entertainment kiosks around Ireland.

The “Digital Jet” Kiosks will offer multimedia content — digital books, music, and videos — that users will be able to download by connecting their MP3 players, laptops, and mobile phones. The kiosks will be placed in airports, universities, and other high-traffic areas and will allow, for example, someone to download a digital book before they board a flight.

Longtime Cranberries financial manager Alan McEvoy got Noel involved in the venture. “The machine can be updated easily so it will never be dated,” McEvoy said.

The first machines will roll out in mid-February. McEvoy plans to have 300 kiosks installed around Ireland by the end of 2006.

Zombieguide reader Giovanni Denuzzo has sent in an audience-recorded video of Dolores O’Riordan’s “new” version of “Linger” and her “Adeste Fideles” duet with Gian Luca Terranova as performed tonight at the Vatican Christmas Concert.

Giovanni writes, “This is Adeste Fideles in which Dolores sings with the tenor. This song was very amazing. Linger has been performed in a slower way and the rythm was like swing… very sweet and particular. Dolores seemed to be in great shape and performed these two song almost at the end of the concert. She took part to the first song of the concert ‘White Christmas’ with the rest of the artists. When the concert ended I tried to catch her but it was impossible… I’ll try to find her today in the centre of Rome… probably she’ll do shopping.. Sorry for the poor quality, but I only had my phone.”

Excuse the poor quality, but it should give you an idea of what new version sounds like: a slightly slower tempo and some di erent melody arrangements, but still very much recognizable as the “Linger” we know and love. Don’t forget we’ll have professional-quality recordings when the concert broadcasts on Italian Canal 5 on Christmas Eve.

Thanks to Giovanni for the videos. If anyone else has photos or news from the Vatican Christmas Concert, please send it in!

CranberriesItalia has posted more photos of Dolores from yesterday’s press conference at the Vatican. Check them out below.

In the meantime, we will have first photos of tonight’s Vatican Christmas Concert up very soon.

The first professional photos from Dolores O’Riordan’s performance tonight at the Vatican Christmas Concert have begun coming in.

Below, you can see Dolores performing “Linger” alone in a tight black dress with transparent long sleeves, covered with a a shaggy black vest. Then, in her duet with Gian Luca Terranova, she performed without the vest.

If you’ve spotted more photos around the ‘net, please send them in. 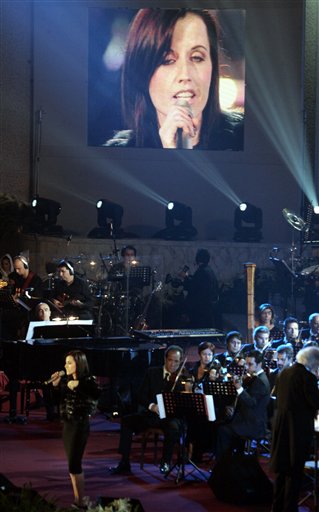 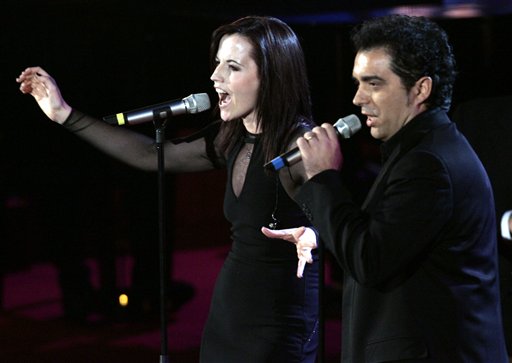 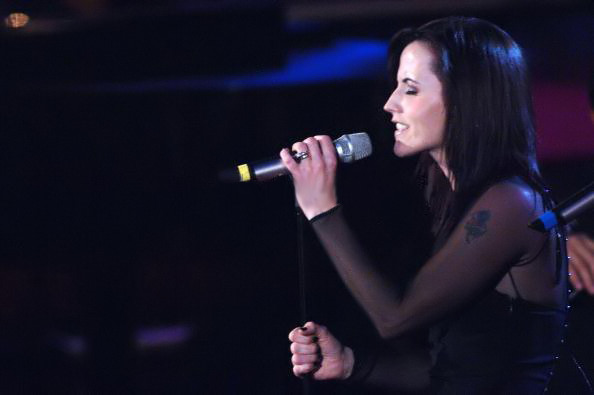 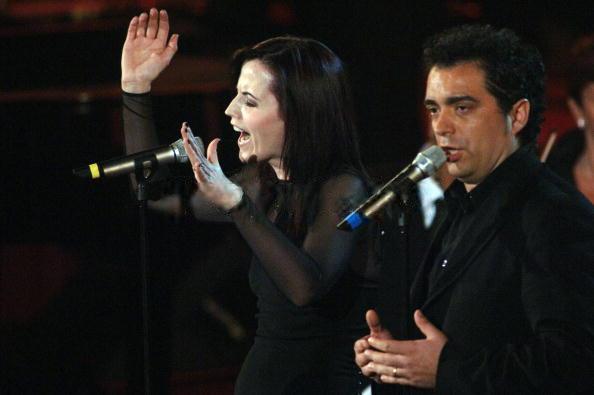 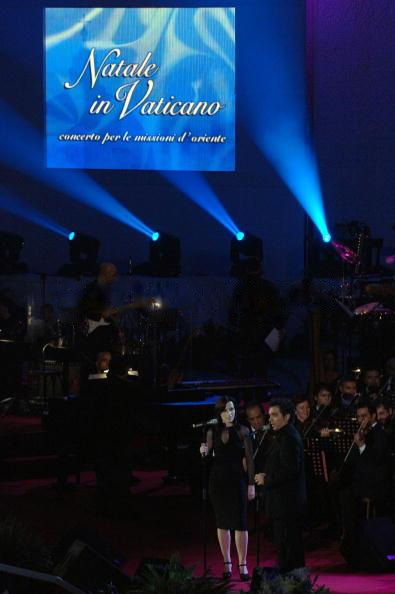 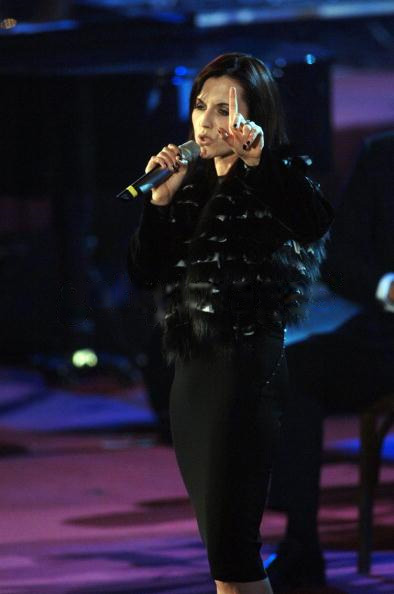 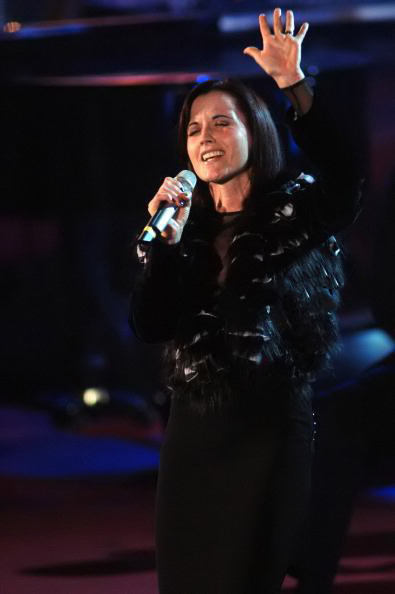 CranberriesItalia has a first-hand report of today’s press conference for the Vatican Christmas Concert, where Dolores O’Riordan got to talk a little bit about tomorrow’s performance and also her forthcoming solo album. 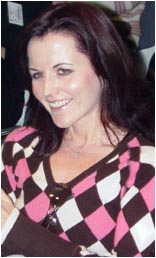 Dolores confirmed that her debut solo CD will release in late spring, either May or June of 2006. She confirmed that The Cranberries are currently separated, but did not rule out a future reunion. She told the journalists present, “This is a moment where all of us really want to experience new ways of making music and new ways of expressing what we feel inside. I absolutely am not against playing
together with the band in the future, but right now we have no plans.”

Orchestra conductor Renato Serio introduced Dolores, saying that since this is her third time at the Vatican, she is considered “one of the family.”

CranberriesItalia got a chance to speak briefly with Gian Luca Terranova (pictured), who will duet tomorrow with Dolores on “Adeste Fideles.” Terranova admitted to “loving Dolores’s voice and her way of performing pieces in a unique and intimate way. [It’s] an attitude and a way of singing that many Italian singers have often tried to imitate.” 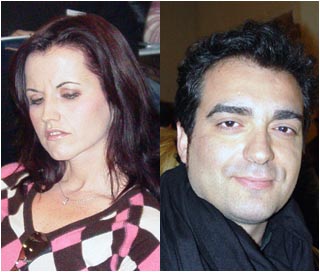 Zombieguide will have the lastest photos and media from the Vatican Christmas Concert over the next 24 hours. If you have a link or photos, send them in!