You are here: Cran World » Archives for December 1999

Yes, although this one isn’t “You and Me”.. Apparently a new promo was released last year called “So Far…”. It is an Italian-only promo, and includes 3 tracks: 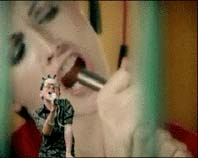 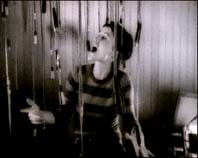 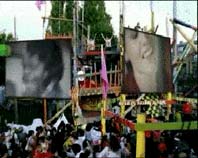 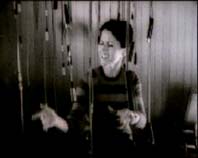 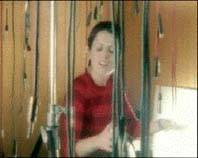 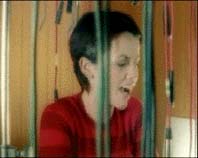 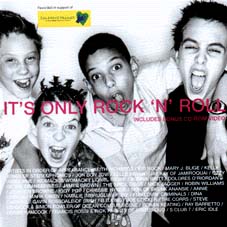 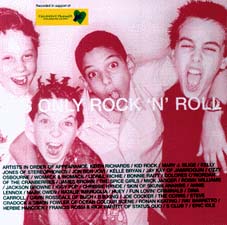 International You and Me Promo

December 28, 1999  |  Comments Off on International You and Me Promo  |  by Zombieguide Archives  |  The Cranberries

Here is a scan of the international You and Me promo, which contains one track. The Spanish promo mentioned earlier contains 4 tracks, which includes:

1. You and Me
2. Promises
3. Animal Instinct
4. Just My Imagination 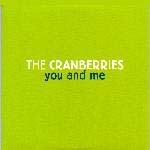 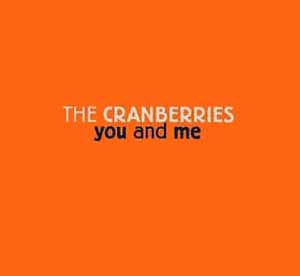 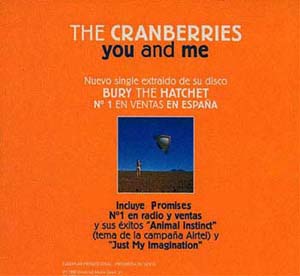 In case you haven’t heard, the Cranberries will be headline a show called Espárrago International Festival 2000 in Spain on April 15th and 16th. For more info, check out the Zombieguide Concerts/Tour Section for more info. In the meantime, check out this propaganda: 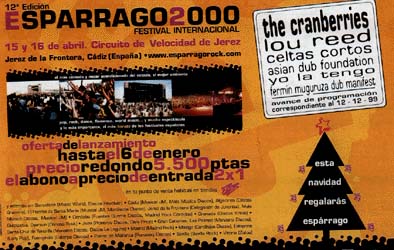 You and Me Promo Single!

Finally, promo singles have been pressed and distributed for You and Me! And, of course we have scans for you! Below is the scan of the Spanish promo single, just recently released to radio stations. 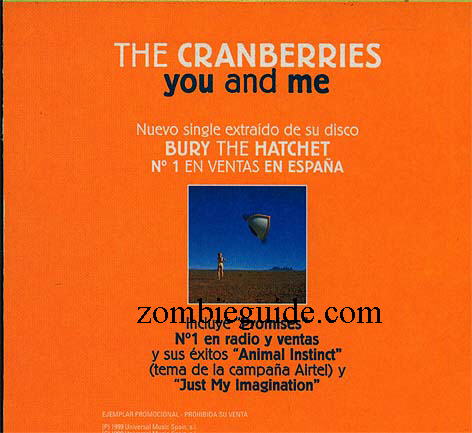 The Cranberries Tape Trader has posted some of the most attractive pics of Dolores I’ve seen in a long, long time… As you can see, they were used in the recent issue of the European magazine, EPOK. Check them out.

We finally have official word about the release of the Live in Paris video, to be released next spring. This press release was given from the company who got the exclusive right to publish it.

The Cranberries, the internationally known rock quartet hailing from Limerick, Ireland, was formed in 1989 and their first single, “Uncertain”, was released by Island Records in 1991. The band’s first album, Everybody Else Is Doing It, So Why Can’t We? was released in March 1993 and has sold over five million copies, spawning two hit singles: “Linger” and “Dreams”. From there, The Cranberries went on to release No Need To Argue and To the Faithful Departed, each album more successful than the last, and winning international awards and recognition, including the MTV Award for European Single of the Year for “Zombie”.

The band took a three-year break from touring and recording in 1996. They are now back with a bestselling album, Bury the Hatchet, which topped the charts around the world. They are also in the midst of an internationally acclaimed world tour of 46 cities, including London, New York, Paris and Milan. To date the band has sold over 31 million albums. This is their first concert, since 1994, to be released to home video, and marks The Cranberries’ first DVD release.
The Paris concert will be released on DVD, videocassette and for broadcast in the Spring of 2000. The DVD will feature Dolby Digital and DTS multichannel audio. The video was produced by Ned O’Hanlon for Dreamchaser Productions, audio was produced by the band and the program was directed by Maurice Linnan.
Visit Image on-line at http://www.image-entertainment.com for information regarding the latest DVD, laserdisc and exclusive VHS releases. Also visit Ken Crane’s DVD and Laserdisc Superstore on-line at http://www.kencranes.com for consumer direct sales.”

The recent benefit for Children’s Promise has been made a 2CD single set in the UK. A portion of the sale of every CD is promised to be donated to the foundation. It is also an Enhanced CD, and includes the music video in Quicktime format for your PC. Also, check the scans for the list of all the artists on the CD.

December 19, 1999  |  Comments Off on New Tour Dates Considered  |  by Zombieguide Archives  |  The Cranberries

According to a recent interview with Fergal after one of the recent UK gigs, the Cranberries are considering booking new tour dates for France for June of 2000. Nothing is official right now, but because of the large crowds of the recent French shows, I would say rebooking that area would be a good move on the band’s part.

A new site, “Cranberry Awards”, has given Zombieguide the highest honor — Best Cran Site on the Internet! We here at Zombieguide are very pleased accept this award. Thank you to everyone who has made this site a success! Please click the pic to find out more.

A month after its release, we finally have a pic of “Double Must”! This Euro-only issue was released last month and includes TTFD and BTH.

Merry Christmas from The Herald

December 15, 1999  |  Comments Off on Merry Christmas from The Herald  |  by Zombieguide Archives  |  The Cranberries

Merry Christmas from The Cranberries Herald! And to celebrate, we at The Herald have a gift for you! If you have Doors and Windows, you may have already seen this. If not, enjoy!

Now this is exclusive! Zombieguide proudly brings to you nine exclusive photos from the Calvin Klein photo shoot. These pics of Dolores will be used in CK ads next year, for his music celebrity ads.

Yes, there’s lots of exclusive stuff today. You probably remember last month that the Cranberries guest starred on a WB TV show called “Charmed”. Although the Berries did no acting, they did a performance of “Just My Imagination” in a club at the end of the show.

As stated by Dolores recently on French radio, the band is going back to the studios again early next year to recrod Album #5. Here is news from the official page to confirm that:

I’m still alive. I haven’t been writing too much recently as I’ve been concentrating on the tour, so apologies to anyone who has been waiting.

We are in Madrid and I think I’ve eaten too much “Paella”, I’m feeling a little bloated but there are two hours to go before the gig so, it should be digested by then.

All the shows so far have been great, thank you all for coming. We have been playing a mixture of songs from all four albums and the reaction to the new stuff has been fantastic, it still amazes me how fast people can learn the lyrics.

It’s been great flying home every few days, (the joy of waking up in your own bed is a thing you do not take for granted when you have toured for a long time!) I thought it would feel a little strange because I wasn’t on the bus, but I’ve had a few days where I stayed out here (in Spain) for a bit of a party which is always good for bonding!

We were discussing our plans for next year today and I can tell you that we hope to start recording some new material in May and we will definitely be doing Summer festivals around Europe and the Womad festival in South Africa. We are also trying to organize to go to South America but that has not been confirmed yet.

Woo-hoo! Great news today! . In Belfast both sides sat down together around the table so hopefully they will be able to work things out and we will finally have peace in our beautiful country.

It’s now Dec 5th and we are in Barcelona . A few of us went out around the town for a while then we went to eat at the “Hard Rock Cafe” and did a little tour of the bars until 4.30am. But surprisingly I felt great this morning, there is something magic about this city. It is without doubt my favourite!! O.K. it’s time for me to start my stretching etc. before the gig so talk to you later.

DONT FORGET TO CHECK OUT THE LIVE WEBCAST ON THURSDAY 9th DECEMBER. Read message below for instructions!

Yet another new bootleg has surfaced from the current tour. This one is titled “Live in Barcelona, December 5th, 1999”. Bet you can’t guess where it was recorded! I’m not sure of the tracks, but scans are below:

It’s now about as official as it gets. This Thursday, the Cranberries did their last show in the France area. The show was broadcasted over the internet, and was recorded for future release. However, the biggest surprise, is when after the encore, the Cranberries came back out to play one more song — again. Dolores roused up the crowd to a loud cheer to the effect that they are still in the middle of the show, and replayed “You and Me”. The announced that they would be releasing this as the music video. As you may recall, they’ve done this before. For the first album, they made a “Dreams” live video, which was taken directly from the first live home video. However, according to those that attended the show, not all of the concert was recorded. If you’ve been to one of the recent concerts, you’ll know that they now have some large screens to show close-ups for the unfortunate in the back. Anyhow, according to the sources, Dolores announced that only a few songs would be recorded, and that when they were, these screens went blue. If so, only “Salvation”, “Zombie”, and another song were recorded. So does this mean that the upcoming video won’t have the entire show? Or will it be a compilation-type video of different live shows? Or will there even be a live video at all?!

December 4, 1999  |  Comments Off on Dolores in New Benefit Video  |  by Zombieguide Archives  |  The Cranberries

Dolores makes a VERY brief appearence in a new benefit video for children. The music video consists of dozens of artists doing about 2-second clips of the song “It’s Only Rock and Roll, But I Like It”, originally recorded by The Rolling Stones.