This really should come as not much of a surprise. Due to Dolores’ delicate condition four months into pregnancy, all tour dates left on the European leg have been cleared. The official page explains:

Hi, it’s me the bearer of bad news again. OK where to begin?? First of all we’d like to apologise to anyone who came to Zeebrugge in Belgium to see us, we didn’t make it there in time to play because our plane had broken-down and we had to wait for another one to arrive. So by the time plane no.2 arrived we had lost our slot to play.

And there’s more, as you have already heard we have cancelled our remaining four gigs. Dolores went for a check-up to her Gynaecologist and was recommended to get a lot more rest. She was flying from Ireland to the gigs in various parts of Europe and most flights were at least 2 1/2 hours long, so that’s 5 hours flying a day plus a concert. It’s hard enough to do that shit when you are fully fit, not to mind being 4 months pregnant. We have always said that health must come first, so apologies again to anyone who was due to see us, I’m sure you understand. The important thing is that both Dolores and her baby are fine. Don’t worry, we will be touring again when we finish this new album next year so we will DEFINATELY play these shows then.

Speaking of the new album we begin recording on the 21st of August in Dublin. We have six weeks booked and we have about ten songs. When we finish after that we will take some more time to write and rehearse and then finish off the album. We said we wouldn’t rush or put any pressure on ourselves, so when we think it’s ready, then we will release it. I’ll fill you in on all the latest going’s on in the studio and I also have some photo’s from the tour which I’ll put up when Rainer our webmaster gets back from holiday’s.

Talk to ya’ later,

For health reasons, it was necessary to cancel the last 4 remaining “Loud And Clear Tour” shows in Spain (26th July) , Switzerland (28th July), Poland (30th July) and Denmark (12th August). As was earlier mentioned on this web page (see below) Dolores is expecting a child, and it was not possible for her to continue performing without health risks. The band wish to convey their deepest regrets to all fans who had planned to go to the shows.

Here are two shots from the Rome, Italy show from July 19th, courtesy of The pretty Cranberries. 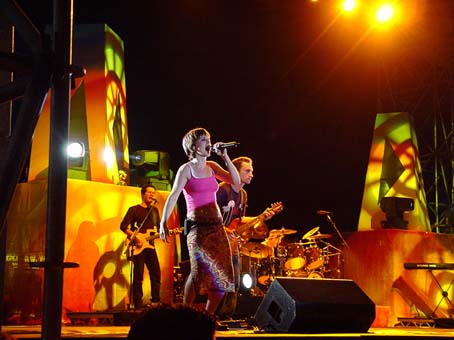 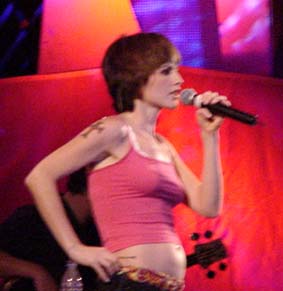 New Compilation to Be Released

A new compilation with the ‘Berries is scheduled to be released next month. Titled “Emerald Rock”, the CD features the band plus others such as R.E.M. It’s unknown what song will be included, but we’ll learn more as its August 15th release date approaches.

Unlicensed merchandise is always interesting, and this is no exception. This was probably just one of the many items sold outside the National Auditorium earlier this year during the Cranberries’ gig in Mexico. It is a 50 pesos coin, one that is long out of circulation. That probably means that one couldn’t spend this coin, but it’s weird none the less. 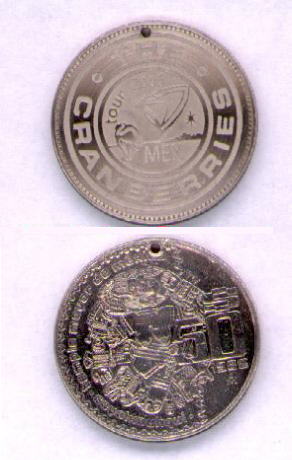 Dolores announced just recently to a crowd in Spain during a gig that album #5 will be ready for spring. The question here is whether the actual recording will be finished or if the album will be available. The former is probable. One may recall that “Bury the Hatchet” was finished in September 1998, but not released until April the following year.

A new single has been released in Spain, this one for the BTH tune “Copycat”. Of course the immediate question that hits most peoples’ minds is if a commercial single will follow? Only time will tell, as currently, neither single nor video plans have been announced. If made official, it will be the 5th single of “Bury the Hatchet”. 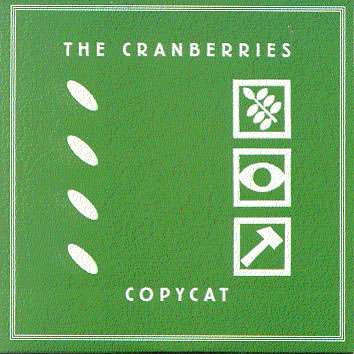 As a postscript to today’s update, Fergal confirms what has been rumored for weeks now: Dolores is now nearly three months pregnant with her second child.

We are on the plane(July 8th) to the Belfort Festival in France. All is well! We had a ball in Tel-Aviv and Greece last week. It was our first time in both places and the weather was incredible. We had a good few days off so Noel, Mike and myself went out partying with some of our friends that we work with. I have never seen clubs like the ones in Greece, over 1,000 people, on the beach, 70’s disco music, open ’till 7 am, and the drink was free!!!!!!!!! The people there treated us really well. Betty Ford’s is looming in the distance. Although, I did swim for at least an hour a day, so that combats the drink a little, plus I gave up the cigarettes again.

Anyway here’s the important stuff. The gigs in Tel-Aviv, Athens and Thessaloniki were some of the best gigs we’ve done in ages. Everything just seemed to come together and we were all on form. The best thing was that in Athens the gig was down by the Harbour and there was a big road that was about 80 feet above the stage, so during the concert there was about 2,000 people watching us from the road for FREE!!! I love it. It’s great when stuff like that happens because unfortunately the promoter is the one in charge of the ticket prices, so it was great to see all these people who maybe couldn’t afford tickets, watching “The ‘Berries” for nothing. We also did two Festivals in Germany and to be honest they were a lot better than I expected. A festival is always different from your own show because 1st of all it’s not your gig, so not everyone in the audience is there to see you, which takes the pressure off, but on the other hand you have a whole new bunch of people that hopefully you can introduce “The Cranberries” music to. So it’s always a challenge, and a challenge is always good. I was talking to some of the lads from “Therapy” for a while. I had met them a few times before and they are really nice. I also saw the guys from “Gomez” there too but I was too embarrassed to say anything to them. I’m a bit of a fan of there stuff. Tonight at the Belfort Festival “Macy Gray” is playing so I hope to see her as I like some of her songs, but we have interviews so we’ll see.

P.S.(July 9th)
Hi!
I didn’t get time to put this up last night but you are going to be happy about that ’cause, before we played “Animal Instinct” last night Dolores told the audience (in French) “I wrote this song after having my first baby, I’m now due my second”. Woo-Hoo!! Isn’t it amazing? She is almost 12 weeks pregnant and she is still rockin’ out!

The gig was great by the way, there was about 25 thousand people!! It’s a feeling like no other watching that many people go crazy in front of you!
I finally bought a digital camera so the photos will be coming very soon.

The Israeli Cran fan who reported the news of Dolores’ pregnancy now has new photos from when she met the band at their hotel. Perhaps this is more evidence to those who thought that the pregnancy story was just a wild rumor. However… that stomach of Dolores’ doesn’t look bloated at all! Well, make your own decision, but for now, enjoy the band off-stage!

Also, a bit of (perhaps useless) trivia: The character on the fan’s shirt is pronouned “Oni” in Japanese and means “devil” or “demon”. (It is pronounced differently in Chinese, but has the same meaning) 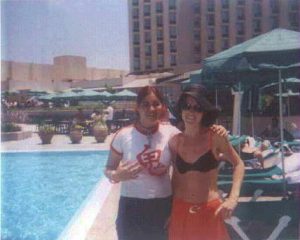 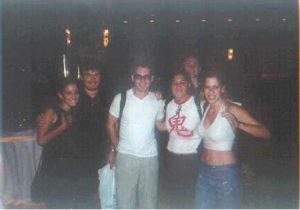 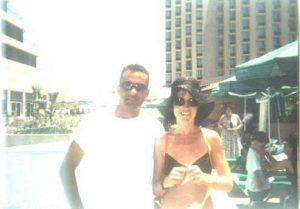 July 1, 2000  |  Comments Off on French Mag to Cover Eurockéennes Festival  |  by Zombieguide Archives  |  The Cranberries

“Le Point Grandes Ecoles et Universités” is planning on having extensive coverage of this week’s Eurockéennes, where the Cranberries will be making an appearence. “Grandes Ecoles et Universités” is a monthly addition of “Le Point” magazine, which is subscribed to by over 28,000 students. Currently, the site has a massive chunk of their website dedicated to the upcoming event, including a listing of schedules, etc; unfortunately, it’s all in French. There are also some interviews with some of the lesser-name artists (no ‘Berries). However, a load of info will be updated live from the show. Be sure to check it out here (http://www.lepoint-etudiants.com/)! (LINK NO LONGER AVAILABLE)

Source: Thanks to Franck Attia