You are here: Cran World » Archives for March 2000

Dolly Autograph for “All the People Out There”

Shortly after the Giga interview, a Dolores autograph was posted on the Giga page. However, it was only posted for a short period of time and then taken down. Thanks to Jessica van Kessel for saving it and forwarding it. 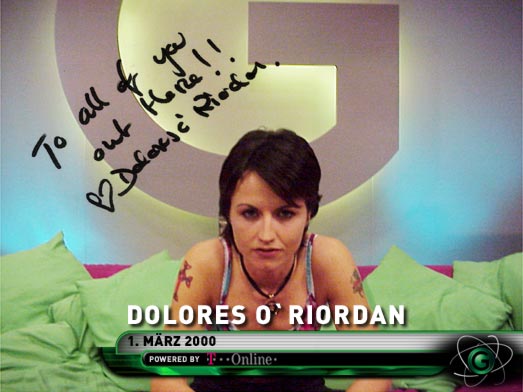 March 30, 2000  |  Comments Off on EXCLUSIVE: Giga Interview Screenshots  |  by Zombieguide Archives  |  The Cranberries

We reported that days ago, Dolores made a promotional appearence on the Giga network. We now have a hoarde of exclusive screens of this that you’ll only find here! Dolores basically reaffirmed all of the previous news, about doing many festivals for the first half of this year. 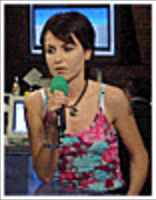 Borders, a US-based music and book store, has an in-store display for Sessions at West 54th. The sign gives all of the information about the show, expecially that it is a show for public networks, with little profit involed. Below the sign are the albums of past, present, and upcoming artists, and of course, “Bury the Hatchet” is on the rack — even though the show doesn’t air for another two months.

EXCLUSIVE: High-Res “You and Me” Scans, Tracks

Exclusive news for you! We have high-res scans of the “You and Me” single, released this week in Germany. It also includes a sneak peek at BTH: Complete Sessions! Tracks are:

Dolores appeared for the APH Awards ceremony this past Sunday, as well as doing a small performance. She and the band’s backup singer did “You and Me” and “Dying in the Sun”. Below are some nice vidcaps of the show. Also, a new tour date was announced: 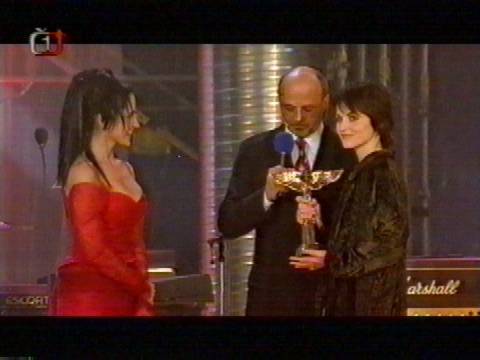 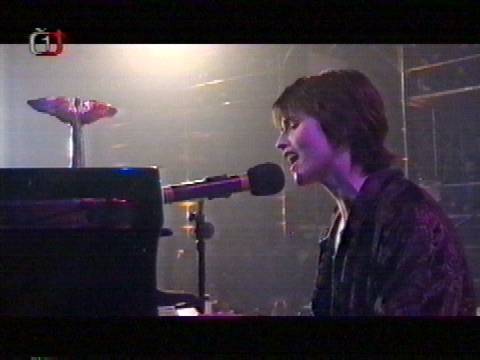 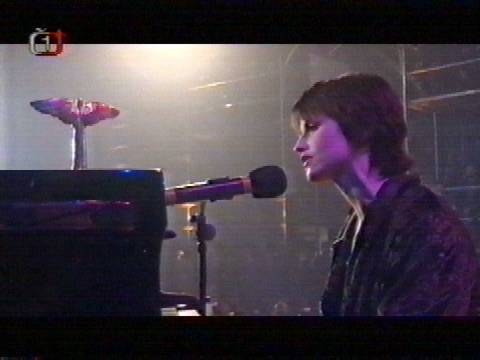 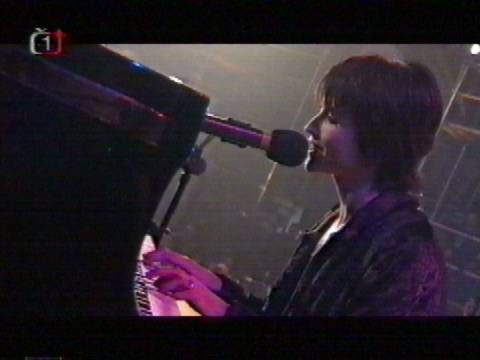 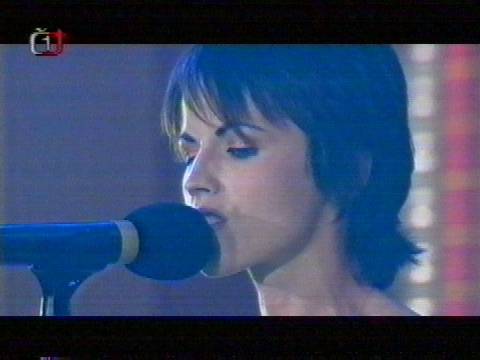 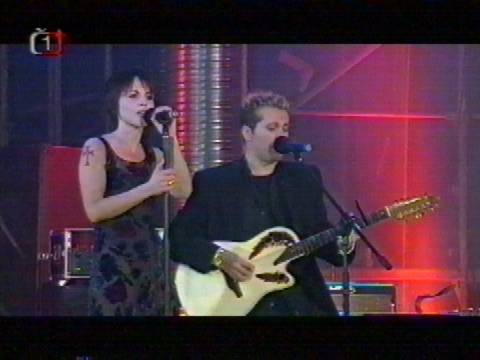 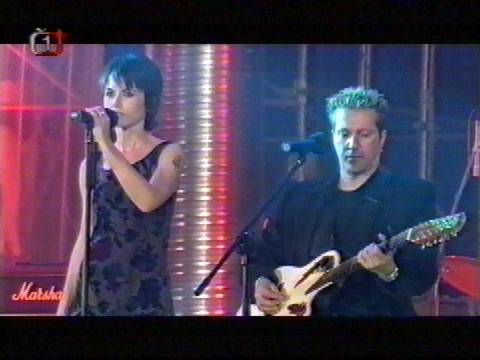 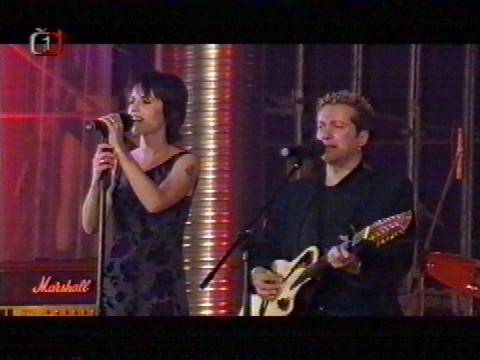 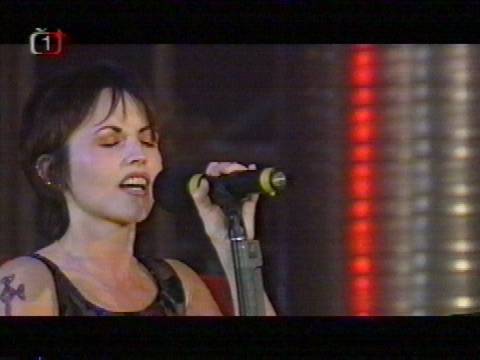 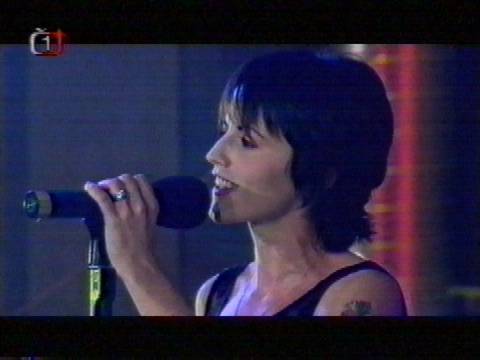 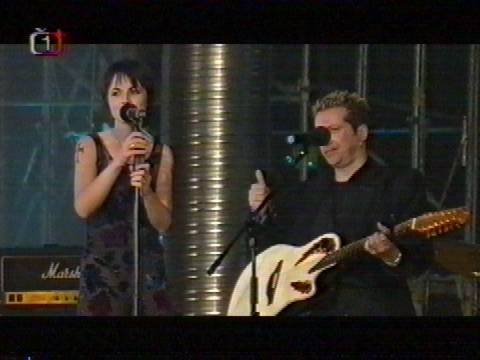 Corresponding with the show, three Cran articles ran in papers in the Czech Rebpublic (where the show was broadcasted). The articles are in Czech (the third has a pic from the show), but it’s nice to see that the band is getting press. 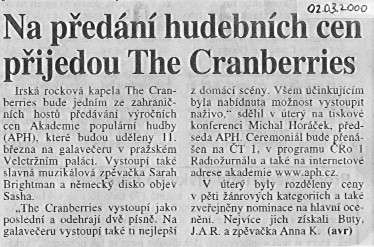 Dolly’s Got a New Bag

Other than the obvious new haircut for the new year, a natural brown longer cut, the astute will observe something else — a new tattoo! On her right shoulder, opposite her “Don” tattoo (which she got a few years back), there is a Celtic-style cross. Here are two enlargements:

“You and Me” Released

“You and Me” was released this week, and it looks to be limited. I’m not sure of the tracks at the moment. However, Cranfans in Europe had to do a bit of scavenging to find it in stores. I don’t know of the exact track list yet, but I should have that and cover art for you soon.

“You and Me” Video

The “You and Me” video has been released! Those that have seen it tell us that it includes more than the Paris footage from last December — it includes some studio footage, too. Cropped into the video is different footage of people running down the street to kiss their lovers.

If we get any stills of the video, they’ll surely be posted here.

BTH: Complete Sessions “Should Be Released in the US”

This comes as great news to US Cranfans. When a submission was asked to the Island representatives at the Official International Cranberries Website about a release for BTH: CS in the US, the following reply was received:

Thank you for your mail. As far as I know it should be released in the US but stay tuned to the website for more details as [to where] and when it is released.

Source: Thanks to Kyle

Exclusive pics! These are pro shots taken from the Madrid gig last December. Check them out.

Bury the Hatchet — The Complete Sessions

“On April 17th Island Records are releasing “Bury The Hatchet – The Complete Sessions”. This double CD package will feature all tracks originally recorded for ‘BTH’, plus a sample of live tracks taken from the forthcoming DVD/Home Video to be released in June 2000. The package has been redesigned by Storm Thorgerson and will be a special digipak format. CD 1 will contain all the tracks included in the international release of BTH. CD 2 will feature the following tracks:

1. Baby Blues
2. Sweetest Thing
3. Woman Without Pride
4. Such A Shame
5. Paparrazi On Mopeds

All live tracks were recorded in Paris, France on December 9, 1999 except track 10, which was recorded at Grosse Freheit, Hamburg, Germany on April 16, 1999.”

March 9, 2000  |  Comments Off on Recent and Upcoming Promo Appearences  |  by Zombieguide Archives  |  The Cranberries

Dolores arrived in Germany on Sunday to begin a new round of interviews and appearences in Berlin and Düsseldorf. Schedules appearences include interviews with radio stations, MTV Germany, and NBC Giga.

Dolores did an online interview this morning for Doc Rock and MTV Germany. The following have been confirmed, much of which is very noteworthy:

-A gig for Brazil has been confirmed for between the 2nd and 5th of April
-Album #5 will be produced by Stephen Street!
-You and Me will be released next week!
-Dolores is planning on taking part in a movie by next year
-In addition to the new tour dates (below), the band is also scheduling for Belguim, Switzerland (15th of August), Denmark, Italy (15th or 16th of July), and more…
-The band has so far written three harder songs for the new album and one ballad
-There is not a new cransong called “Atosa”
-Album #5 is currently slated for a January 2001 release
-The band, sadly for fans, will not be doing any of the new songs live until the album release to avoid the publication of bootlegs 🙁
-The new live video is now slated for a release on June 28th.
-In their free time, the band is planning on writing some songs for soundtracks
-Dolores has an Arab horse 🙂

Upcoming dates in South Africa, Israel, Greece and Turkey will be announced shortly

More Info on “You and Me” Limited Ed.

We now have more deatails on the MTV Germany Contest. One the site, you can choose your favorite Cranberries live track from December ’99 from the ten samples listed. The two songs that receive the most votes will be added onto the CD in video format. So the tracks for the “You and Me” Limited Edition will be:

There is still no word on what tracks the regular version will have. However, the site says the that CD will be released in late March (as opposed to “early” as stated before).

“You and Me” Italian Promo

Thanks to The pretty Cranberries, we have scans of the Italian “You and Me” promo, which is quite different from the other promos. This one has just been released recently, in contrast to the Spanish promo, which was released in mid-January. 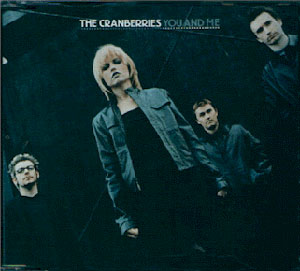 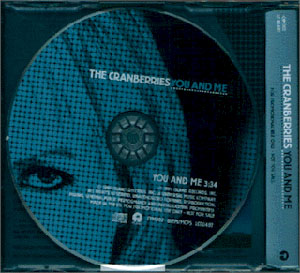 Dolores Looking for a Movie…

According to The pretty Cranberries, Dolores is currently looking around for a role to fill in a movie. She hopes to take a part in a movie by the end of this year.

Limited Edition “You and Me”

MTV Germany is having a special contest for the upcoming release of “You and Me”. Visit their page, and enter their contest to win an MTV Limited Edition Enhanced “You and Me” single, which will include two video tracks. Other prizes include Cran T-shirts and 10 copies of BTH to be given away. “You and Me” will be released in early March.

This info is from a rough translation, so hopefully, we’ll have more info later.

Also on the same page are some downloadable Real Video clips of the show from Paris in December. Check it all out here. (LINK NO LONGER AVAILABLE)

This news comes as a surprise to me.. appearently, Mexicans woke up this morning with an unexpected piece on news on the TV. This morning, Dolores confirmed in an interview via telephone that that band has booked a gig for Mexico this year. Here are the specifics:

This is the third announced tour date for this year, and the first show in Mexico since 1993. If you speak Spanish, there is a nice article here (LINK NO LONGER AVAILABLE)

Source: Exclusive, thanks to Carlos Saide

I stumbled across this this morning thanks to my brother (a big punk fan)… Appearently, there is a song on the MXPX album, “Teenage Politics” that bears some uncanny references to the Cranberries. The song is called “Delores”. Check out the album cover and lyrics… 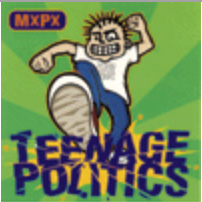 “Hates the IRA”? “She’d write the most beautiful of songs”? Coincidence? Make your own decision…