The first images of the upcoming DVD and VHS release have been released. Check out these exclusive high-res scans, with some gorgeous Storm Thorgerson art: 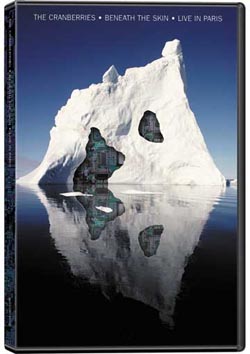 Included with these shots are some new info. Unfortunately, the release has been pushed back a week, making the new release date Janurary 2nd, 2001. However, to compensate, there have been even more extras added to the DVD! Including the previously announced stuff (see below), the omake section will include:

-“Technician’s Documentary”, showing all the steps that went into creating the DVD
-“How”, peformed live, 1993

In addition, the “Screensaver” extra announced previously has now been renamed as a “Looping art gallery”. This clarifies it a bit, as it will probably be album art as well as a variety of Thorgerson art from the BTH singles. This should assure people that this is not the “Salvation” screensaver found on the US “When You’re Gone/Free to Decide” single.

Once again I remind webmasters that if they borrow these images, please credit Zombieguide.com — I no longer tag pictures or use scripts, but they can be reinforced if needed. Please, don’t ruin it for everyone.

Coming Soon: Pre-orders for the VHS and DVD at 30% off