You are here: Cran World » The Cranberries » “Whisper to a Scream” impressions, high-res scans

At long last, we at Zombieguide find a copy of “Whisper to a Scream” (in a brick-and-mortar Borders no less) so here’s all the juicy goodness for you Cranfrans that may or may not have been able to purchase it.

The interactive menus, to begin with, are expertly designs, with fast-pased stills of nearly every musician in the documentary. Animated photos of Dolores can be seen to the left of the options, shots of her smiling, staring to the right with intent, and eyes fixed on the ground.

As previously reported, the actual Cranberries portion of the 2 and a half hour documentary is fairly short, but there’s a lovely amount of content in that little span. Again, as reported earlier, the portion features the extremely rare first video for “Dreams”. Although reported as “low budget”, which it obviously was, it’s still fascinating.

And that may be due to the quality of DVD. I’m still astounded by the quality of DVD video, even though I’ve owned a player for months. “From a Whisper to a Scream” emphasizes the smoothness of quality a hundredfold. Not only is the interview with Dolores (and all the other artists) recorded at an astounding smooth framerate, but the “Dreams” video looks amazing at the same level.

So sure, it was cheezy, but Dolores looks incredibly lifelike in her long brown hair, adorable freckles, and her (then) slightly crooked teeth. 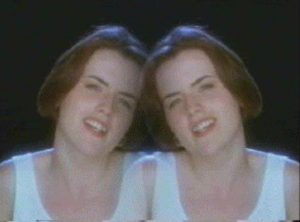 Dolores, too, looked likewise great for her interview. Her long blonde locks pulled back behind her head quickly dated the interview as early ’99. She sat alone in a dark green room in a tall, director’s chair, while an illuminated white guitar faced her at the opposite side of the room. Not only does she discuss the plight of the Cranberries, but she also narrates her feelings on other Irish music. For example, in the second episode, she laments at the death of Phil Lynott, former singer for Thin Lizzy. The later comments that she honestly considers Thin Lizzy her favorite Irish music band ever formed.

Dolores also appears in the “bonus interview footage”, nearly as much so as she does in the film. She appears in both omake features, which are “Traditional Irish Music” and “Earliest Musical Influences”.

Below are scans of the full cover and backcover, disc, ’90s description from the chapter list, and a photo of Dolores from the back of the chapter list.
Webmasters: Please remember that these are exclusive scans, so kindly credit Zombieguide! 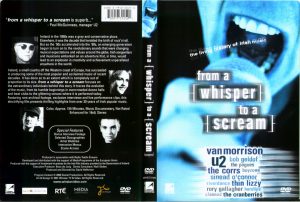 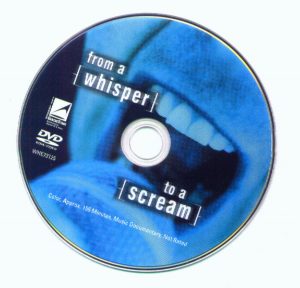 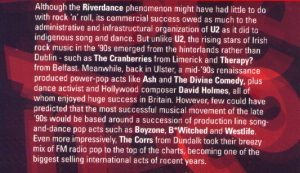 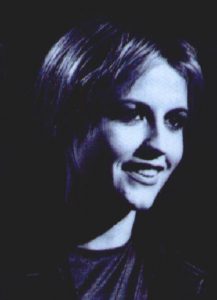