On the current “Cranfan Exclusive” part of the official page, a high- resolution scan of the promo for “Analyse” has been posted. The page also notes that the photo was taken on May 30th, but more importantly, has confirmed what has been suspected for several months: Storm Thorgerson will be returning for the art for the fifth album. In this photo, Thorgerson was responsible for the prominent polka-dot motif.

For those with a short memory, Thorgerson for the artwork on “Bury the Hatchet”, all related singles, and “Beneath the Skin”. 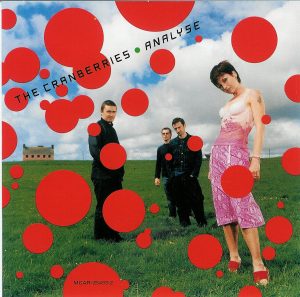