You are here: Cran World » The Cranberries » Spanish Limited Edition “Wake Up” announced

October 14, 2001  |  Comments Off on Spanish Limited Edition “Wake Up” announced  |  by Zombieguide Archives  |  The Cranberries

Retailers in Spain are advertising a special limited edition version of “Wake Up and Smell the Coffee”, due in stores tomorrow (in Europe, although some stores have begun selling the CD already). The presumably Spanish-only version will include a second CD which will have two live tracks.
A magazine ad for the Spanish limited edition is seen below.
We should have scans and tracklisting for the bonus CD soon. 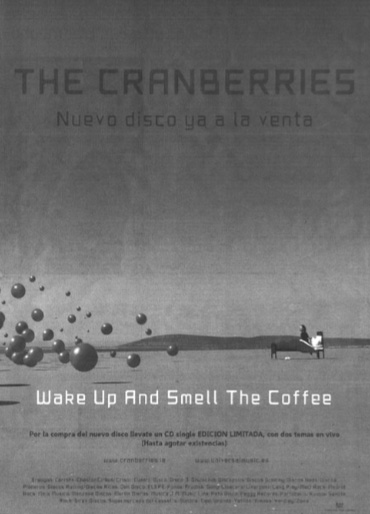