Cities 97, a Minneapolis-based radio station, has compiled a new CD of their recent live Studio C performances into a new benefit CD, “Cities 97 Sampler Vol. 13”. The Cranberries performed “Analyse” in Studio C during their American promo tour in August. The “Analyse” performance is track 13 among other artists such as Dido, Coldplay, Semisonic, and The Wallflowers.

The CD will be sold exclusively in Target stores in and around the Minneapolis area beginning November 6th. Proceeds from the sale of the CD will benefit local and national charities, including Camp Heartland, Community-University Health Care Center/Variety Children’s Clinic, Make- A-Wish Foundation, Wildlife Rehabilitation Center, and the American Red Cross. The station is also scheduling giveaways for the CD, as well as tickets to the Sampler Release Party (which does not have an announced date).

Thanks to Josh Kittell for the news tip. 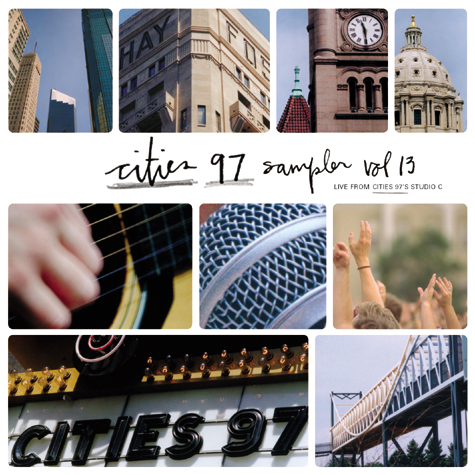