On Saturday, a new interview with Dolores was aired on MTV Germany’s “Fashion Zone”. Dolores got to show off her threads — everything she wore for the show was designed by Dolce & Gabbana (*gasp* no Calvin Klein?).

“Rock ‘n’ roll will never die!” she says as she romps around in a cafe in Dublin during the interview. She also admits that she’s dropped a load of cash for clothing during the last promo tour. Her most expensive item was 10,000 pounds (approx. $14,500) for a coat she simply couldn’t do without. For those interested, her shoe size is (in European dimensions) a 38, which is around a 7 or 7 1/2 in the US.

Thanks to Norbert of Zombieguide Germany for the shots. 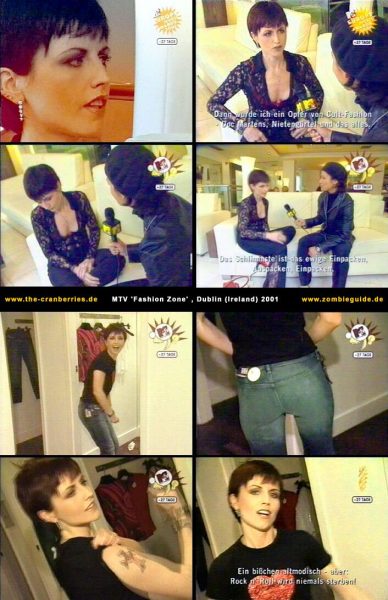