November 10, 2001  |  Comments Off on More Spanish print interviews  |  by Zombieguide Archives  |  The Cranberries

“One day you’re a bitch, another day you’re a goddess,” said Dolores O’Riordan about the press to MTV Rockumentary in 1996. Apparently, not much has changed — except that now she’s both on the same day. Case in point? The new issue of the Spanish edition “Rolling Stone”.

On one page in the magazine, we have a “Hot Interview” with Dolores, obviously complimentary. See below. 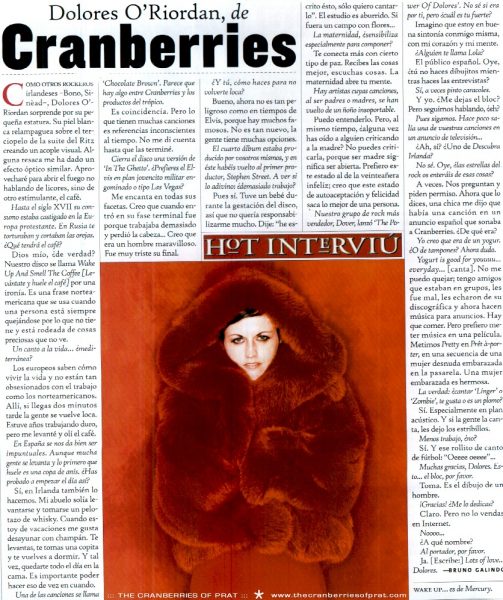 In another section of the magazine, we have a section called “Ojo de Pez”. The article claims that The Cranberries made a pact with Island founder, and “anti-Christ of the industry”, Christ Blackwell, and as a result, Dolores’s two children are “two demons”. And what’s sure to make fans angrier, the paragraph claims that the rumors of Dolores’s anorexia were actually true. This is either a blantent sign of lack of research, or just an intentional attack on the band.

Once you’re finally over all of that, check out another article in the free magazine “MMM”, titled “Analysis from the Heart”. 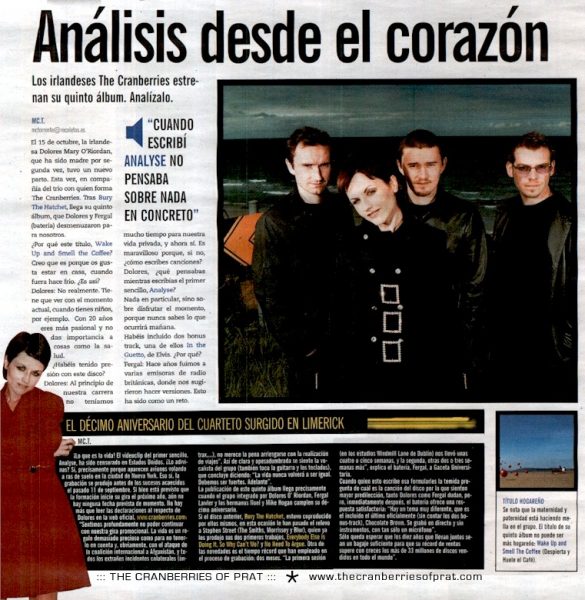