It’s been over two months since we heard of The Cranberries Windows XP ad campaign, but we now have our first piece of it. At a very recent Microsoft convention in France, 1-track sampler audio CD’s have been distributed for free with the song “Wake Up and Smell the Coffee”. The CD is by Universal Music E-Compil and is sponsored by both Microsoft and Compaq.

Judging that the original news was generated from Universal France and that the promo CDs are French, the campaign apparently is for France only. As for the US? Well, we get to listen to Madonna’s “Ray of Light” over. And over. Again. 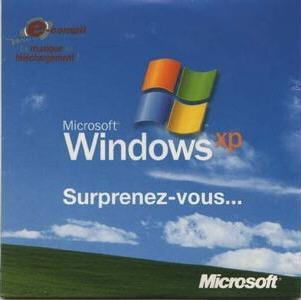 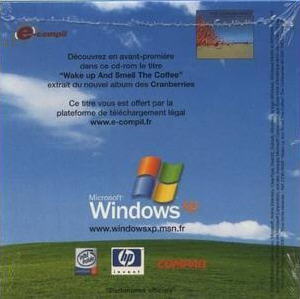