“TV Sorrisi & Canzoni,” an Italian TV Guide-like magazine has a new article with a Cranberries picture in its March 2002 issue, written about tomorrow’s San Remo Festival 2002, where the band is scheduled to appear. Also below is a positive review of February 19th’s Copenhagen gig, taken from “Tutto.” Thanks to Mattia Sarzi Madidini for the clarification. 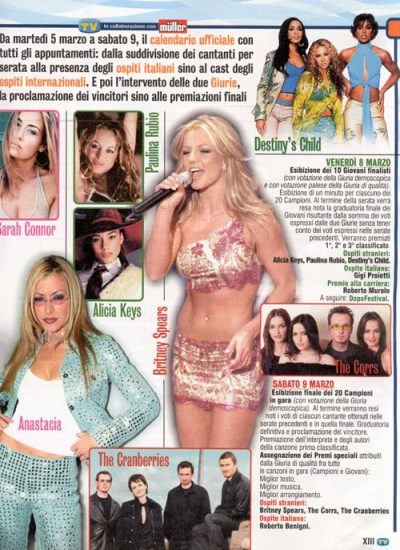 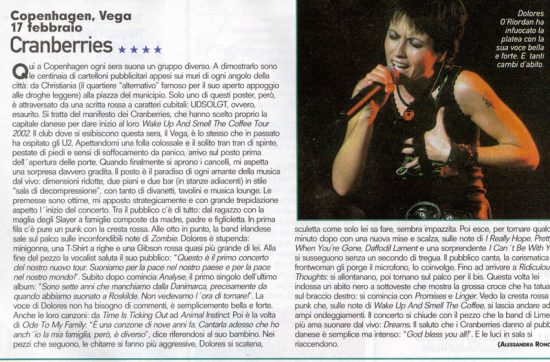 Also, we have new information on The Cranberries’ performance for tomorrow’s San Remo festival. The band is expected to perform one song and give an on-stage interview. The San Remo festival is now in its 52nd year, a combination of an amateur music talent show (where performances are rated), awards show, and of course big-name acts. The question is this: will The Cranberries choose “Time is Ticking Out” or the next single, “This is the Day” to perform?

Saturday’s installment of the awards is scheduled to to broadcast on RAI at 2:40 PM and continue throughout the afternoon. If you miss it, don’t fret — the ceremony will be broadcasted back-to-back repeatedly throughout the day.