The wrath of “Treasure Box” has been unleashed upon Europe and we have some of the first images taken from inside the somewhat mysterious box.

As promised, all of the liner notes and CD cases feature new art in some form or another, and in some cases, completely new images. One of the most intriguing images is one titled the “Bruce Fairbairn Songchart,” a visual record kept by the late producer of “To the Faithful Departed.” The chart confirms the long-held suspicions that “False” was originally recorded for “To the Faithful Departed,” but later scrapped. Empty blanks on the chart, a puzzling graph of rainbows, skulls, check marks, and other symbols, seems to show that the recording was either never finished or that the results were unsatisfactory. There are also old rumors that a studio version of “Yesterday’s Gone” was created in the studio during the album’s recording, but this chart shows no evidence of the title.

The full listing for the chart is:

All of the books feature the full lyrics in plain type — no more deciphering Dolores’s handwriting on the “No Need to Argue” notes. Each new booklet also contains notes from the Art Director, Cally, ranging on subjects from the Uncertain EP, the famous “couch,” and the abstract “To the Faithful Departed” photo session.

Huge thanks to Daniel Steward for the images and info. 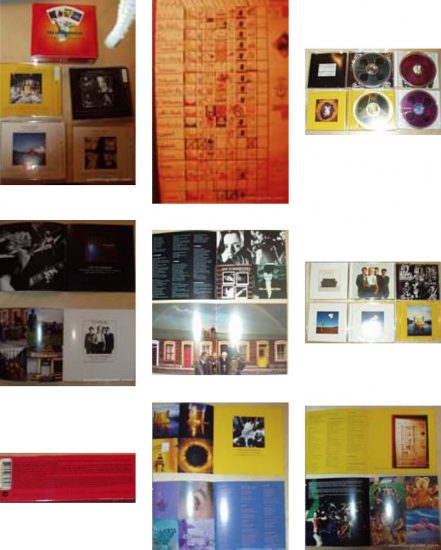