Zombieguide was on hand last night at The Cranberries’ performance at Wolf Trap in Vienna, Virginia, and needless to say, we have much to share. Wolf Trap, the only National Park in the United States dedicated to the performing arts, was a packed house — lawn seating was completely sold out, while pavillion seating was at near-capacity with the exception of the distant balconies.

While the opening band, the Kickovers (“from Boston, Mass,” as they frequently reminded us) were finishing their set, we stood in the designated area with the small group of lucky Meet and Greet’ers (six total). Sett, the band’s tour manager came out to meet us and led us through heavy security to a nice open social area backstage. We sat and waited for nearly fifteen or twenty minutes as crew members and miscellaneous staff hustled about. After some idle Cran-chat with Shannon (webmaster of the most excellent Cranberries E-Mail Newsletter) and Yusef (a fellow Zombieguide Discussion Boards member), Dolores & Co. walked through the double doors behind us.

As could be expected, we all jumped up, said our “hellos”.
Thankfully, everyone in the group was very familiar with Zombieguide and we received some humbly-accepted compliments. “Nice to see you again!” Fergal greeted me, while my friend Chris later told him, “Sorry we don’t have any dirty napkins for you to sign this time.”

And finally I was able to meet the incredible Dolores O’Riordan in person. Life goals? Check! What is there to say? She’s ten times as beautiful in person as in any picture, and needless to say, I was a bit awestruck.

After what seemed like only about four or five minutes maximum, the band stood against the wall for a last-minute group shot. After that, they were off, out the door. We gathered our things and exited the Stage Door to hear the first beats of “Wake Up And Smell The Coffee” — the band was already on stage. We rushed back to our seats.

Expect much more from the Vienna gig later tonight and in the coming days! 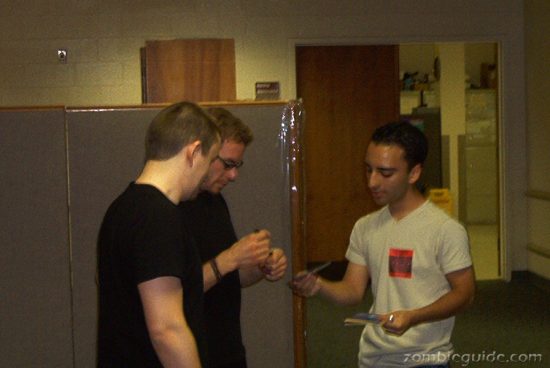 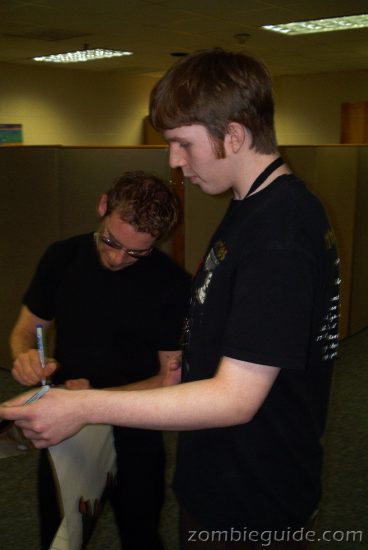 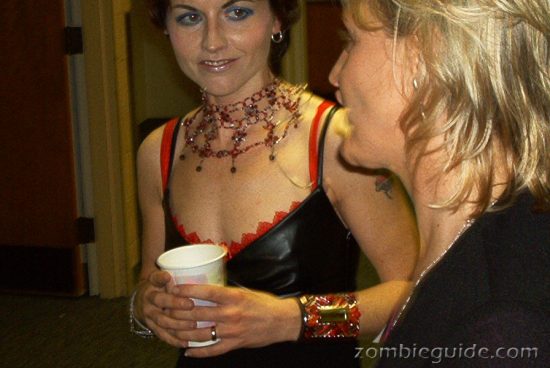 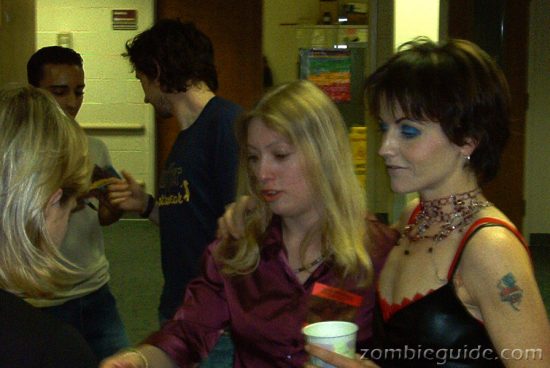 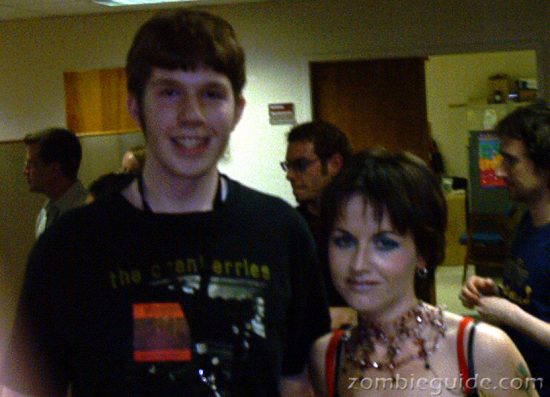 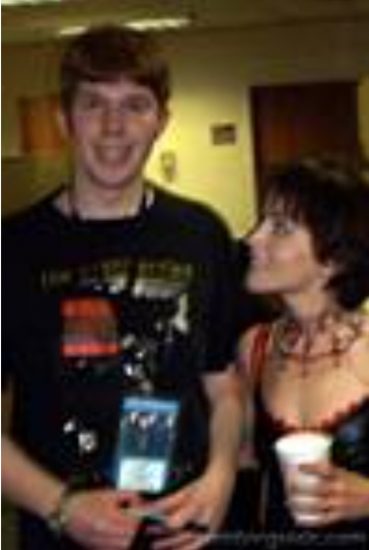 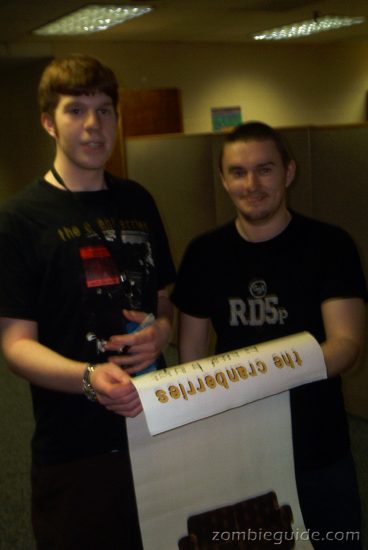 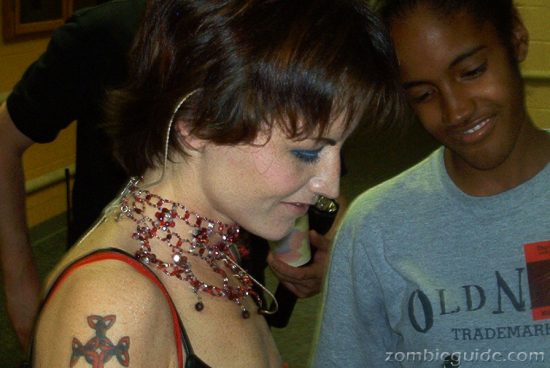 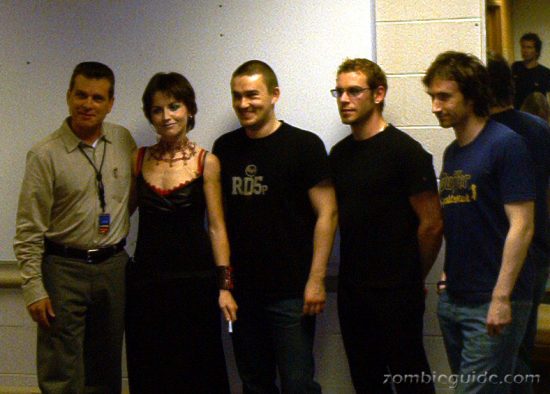 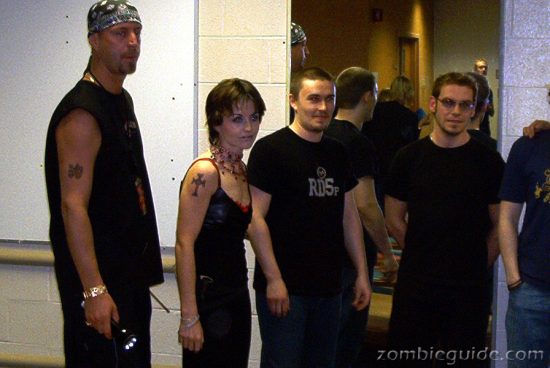 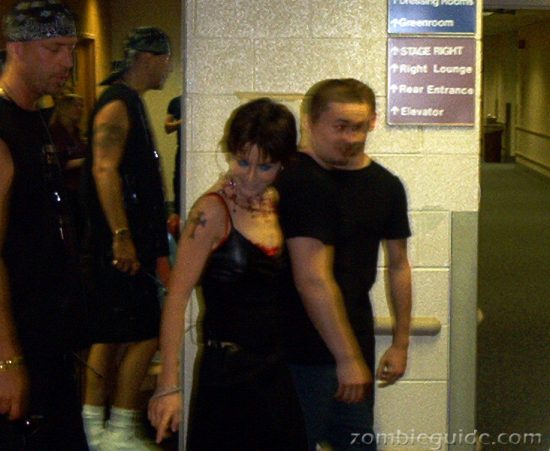 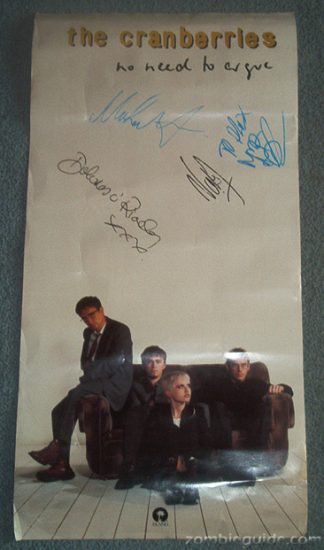 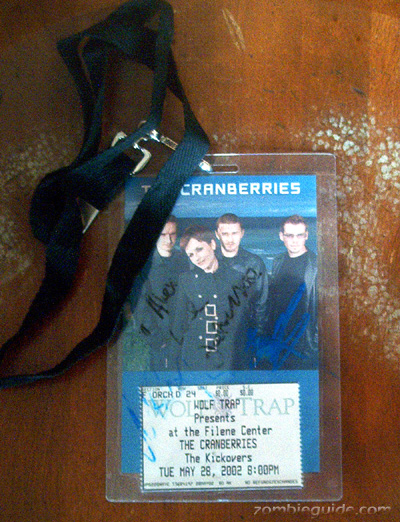