Mediocre gear and squalid touring conditions heightened the problems and shows suffered as a result. When the band arrived in London to play their first gig after signing to Island, at The Camden Underworld, the media were not impressed. The show was crammed with industry insiders, and you could count the number of ‘normal’ punters on one hand, a sign that the band were indeed very big news in a very small world

wrote Mick Carran about the band’s performance in London on November 14, 1991.

[We were] four timid little teenagers, front person standing sideways like a statue, afraid to budge in case she tripped in fell. We weren’t performers at that stage, but it was the potential they saw

Luckily for us, one of the “industry insiders” in London snuck a videocamera into The Camden Underground in late 1991 to capture the young band on film. As a result, the very first known Cranberries live recording was born. The video is a rarity, even among collectors — where one devoted fan reportedly paid well over $100 US to obtain an early-generation version of the video.

Apart from a scarce collection of the band’s early songs — including all four tracks of the “Uncertain” EP performed live — the bootleg contains another very desirable feature. The band performs an unknown song halfway through the gig. Dolores does introduce the song, but the audio quality is so poor that her words are not audible. It has been suggested that this is Niall Quinn’s “My Granny Drowned in a Fountain on Lourdes,” but given the quirky early The Cranberry Saw Us’ style, this is almost certainly false. The track has not appeared on any other Cranberries recording known to surface.

The Untitled track is considered one of the rarest Cranberries tracks known to exist, and Zombieguide is proud to present it in its entirety for download! (Link no longer available)

(Please note that these are encoded at a low bitrate due to the low quality of the original source. The quality lost is negligable.)

Is this your first time hearing this untitled Cranberries song?
Post your thoughts about it on the Zombieguide Discussion Forums!
And now, below, view some exclusive images taken from the video of the early concert.

Webmasters: You may post these files on your site, but you must include a link to Zombieguide.com on the same page. The files must be unmodified and be hosted on your own server. Or, alternately, you may link directly to this page but not to the files themselves. Thanks for your cooperation! 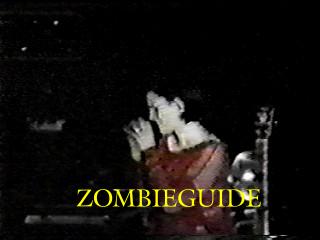 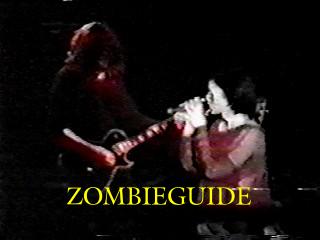