You are here: Cran World » The Cranberries » Crans to appear on “International Sanremo” comp

June 9, 2002  |  Comments Off on Crans to appear on “International Sanremo” comp  |  by Zombieguide Archives  |  The Cranberries

The Cranberries’ live performance of “Analyse” will be featured on the Italian release of “International Sanremo 2002” this week. The band performed the song at the annual concert back in March, which was broadcasted live nationally in Italy. The disc will be released on June 11th in Italy. Those willing enough to seek it out are recommended to import!

If anyone can get some better scans of this release, be sure to send them our way.

1. Lacrime Dalla Luna by Gianluca Grignani
2. In Your Eyes by Kylie Minogue
3. Ricomincerei by Gianni Fiorellino
4. Overprotected by Britney Spears
5. Casamia by Timoria
6. Vive el Verano by Paulina Rubio
7. Doppiamente Fragili by Anna Tatangelo
8. Only a Woman Like You by Michael Bolton
9. Il Passo Silenzioso Della Neve by Valentina Giovagnini
10. Analyse by The Cranberries
11. Tracce Di Te by Francesco Renga
12. Out of Reach by Gabrielle
13. Somethin’ Stupid by Nicole Kidman
14. Get Up! by Beverley Knight
15. Family Affair by Mary J. Blige
16. Calling by Geri Halliwell
17. Brown Skin by India Arie 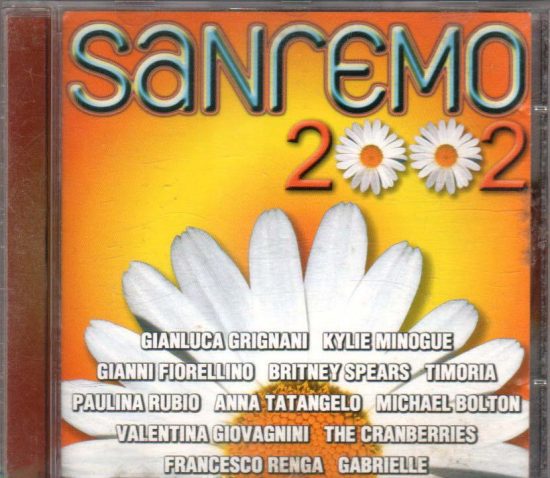