You are here: Cran World » The Cranberries » Exclusive: “Anything” demo downloads

The year was 1989 and in the town of Limerick, Ireland, a novice group collectively known as “The Cranberry Saw Us,” were putting together some tracks to put down as a demo tape. The four — Niall Quinn, singer; Noel Hogan, guitarist; Mike Hogan, bassist; and Fergal Lawler, drums — were only teenagers with an average age of 16.

As the end of the year approached, however, Niall was becoming concerned about the time he invested in the band. In his mind, he was firstly and primarily a drummer for The Hitchers. He wanted to be sure that his reputation would remain that way and he wouldn’t become instead “the singer for The Cranberry Saw Us.” Mike, Noel, and Fergal were also anxious to record a demo of their new mass of songs. Niall remembers: “The lads were gung ho to book a day in Xeric Studios and record a few songs. I was a bit hesitant if only for the simple reason that I couldn’t afford it. The plan was for each of us to chip in fifty quid which would be enough to get us a day. Truthfully they may as well have been asking me to chip in fifty million. I didn’t have it and had little way of raising it. In the end I managed to scrape £25 together and that was through calling in a lot of favors.”

The band booked January 7th, 1990 at Xeric Studios and recorded their first and only demo, titled “Anything,” the title being an alluding tribute to the English guitar band Ride. The art to the demo was hand-done by Noel, who ironically misspelled “Cranberry” (as “Cranbery”).

To read more about the early ‘Sauce, visit Zombieguide’s Ultimate Bio or check out our Interview with Niall Quinn, taken this past January.

We want to take this time to thank Mr. Quinn for sending us these files to share with you! So without further delay, click below (Link no longer available) to download the full version of The Cranberry Saw Us’ first demo, “Anything” with vocals by Niall Quinn.

Additionally, we have lyrics transcribed for all of the songs, so click below(Link no longer available):

“Throw Me Down a Big Stairs” lyrics (coming soon)
“How’s It Going to Bleed?” lyrics
“Storm in a Teacup” lyrics
“Good Morning God” lyrics
(Note that the lyrics aren’t exactly right at the moment, so they will be updated as needed. If you have corrections/suggestions, email them to alex@zombieguide.com)

Webmasters: You may post these files on your site, but you must include a link to Zombieguide.com on the same page. The files must be hosted on your own server. Or, alternately, you may link directly to this page but not to the files themselves. Thanks for your cooperation! 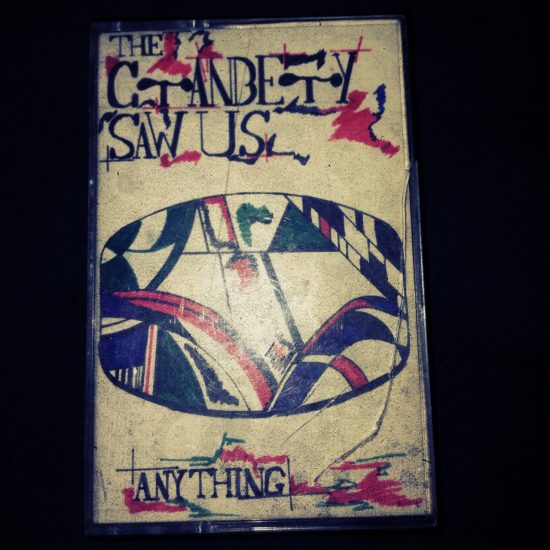