The Cranberries to play in Majorca

Several major Spanish newspapers reported this morning that The Cranberries have scheduled to play at the island of Majorca, Spain this September.

It is reported that the Council of Majorca are in the final stages of securing an agreement with the band for them to play as part of the Diada de Mallorca celebration. The date will be somewhere between September 11th and the 14th, although it has yet to be finalized, as it cannot conflict with the band’s touring schedule in Asia. If confirmed, it will be the seventh tour date that The Cranberries have played in Spain this year!

Check out some front-page articles from the Majorcan press below or click here to read an online article from El Mundo, which mirrors the printed article. (Link no longer available) 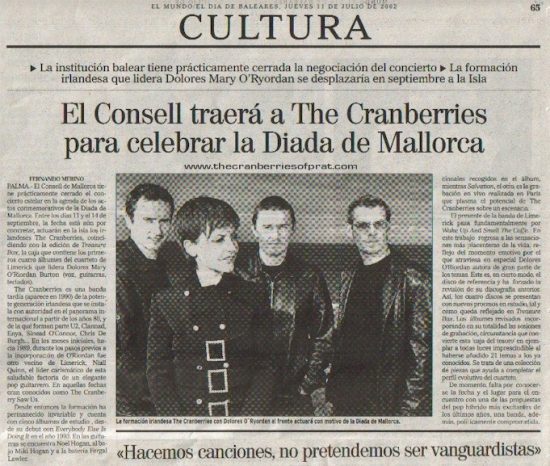