You are here: Cran World » The Cranberries » “The Music Room” interview highlights, media

August 3, 2002  |  Comments Off on “The Music Room” interview highlights, media  |  by Zombieguide Archives  |  The Cranberries 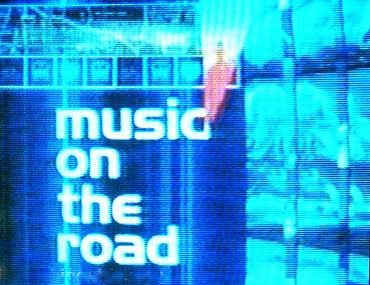 “We’re old rockers, old, old rockers!” Dolores admits with a grin. “It’s like going around a second time, you know? When you get to that point where you have a ‘greatest hits,’ I think you realize that you are a little bit older, you aren’t the new kids on the block anymore. I think we’re gonna call it the ‘Stars,’ because it’s a joyful moment and it’s a good thing because stars are so amazing and up there…” 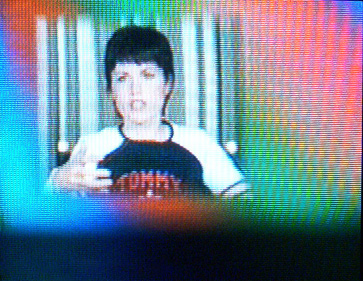 “I wear these going on all the time because for a second, the audience thinks you’ve lost the plot and gone really bonkers,” she says as she holds up her now-famous white mask. “I wear it for one or two songs, but then I take it off. Oooh, I’m only playing!”

Upon inspecting Dolores’ make-up case, she gives CNN an extremely rare look at a photo of her two children, Taylor and Molly. “Thats a rather old picture of my two little babies, actually. That’s a picture of my little girl [Molly] right after she was born.”

The camera follows Dolores as she walks into another room, vacated by Mike, Noel, and Fergal. Dolores points to Fergal, who’s playing a kart racer on PlayStation 2 against backup guitarist Steve DiMarchi. “This is a wardrobe case I had made up for my children and my boys stole it! That’s basically what the boys do, they play these games all the time before they go on stage.”

“Over here is my.. POTTY!!” she yells triumphantly as she throws open some dense curtains and drops her foot on a polka-dotted fur-covered toilet with a thud. “See, that’s a rock star’s potty! I have this recurring nightmare about this thing [pointing to the curtains] falling down and leaving me there in front out thousands of people staring!”

The segment also aired some nice soundcheck clips prior to the Atlanta show, which we’ve encoded here for your download: 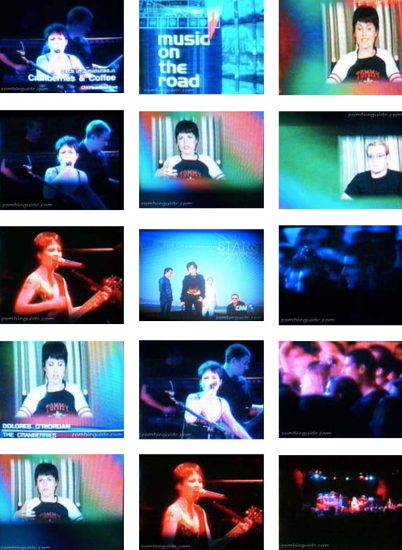