You are here: Cran World » The Cranberries » Interview in “Tribe Generation”

August 4, 2002  |  Comments Off on Interview in “Tribe Generation”  |  by Zombieguide Archives  |  The Cranberries

The August issue of the Italian “Tribe Generation” carries a new 4-page interview with The Cranberries’ own Dolores O’Riordan. Dolores gave the interview via telephone while in Mexico City late in June. There’s no new eye candy to be had, however, as the photos are a mix of those from Dolores’ Hot Press cover feature (in 2000) and a full-page “Wake Up” promo photo that we’ve seen plenty of times before (not pictured).

Dolores chit-chats mostly about the upcoming ‘greatest hits,’ but also mentions Irish director Jim Sheridan again, who wanted to cast Dolores as a “femme fatale” character in a film. It sounds like Dolores hasn’t lost the urge to do an acting role or two! Unfortunately, the entire interview is in Italian, which means that even the best web translator can’t save us in our dire need now. If someone would like to type up an English translation, send it over and we’d be more than happy to post it.

Thanks to Lorenzo for the scans. 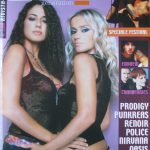 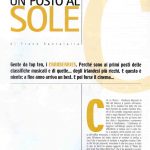 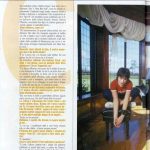 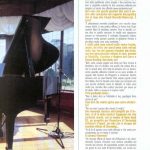