You are here: Cran World » The Cranberries » “Wake Up” Asian Tour Edition released

August 5, 2002  |  Comments Off on “Wake Up” Asian Tour Edition released  |  by Zombieguide Archives  |  The Cranberries

First there was the Japanese version with three bonus tracks. Then some Canadians got the “Preserved” sampler CD with their album purchase. After that came the Spanish bonus live CD. Once we over our jealousy for that, the deluxe Taiwanese boxed “coaster” set decided to show up. Much later, Universal put out the near yawn-inducing Chinese special edition. But now Taiwan has taken back the green cake of envy with a brand new version of “Wake Up And Smell The Coffee.”

EMI Taiwan, a division of Universal Music, has released quite possibly the most deluxe version of “Wake Up And Smell The Coffee” yet, in support of the band’s tour of Asia this month. The 2CD set, in jewel cases housed inside a custom slipcase, includes the international version of the album and a bonus AVCD that carries a whopping six bonus tracks and three music videos. The AVCD, a common format in piracy-heavy eastern Asia, is region-free and playable on many models of DVD players (though be cautioned as with VCDs, it will not play on a PlayStation 2). The audio is playable on most standard CD players.

Here’s the full tracklist for the set:

Taking a look at the tracklist, we can see that the bonus CD contains all of the bonus goodies found on the “Analyse” and “TITO” singles and then some. This marks the first official “hard” release of “Many Days” — the song was previously only available as a free download on the official page. In fact, the only notable absence is the impeccable B-side “Such a Waste” from the “TITD” single.

“Wake Up And Smell The Coffee” Asian Tour Edition is available from popular importer SOLcd.com for the paltry price of $18.99 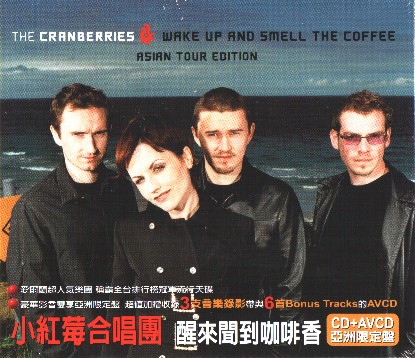 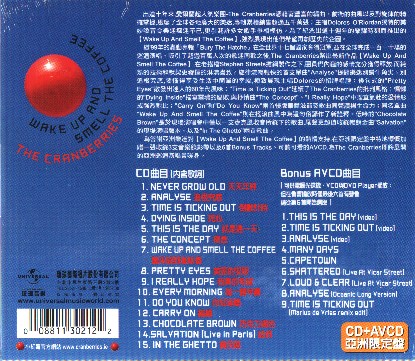 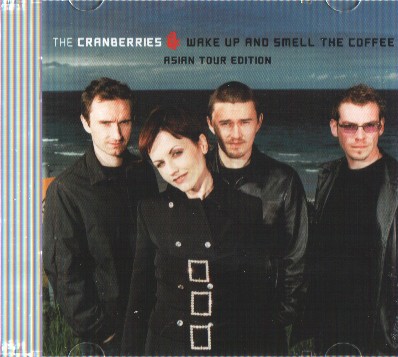 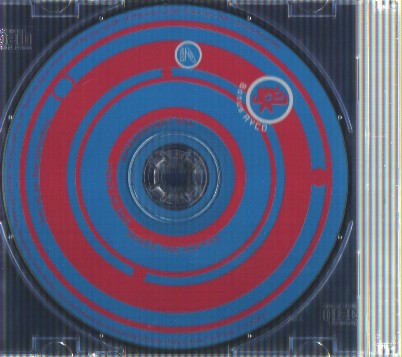