You are here: Cran World » The Cranberries » Press conference in Hong Kong

This past Thursday, August 15th, The Cranberries attended a brief press conference in Hong Kong to help kick off promotion for the upcoming “greatest hits” disc entitled “Stars.” Each band member received a plaque to commemorate all of their albums to date, while the stage was set in the theme for the artwork for “Stars.”

Dolores told the Hong Kong concert audience on the night of the 15th that the band will return to Asia in 2003, most likely in a tour to support “Stars.”

Some photos from the event were published in the HK magazine “Sing Pao Daily.”
Special thanks to Cherrie Candies for scanning the images and sending them to us!

We’ll be catching up with more news from the past week, so stay glued to your monitor! 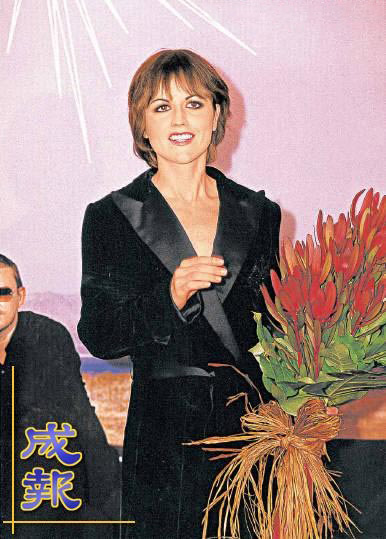 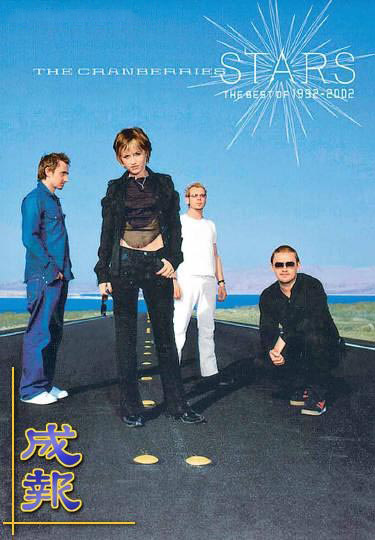 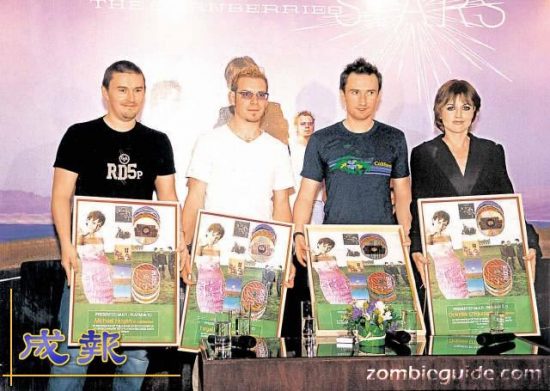