You are here: Cran World » The Cranberries » “Beneath the Skin: Version 2” Cover

“Beneath the Skin: Version 2” Cover

Sanctuary Records, publisher for the US September 24th release of “Beneath the Skin: Live in Paris: Version 2,” has finally added the release to their website. The listing is virtually devoid of any new info except for the cover.

As you’ll notice, the cover is nearly identical to the original release except for two minute changes. The first is that a “2” has been tacked on to the end of the already lengthy title. Secondly, the useless red dot that was found at the bottom-center of the first cover has performed the same disappearing act as Steve DiMarchi’s backup singing.

Thanks to Icicle Melts for the tip. We’ll have more on the newly re-issued “BTS” as soon as we can. 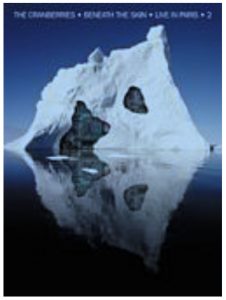