“Stars: The Best of The Cranberries 1992-2002” was released in the United States today and we’ve got the complete set of high-resolution scans from every facet of the new CD.

As if the two new songs weren’t enough to grab your money, we must say, after seeing the artwork in its complete form, we’re rather in awe. The collages that line the booklet are literally jam-packed with things to gawk at from the band’s private collection. Arguably the most interesting of these is the last two pages, which are filled with the members’ own personal photographs. The subjects range from Dolores with Taylor, Dolores in the kitchen, and even a rare second “first band photo,” which seems to have been taken at the same time as this one (long held as the first photo of the band as a unit).

One could spend literally hours looking over all the sublime details of the photographs-of-photographs, so if you haven’t gotten started yet, you can begin below. Expect to stay awhile! 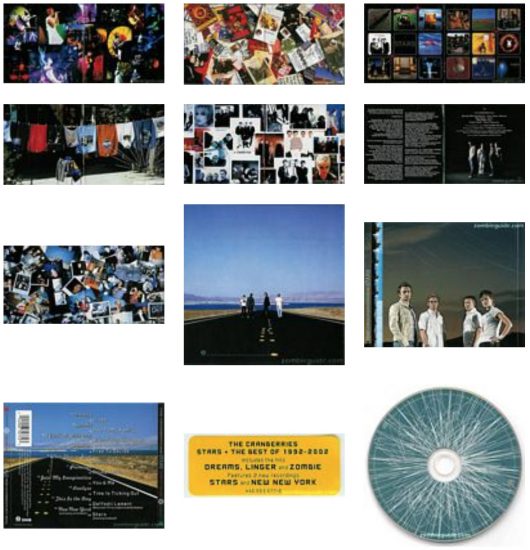