Universal Music France has issued some industry-only trade ads for the upcoming release of “Stars: The Best of Videos 1992-2002,” which will release there in France on November 12th (same day as the US release). The ad contains what is likely the final art for the release (same as the mock-up art, only with some text added). The sheet also lists some French magazines where the new DVD will be promoted, so French fans should take note of the titles and keep an eye open for ads very soon.

Many thanks to Uriel for the scan! 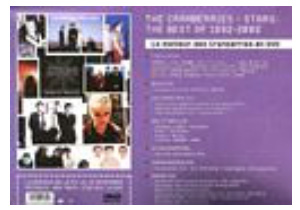