You are here: Cran World » The Cranberries » Online and Print Interviews Galore!

October 22, 2002  |  Comments Off on Online and Print Interviews Galore!  |  by Zombieguide Archives  |  The Cranberries

As a result of the band’s extensive promo work in Europe for the recent release of “Stars,” several interviews have sprung up all over the place. But as a result of them being in Europe, few of them are in English.

Below you can check out several new write-ups from the October issues of “Telepiù” (Italian, 3 pages), “40 Magazine” (Spanish, 1 page), and “Top Music” (Spanish, 2 pages).

In addition to the above print material, French channel MCM has posted some extensive streaming video interviews of the band, recorded on October 18th. On the down side, the video is dubbed over in French, but on the upside, the dub is not overbearing (you can still understand most of the dialogue), and the quality is fantastic on a fast connection.

Thanks once again to Lorenzo for the “Telepiù” scans. 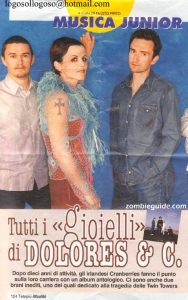 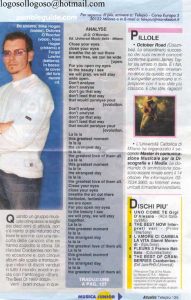 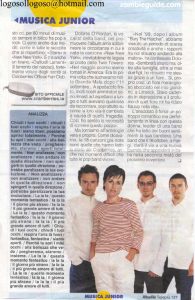 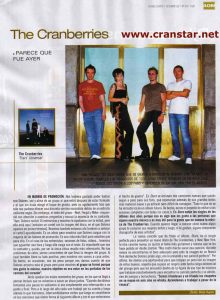 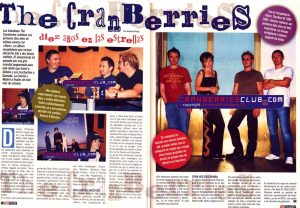