You are here: Cran World » The Cranberries » “Stars” Sells One Million Worldwide

October 23, 2002  |  Comments Off on “Stars” Sells One Million Worldwide  |  by Zombieguide Archives  |  The Cranberries

The Cranberries have now sold over one million copies of their greatest hits compilation “Stars: The Best of The Cranberries 1992-2002,” only a little over a month after its worldwide release in September.

The band members were awarded with plaques backstage at the Olympia in Paris last Wednesday to congratulate the disc’s success. Each member was awarded an individual small plaque while the group was collectively given an almost comically humongous wall plaque, which included all of the band’s albums to date. Dolores even popped open a bottle of vino to celebrate!

For reference, “Wake Up and Smell the Coffee,” which was released a year ago today in the United States, sold 1.4 million copies worldwide in the timespan between October and December of last year, almost double the amount of time. Those were the last official worldwide sales figures of “Wake Up” that we have received, and those numbers have likely risen since then, in no small part due to the Wake Up and Smell the Coffee World Tour 2002.

Its likely that the strong majority of “Stars” sales have come from Europe, since promotion elsewhere is virtually nonexistant. With all of this in consideration, the album seems to be doing rather well.

Check out photos from the private event backstage at the Olympia below. Huge thanks to Lou for the scoop and the photos. 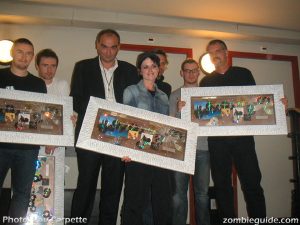 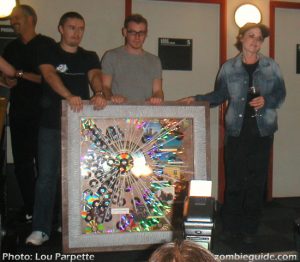 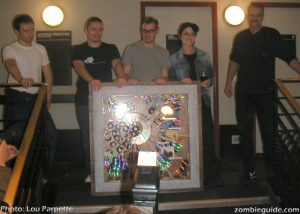