In the mid-1990’s, The Cranberries’ alternative yet subtle style in songs like “Linger” and “Dreams” grouped them in the same categories as artists like the Gin Blossoms. But at the same time, The Cranberries were also being played alongside artists like The Violent Femmes and Smashing Pumpkins. And now, if you’re not sure which is the more logical combination, you’ve got two various artist compilations to help you decide.

Radio Waves of the 90’s: Alternative Rock Hits a ten-track compilation CD from MCA Special Projects, was released last Fall. With “Linger” offered as The Cranberries’ contribution to the “alternative” sound of the nineties, Radio Waves… also includes tracks by milder rock bands such as Semisonic and Amitri. By contrast, JJJ Hottest 100 Vol.1 , a two-disc Australian import includes “Dreams” and “Linger” mixed with tunes from both harder rocking bands like Radiohead as well as pop artists like Ace of Base. 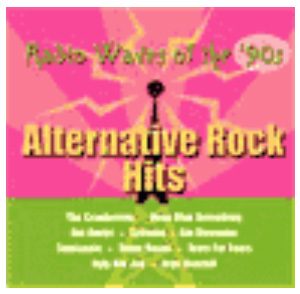