You are here: Cran World » The Cranberries » Dolores is Back – In a Terrific Piece of Art

Dolores is Back – In a Terrific Piece of Art

And then there was one. Despite the break-up of The Cranberries, many fans are celebrating the return of Dolores, who along with “the lads”, had been somewhat tucked away since the summer of 2003. One exceptionally talented fan, whose artwork has been frequently featured on Zombieguide, Maurizio di Bona, appropriately known as “The Hand.” Last year, The Cranberries commissioned The Hand to design cartoons for several pieces of official merchandise, which is available for purchase on the Official Site’s shopping section. This time, he has taken pen to paper to create a stunning piece of artwork showcasing the strength of Dolores’s personality as represented at Italy’s recent Sanremo Festival.

Encouraging fans to have “No Fear”, The Hand has detailed the excitement of Dolores’s future. Below, is The Hand’s most recent artistic tribute to Dolores O’Riordan. 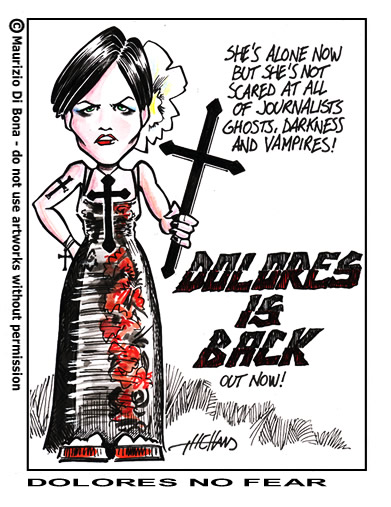 Source: Exclusive
Thanks to The Hand for the contribution.