You are here: Cran World » The Cranberries » Official Site Reveals a Smorgasbord of Information

June 7, 2003  |  Comments Off on Official Site Reveals a Smorgasbord of Information  |  by Zombieguide Archives  |  The Cranberries

The Cranberries Summer Tour in support of The Rolling Stones is, thus far, going “fantastically”! That’s what the band is saying about the shows performed so far in Belfast, London and in Munich. In a big news update posted today on The Cranberries Official Site, the band reveals that “Astral Projection” and “In It Together”, the two new songs being performed at shows throughout this tour, was co-written by Dolores and Noel. In briefly noting these two new songs, the Official site provides a link for downloading a low quality, massive file size, fan-made video of “Astral Projection” from the French site Pretty Eyes.

Paul Russell’s autobiography is expected to be available some time in 2004. And as Zombieguide delves further into the life of Paul Russell and his Cranberries connection, we’ll bring you more details. 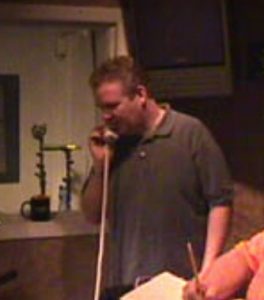 You can learn more about Zuccero’s blues-infused music by visiting his official web site at http://www.zucchero.it The site is available for viewing in both Italian and English languages.

In addition to the Official site’s ‘News’ update, the site has also posted new Fan Reviews of some of the shows performed this summer, while encouraging concert-goers to keep submitting input and opinions.