You are here: Cran World » The Cranberries » Video Clips of Cranberries’ Opening for The Stones

Video Clips of Cranberries’ Opening for The Stones

June 11, 2003  |  Comments Off on Video Clips of Cranberries’ Opening for The Stones  |  by Zombieguide Archives  |  The Cranberries

PPCW.net, a website that covers wireless mobile devices (particularly cell phone hybrids) has put the Microsoft Smartphone’s camera functions to the test. Microsoft’s Smartphone is one of several new cell phone hybrid devices which will allow you to take pictures or even record audio and video clips and send them to friends via MMS or e-mail.

So where did they take it? The Rolling Stones’ second concert in Munich, Germany on June 6th. Luckily for us, PPCW captured some footage of The Cranberries performing, and even more luckily for us, the footage quality is rather impressive — for a phone, at least. In addition to the video clips, it appears they also took a shot of The Cranberries’ performance with the still camera function.

The Cranberries, opening for the Stones on June 6th, taken with a Microsoft Smartphone 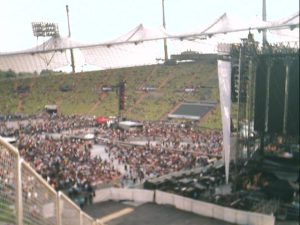 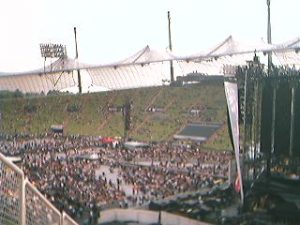 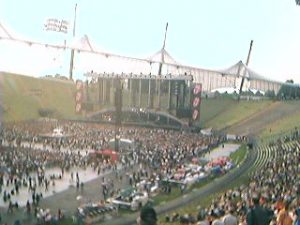 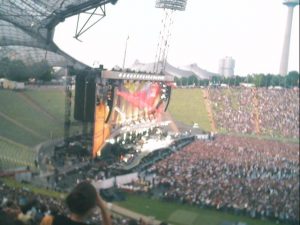 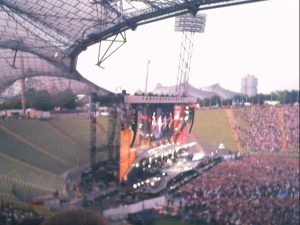 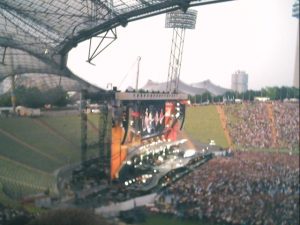 Now we’re no experts on cell phones, but we just gotta say damn! To have such decent quality out of something so small (and whose primary function isn’t even recording these things), it’s rather impressive. Pretty soon, we’ll be recording whole bootlegs with a cell phone… RIAA beware!