January 17, 2004  |  Comments Off on CeDe.ch Auctions 7 Cranberries Gold Awards for Charity  |  by Zombieguide Archives  |  The Cranberries

Cede.ch, Sweden’s largest online CD, DVD, and game vendor, is teaming up with Universal Music Sweden to auction a series of gold and platinum award plaques for charity.

CeDe manager Eric Bachmann told German newspaper Blick,”Right now we have a minimum bid for each item. For Sting’s double platinum that includes an original autograph, we’ve set it at 1200 CHF ($960 US)… [there are] seven gold disks from the Cranberries. In addition platinum and gold from Sheryl Crow… all between 100 CFH ($80) and 300 CHF ($230).” Other Universal artists in the auction include Zucchero, The Cure, Andrea Bocelli, Texas, Metallica, and Tears for Fears.

The seven gold awards from The Cranberries are all in recognition of sales of 20,000 in Sweden for “Wake Up and Smell the Coffee.” The seven plaques were presented to MCA, UMI International, Mike Hogan, Noel Hogan, Fergal Lawler, Jay Boberg (MCA President), and Lewis Kovac (former Cranberries manager). Currently, all seven stand at around 300 CHF, or about $230 US. The auctions end on January 22nd and you must be registered to bid. 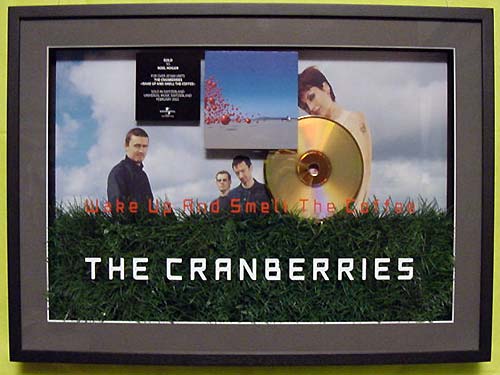 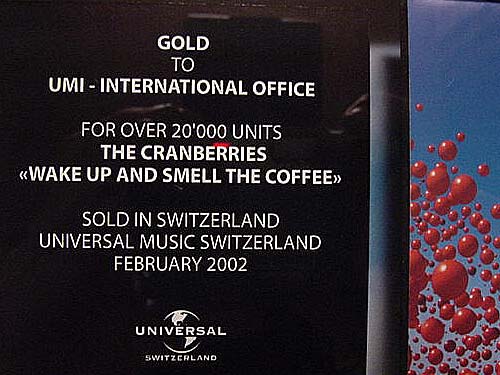 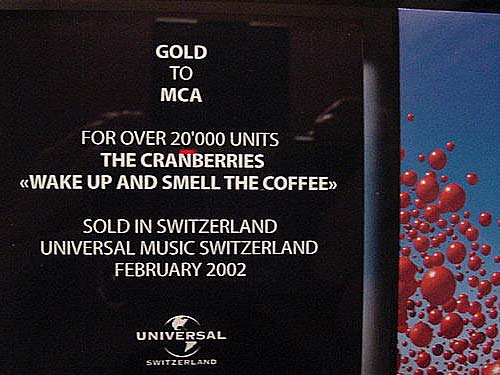 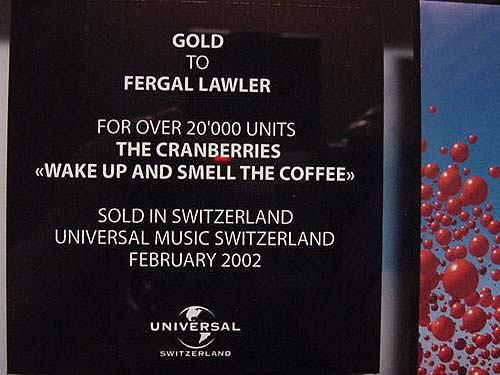 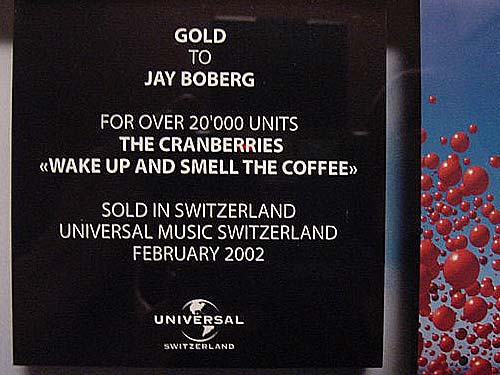 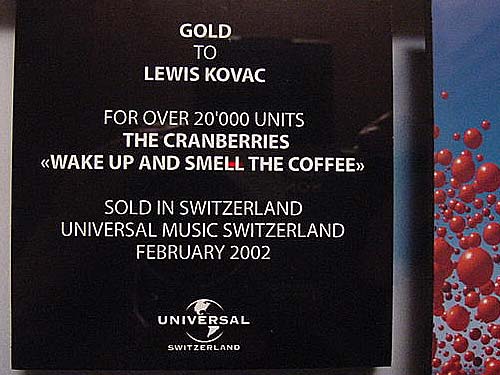 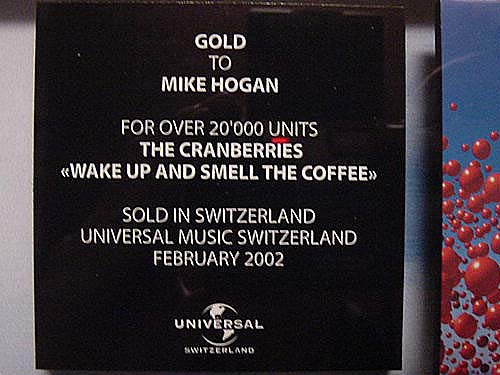 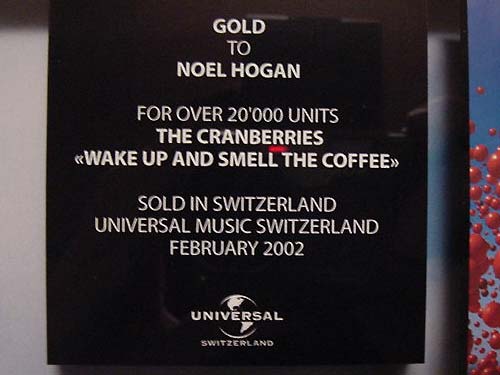