March 5, 2004  |  Comments Off on Dolores Confirms Cranberries Break Up  |  by Zombieguide Archives  |  The Cranberries

In a press conference in Sanremo, Italy, today at 17:30 local time, singer Dolores O’Riordan confirmed that The Cranberries have split for the foreseeable future.

When asked if The Cranberries will get back together, her frank response was, “I don’t think so, perhaps in ten years.”

She continued, “We have worked together for 13 years and now we have closed a circle. Maybe a new Cranberries album will never come out. Maybe we’ll return together in 10 years, who knows? Nothing lasts forever. The reason of this decision is that my main priority are my children. The band used to take away too much time from my life. The Cranberries were becoming only a routine. I need new things like a solo album. The album will come out in 2005 0r 2006.”

“It was all becoming a routine and I think a solo record is the only way for me to release something. At first, the boys were unhappy [with the decision]. Then I spoke to Noel Hogan and he told me that was happy, because now he has a way to discover new musical paths. We were always saying that if a day comes when it was no longer exciting or fun, we would stop. And so we have.”

“There will be plenty of variation from what I’ve done before. I am continuing my musical evolution, but not chaning my core spirit, and I’m still the same person, frankly. The songs that I am writing now are all born out of the piano, as it happened for the song ‘Pretty Eyes.’ It’ll be an album with a more modern and contemporary sound.”

“I had known Lady Diana, one of the most beautiful people I’ve ever met. While we were at dinner together, her humanity struck me, very rare for people of her kind. The song [Ave Maria] will be included on the soundtrack for Mel Gibson’s ‘The Passion of the Christ.’ Last week I tried to see it in Toronto. Even though there were five showings, I couldn’t. There were too many people. But I’ve read a lot about this movie. I know that it has raised many controversies, but it’s reasonable considering the topics that it touches. I allowed them to put it in the film, despite the controversey, because it respects the contents of the Bible from the point of view of a Catholic.”

Dolores also revealed what Mel Gibson himself thought of her song. According to the article on Rockol, Gibson said of the song, “It was as if Dolores herself knelt down and prayed.”

Zombieguide will have more news on Dolores’s appearance at Sanremo 2004 as Saturday approaches. Thanks to many, many people for help with this important news piece. 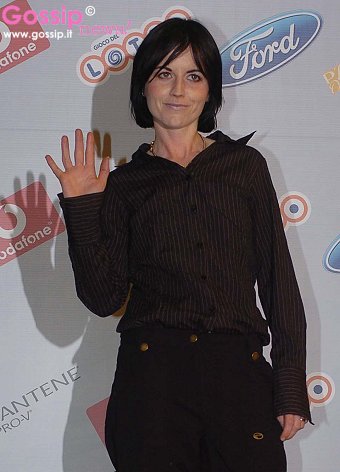