Dolores O’Riordan and husband Don Burton made the front cover of nearly every Irish tabloid today as the second day rolls on in a civil lawsuit brought by former childcare provider Joy Fahy, who was a childsitter for the couple’s son Taylor in June 1999. Fahy is alleging that the couple broke a verbal agreement made by Don Burton for a salary of £500 a week plus £40 for expenses. She is seeking compensation of £10,000, a Jeep that she claims was promised to her, and the return of her personal possessions.

The biggest testimony yesterday by the prosecution was that on a June 28, 1999, a drunken Don Burton took 18-month-old Taylor onto a jetski without a lifejacket. Fahy elsewhere claimed that she was more concerned when Taylor was in the care of his parents than in her own hands.

However, Dolores and Don’s defense, led by Mr Bill Shipsey SC, refuted this claim in today’s cross-examination by proving that Fahy was not in Canada on the day of the alleged jetski incident. Fahy responded by saying that it must have been the next day. The defense then pointed out that Don and Dolores were away for 10 hours that subsequent day, according to Fahy’s own diary. Despite being disproven twice, Fahy still claimed the incident happened. According to RTÉ’s legal a airs editor Mary Wilson, “The couple themselves and Dolores O’Riordan’s mother Eileen, who has always, Shipsey said, been the primary caregiver of the child will also give evidence that this incident, as recounted by Joy Fahy, simply never happened.”

A surprise piece of evidence today from the defense shows that Fahy illegitimately received approximately €3,000 in “dole” unemployment payments from Ireland’s Deptment of Social Welfare while she was working in London for actress Elle MacPherson. A shocked Fahy responded by saying, “Oh my God,” and that she had no idea that she was still receiving payments, since they were deposited directly to her bank account. She acknowledges that she is still “in the process of sorting out her a airs” and that she will have to return the illegitimate payments to the government.

Also today, Fahy broke down in court when testifying that she never got a chance to say goodbye to Taylor Burton, to whom she had grown quite attached. “It stays with her that she wasn’t able to turn around in Canada and say goodbye to the little guy,” commented Wilson.

Fahy told RTÉ News that she became a professional childsitter after an accident in 1994 which halted her career in physical fitness. After a subsequent depression, Fahy said the she had a chance to re-evaluate her life. It was at that time that she became a childcare provider. She has had numerous celebrity clients, including U2’s Larry Mullen, Jr.

Fahy had previously worked for the Burtons in 1997, but claims that it was an unpleasant experience. She returned to working for them in 1999 only after Don Burton promised her “the son, the moon, and the stars.”

The case will be continued on Tuesday.

RTÉ has produced several comprehensive reports yesterday and today which include video footage of both Fahy and the Burtons walking to and from the Four Courts in Dublin. Links are here and screencaptures are below: 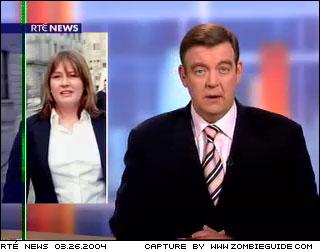 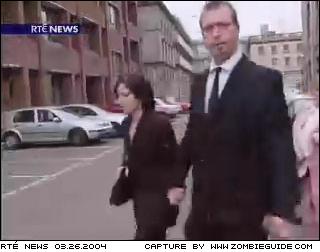 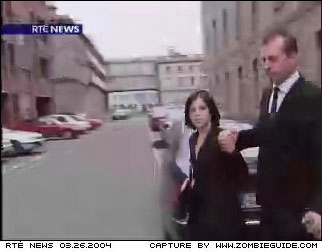 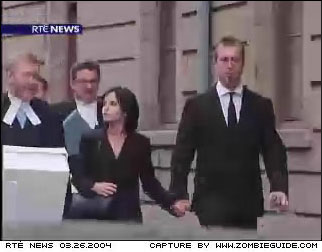 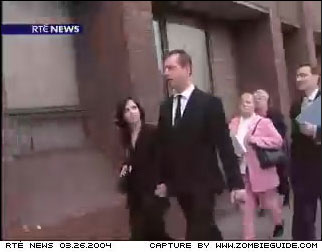 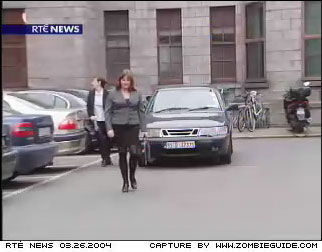 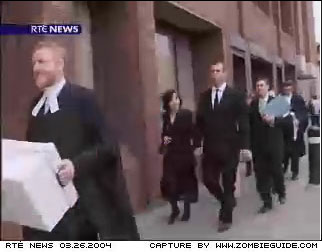 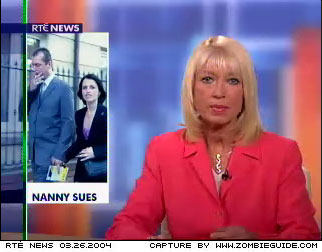 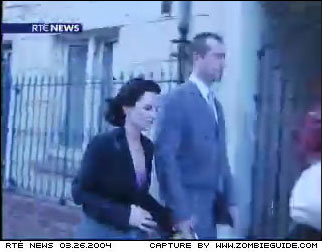 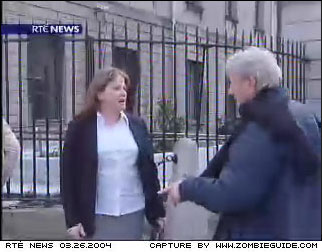 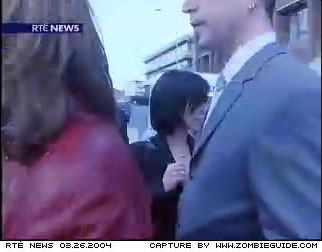