You are here: Cran World » The Cranberries » Major Storm Thorgerson Expo to Premiere in September

August 31, 2004  |  Comments Off on Major Storm Thorgerson Expo to Premiere in September  |  by Zombieguide Archives  |  The Cranberries

London’s John Martin Gallery and Media Contemporary Arts are jointly preparing for a major exhibition of Storm Thorgerson’s art to open next month. This will mark Thorgerson’s first public exhibition since he suffered a stroke last October.

Thorgerson’s surrealistic album covers are some of the most easily recognized in rock ‘n’ roll history. His credits include Pink Floyd’s “Dark Side of the Moon,” “Wish You Were Here,” “The Division Bell,” Led Zeppelin’s “Houses of the Holy,” and Audioslave’s self-titled CD. Of course, Cranberries fans will recognize him most for his work on the art for “Bury the Hatchet,” “Wake Up and Smell the Coffee,” “Beneath the Skin: Live in Paris,” and design elements of theCranberries Official Website. 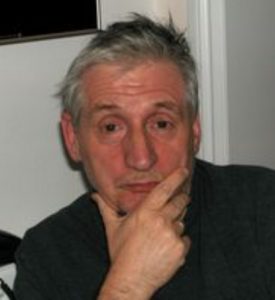 Robin Headlee, Director of Media Contemporary Arts, confirmed to Zombieguide that Thorgerson’s work for The Cranberries will be a definite inclusion at the exhibition. “We will definitely have Bury the Hatchet and we [will] do a special large edition of [Wake Up and] Smell the Coffee.”

Headlee told Zombieguide last Saturday, “We will definitely be doing a special exhibition print of Wake Up. It will be larger than the other prints with an image size of 30 inches square and a 5-6 inch border. It will be signed and archivable… I’m hoping to get the first proof done by the end of next week. No doubt it will take a few proofs until it is accepted; Storm is incredibly fussy – which is good – about his work.”

Beginning on September 1st, the John Martin Gallery Website will have prints all of the exhibition’s featured work available for viewing and purchase. Headlee confirmed to Zombieguide that the massive special edition “Wake Up and Smell the Coffee” print will also be available for purchase online, although it may not ship immediately due to its late production: “We will though start taking orders from the website www.jmlondon.com from 1st September, there just may be a slight delay (1-2 weeks) on printing until Storm is happy with the quality.” Headlee adds, “Although not limited, it is a special edition only for sale in conjunction with our exhibition … so limited in that only for sale from September 1st until December 31st at John Martin Chelsea or on www.jmlondon.com. They are all archivable and signed by Storm Thorgerson. The price is £175 plus VAT (but anyone outside the EU doesn’t have to pay VAT). That is approximately $315… Larger than others but less expensive than others, as it’s not limited in number just limited in time on sale.” 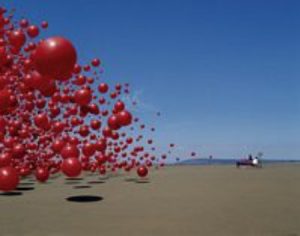 A press kit for the exhibition describes now now-classic Cranberries cover: “The Cranberries cosmos is reflected beautifully with the diptych images used for ‘Bury the Hatchet’. Two themes are represented in this picture: that someone may always be watching (eg big brother, surveillance, terrorist measures) and the internal eye of guilt and paranoid (one’s conscious). In this particular image, the ‘dreaded eye of paranoia’ is hovering over the naked and vulnerable figure. Afraid and pressing down on him with nowhere to escape, the figure covers his head to hide but the eye is still watching. The second image (not shown) illustrates the same figure standing facing the eye, screaming in retaliation and fighting back. We may not be able to escape the all-seeing eye, but we can tell it to fu*k off when we want to!” 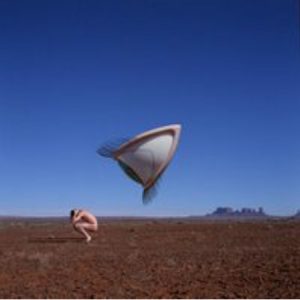 In his 1999 book, “Eye of the Storm,” Thorgerson narrated the snags that his crew went through in photographing the cover for “Bury the Hatchet”: “When we arrived in Flagstaff [Arizona] it actually snowed. Couldn’t believe it. Miraculously the weather cleared further north, providing two glorious days of perfect winter light. On location on the first morning our truck broke down in the middle of nowhere. We got the Navajo heebie jeebies about working on what might be the sacred land, and with what exactly? An evil eye and a naked man! Should be easy to explain (especially to a Navajo). And then we were caught speeding twice.”