Universal Music Distribution on Monday announced the release of a new Cranberries DVD and CD in the 20th Century Masters series for August and September, respectively.

Although details are still forthcoming, both releases appear to be “greatest hits” type offerings and there is no word yet of any extra bonuses.

If these are simply music videos, you’ll be better off picking up the superior Stars: The Best of Videos 1992-2002 DVD released in 2002.

The Cranberries Millenium Collection: 20th Century Masters CD is due to be released on September 27, 2005 in the USA. No tracklisting or cover art has been announced for the CD, though you can count on more details right here in the coming weeks. 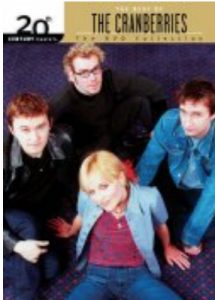 (Note to our friends at The Official Community Corp.: If you would like to “borrow” this news, please kindly credit us.)