You are here: Cran World » The Cranberries » Natasha Bedingfield Picks “NNTA” for iTunes

May 11, 2006  |  Comments Off on Natasha Bedingfield Picks “NNTA” for iTunes  |  by Zombieguide Archives  |  The Cranberries

British singer-songwriter Natasha Bedingfield has picked The Cranberries as one of the bands for her iTunes Celebrity Playlist. Surprisingly, Bedingfield didn’t pick a hit single, but instead opted for the somber title track from “No Need to Argue.”

“No Need To Argue” (Track 12): “I grew up with these guys constantly playing in my house. My sister and I used to try and mimic Dolores’ haunting and emotional vocals…I could never quite get it right but my sister did a pretty good impression. This song has quite a melancholy feel. The organ and choir-like harmonies compliment the subject matter quite nicely.” 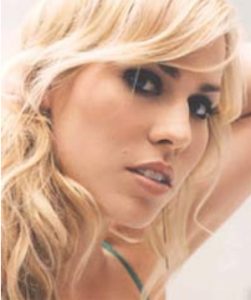 It comes as no surprise, since Bedingfield lists The Cranberries as one of her influences in her official biography.

Thanks to Scott for the tip.