You are here: Cran World » The Cranberries » Hi-Quality “Nothing Left At All” demo MP3s surface

Hi-Quality “Nothing Left At All” demo MP3s surface 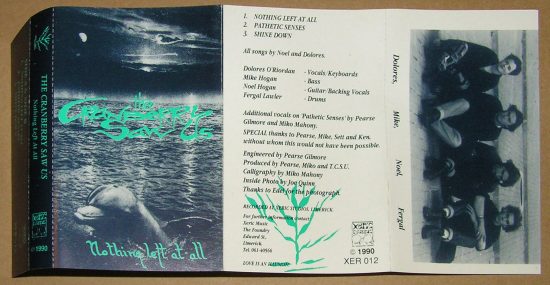 A fan who recently purchased The Cranberries’ first commercially-produced demo tape has made high-quality photos and MP3s of the tape available online.

While “Water Circle” was The Cranberries’ first demo tape in May 1990 (then called by the dreadful pun The Cranberry Saw Us), it was home-made and its liner art photocopied. Later that year, Xeric Records released just 300 copies of the Saw Us’s first commercially pressed tape, “Nothing Left At All” (discography entry).

Zombieguide Forums member Caputokey was lucky enough to snag the extremely rare piece off of eBay months ago and has since put up MP3s and photos on his own server.

While MP3 rips of the tape have been available for years, most of those came from low-quality bootleg copies that had circulated among fans for the past decade. The quality suffered from high nth-generation tape-to-tape copying in the tape trading community in the mid-90s. (Now there’s a story I can tell my grandkids.)

“Nothing Left At All” is the same version that appeared in CD quality on the “Uncertain” EP. “Pathetic Senses” is different from the “Uncertain” EP and features vocals from Dolores’s (allegedly aggressive) boyfriend Miko Mahoney (also did the vocals at the end of “Dreams”) and producer Pearse Gilmore, whom the band accused of making secret agreements with Island during the band’s last days at Xeric. “Shine Down,” later known as “Take My Soul Away,” is the most elusive of the three. This is by far the best recording of “Shine Down” to ever surface.

You can grab them all from this directory, courtesy of Caputokey. (LINK NO LONGER AVAILABLE) 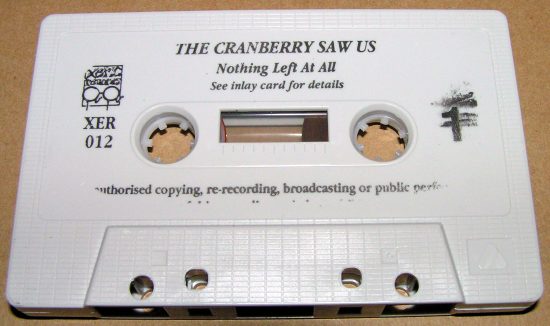 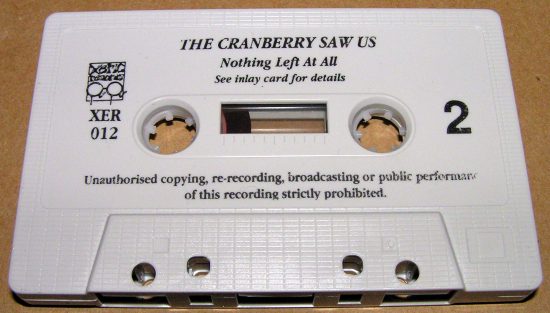