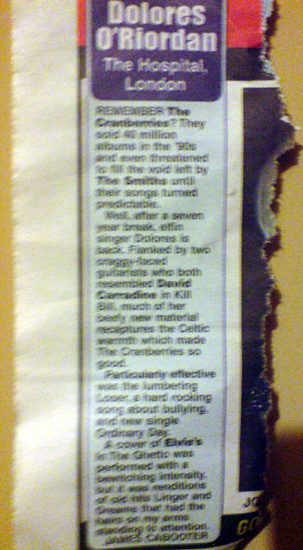 REMEMBER The Cranberries? They sold 40 million albums in the ’90s and even threatened to fill the void left by The Smiths until their songs turned predictable.

Well, after a seven year break, elfin singer Dolores is back. Flanked by two craggy-faced guitarists who both resembled David Carradine in Kill Bill, much of her beefy new material recaptures the Celtic warmth which made The Cranberries so good.

A cover of Elvis’s In The Ghetto was performed with a bewitching intensity, but it was renditions of old hits Linger and Dreams that hadthe hairs on my arms standing to attention. 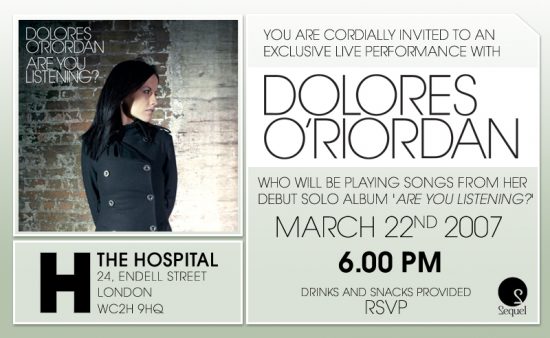 Thanks to robertjames for the news and to dominestar for the invitation image.