Promotional acetate CDs for Dolores O’Riordan’s forthcoming Are You Listening? have been distributed in Japan. It appears that BMI Japan will be handling the distribution of the CD in Japan.

According to the promo’s liner notes, there are expected to be 2 bonus tracks on the Japanese release, but have not yet been announced. 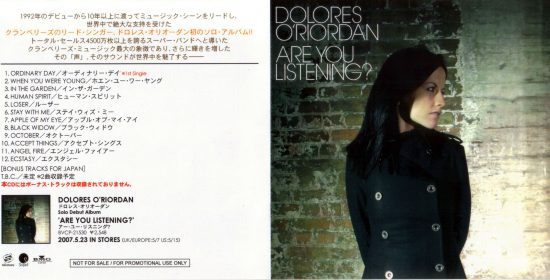 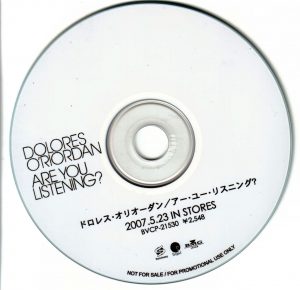