A staff member for San Francisco’s Fillmore just told Zombieguide Forumsmember Hollywood Sav over the phone that “As far as we know, [the concert]’s still on for tonight.”

Fans have been worried whether tonight’s concert (and indeed, further shows) would be canceled due to Graham Hopkins’s medical issue that canceled last night’s concert in Los Angeles.

Ireland’s Hot Press reports that Graham was discharged from the hospital earlier today.

Hot Press also writes, “An official statement on the continuation of the tour is to be released shortly, as Dolores & her team assess the situation.” 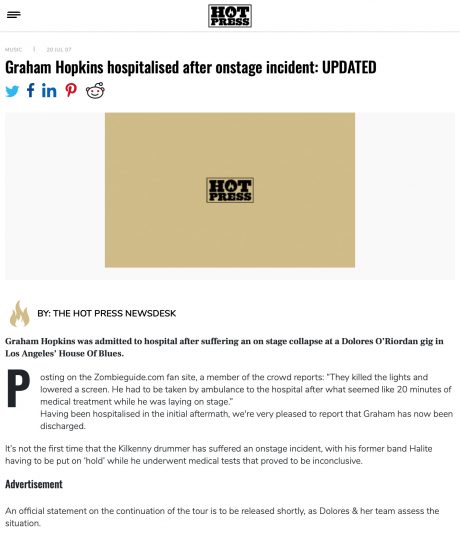